Tule author Leigh Ann Edwards took a beat to talk about her new release, The Norse Protector (Book 1 in the Vikings of Highgard series). 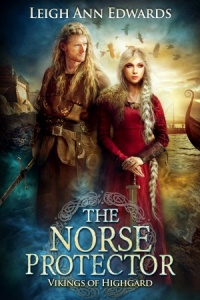 What kind of Viking research did you do?
To research the Vikings, I read three different books – one on day to day life of the Vikings, one on the history of the Vikings, and one on Norse Mythology. I read a variety of shorter research articles in books and on the internet. I often consulted the Internet when searching for Old Norse names for the characters in my series. I re-watched the Netflix series – The Last Kingdom and the History channel series – Vikings. 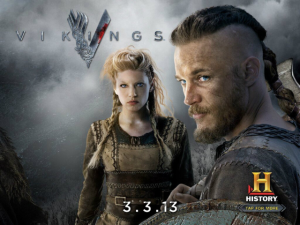 I went to a Viking exhibit in a nearby city and was able to see amazing Viking artifacts and an actual Viking longship that was pulled from the bogs in Denmark. The exhibit was invaluable to my research for it offered a visual and tactile experience. It was interesting to see how their clothing and jewelry would have looked and felt. I was able to hold a typical Viking sword and shield and was surprised how heavy they were. There was a simulation exercise in rowing a Viking ship. I commend the strength and endurance the Vikings would have needed to possess.

I hope to soon visit L’Anse aux Meadows, the Viking settlement in Newfoundland Canada which dates back over one thousand years. My dream is to one day visit Norway as my great-grandfather came to Canada from Norway. Our family roots are allegedly traced back to Erik the Red. My grandmother swore it was true, but unfortunately the Norwegian ancestry records I have researched don’t go back that far. When I make it to Norway, I hope to search further. 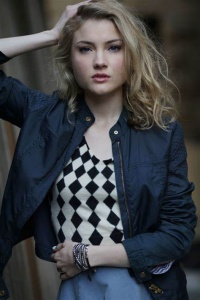 Which actress do you envision to play Torunn?
I envision Skyler Samuels playing Torunn. Her blue eyes and beautiful facial structure really reminds me of how I envision Torunn. Skyler isn’t as tall as Torunn for I imagine Torunn to be about 5 ft 11 in.

What is Brandr’s most cherished possession?

Brandr is a Viking warrior and has survived alone in the wilderness for some time, therefore he isn’t much into material possessions. However, I think his favorite possession would likely be his bow as he is a highly-skilled archer. He uses his bow for hunting and protection.

What is next for the Vikings of Highgard series? 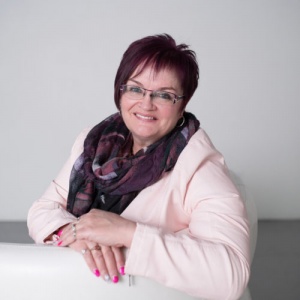