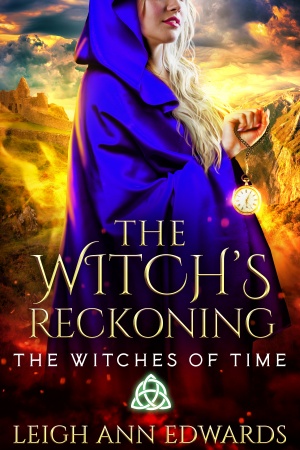 They’ve prevailed against the greatest of odds, but will the ultimate battle lead to their reckoning?

The beautiful Irish witch Alainn O’Brien and her husband Killian, a handsome warrior chieftain, have been in love most of their lives. While danger has followed the gifted witch and her sovereign guardian ruthlessly and relentlessly, their love and commitment have always saved them. But now, finally returned to their castle, they and the other witches and guardians must face what may be their greatest challenge yet—the long-predicted battle between light and dark magic.

With death in the air, secrets revealed, others concealed and a spell of discontent placed upon the chiefdom, threatening even the strongest relationships, Alainn and Killian’s troubles grow exponentially. When they receive an ominous invitation to meet with the infamous Dark Lord Odhran, they must decide if it’s worth the risk.

To defeat Odhran, they’ll need to band together and combine their powers, crossing the realms of time and pushing the boundaries of magic. Who’ll live to see the battle and who’ll live through it?

This book will begin shipping October 4, 2021

The Witch’s Reckoning is currently available in digital format only: 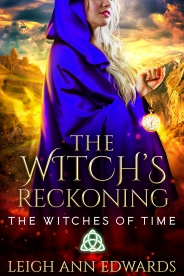