Taming of the Sheenans, Book 2 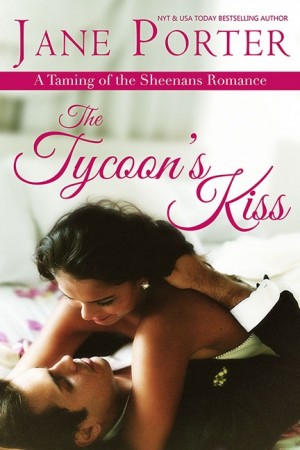 Taming of the Sheenans, Book 2

“What is it about me you don’t like?” Troy asked, genuinely curious.

“It’s not personal—“ Taylor broke off, frowned, dragged her coffee cup and saucer closer to the edge of the table. “Well, maybe it is. And that’s not fair of me, but the fact that you and Jane have history, and the fact that Jane continues—“ she broke off again, her cheeks turning pink. Her gaze fell to the table, her long black lashes dropping to hide her eyes. She pushed the saucer again. “She’s my friend, my good friend, and I don’t want to create problems for you, or her, or me.”

“Most admirable,” he said, meaning it, finding everything about Taylor interesting and refreshing. “But you do know that Jane and I were friends before we dated, and we dated briefly as an experiment—an experiment that didn’t work out—but we managed to preserve and protect our relationship, so that we continue to be good friends today.”

“I don’t know that you could say we were ever truly together.”

“Jane was in love with you!”

He frowned. “I know she says that—“

“You doubt her feelings?”

Troy stifled a sigh. He shouldn’t have ever gone down this path. “No, I don’t,” he said firmly. “But Jane and I only dated for a couple weeks. Two and a half. Three. For a total of five dates. I knew it wasn’t right on date one, but I liked Jane so much. I liked her fire and ambition. She’s a great girl. Smart as a whip. It was easy to spend time with her. But at the end of the day, I didn’t have…romantic…feelings for her.”

Taylor stared at him from across the table, her eyes wide, expression somber. “Then you shouldn’t have slept with her.”

Troy nearly fell off his chair. “What?”

“You should never sleep with a woman you don’t have feelings for.” Taylor’s soft full lips pressed into a hard, uncompromising line. “Women fall in love through making love. It’s a bonding thing for us. Hormones and chemicals and—“

“We never slept together,” he interrupted, his own jaw set, suddenly irritated by the direction their conversation had taken, as well as Taylor’s low opinion of him. “We never had sex. Jane and I had too much history to just jump into bed together.”

For a moment Taylor said nothing, gazing at him intently from behind her big glasses.

For the first time since they’d sat down she seemed to have nothing to say.

He was fed up with this conversation, as well as having to defend himself. He didn’t even know why he felt compelled to defend himself to a little mouse. Except for some ridiculous reason he wanted her to understand how the relationship with Jane had been. Not how Jane had wanted it to be.

“Not everybody clicks,” he said crisply, battling his impatience and annoyance. “Not every man and woman belongs together.”

He saw a flicker in her wide green-brown eyes and a tiny pulse begin to dance at the base of her throat and he wished to God he could read Taylor’s mind right now and know what she was thinking. Feeling.

Did she truly have no feelings for him at all?

Or was she that protective of Jane?

Or was she simply…scared…that they were so different?

“A relationship can’t go the distance without friendship and mutual respect,” he said, “but there must also be chemistry.”

“Chemistry,” she repeated, before chewing on the inside of her soft lower lip.

He eyed the lip, seeing how her white teeth bit down into the pink plumpness and he wished it was his mouth on hers.

If only to know if they had chemistry.

It would be such a relief if there wasn’t anything between them. It would be the best thing for both of them if he kissed her and he felt nothing…absolutely nothing.

He should kiss her and find out.

Kiss her and be done with this foolishness.

They weren’t meant for each other. Troy didn’t do long distance relationships. Troy didn’t ever intend to live in Montana again.

“You didn’t have chemistry with Jane?” Taylor asked quietly.

She fidgeted with the small ceramic saucer. “How did you know?”

“Yes?” Taylor prompted, her voice but a whisper.

“Like her cousin or brother.” He hated saying all of this aloud. He wanted to protect Jane then, and now. “She’s smart and witty and perfect…for someone else, that isn’t me.”

He drew a deep breath, feeling awful. He’d disliked breaking the news to Jane eighteen months ago, and didn’t enjoy revisiting the topic now. “I ended it quickly with her. Perhaps that was the most hurtful part. We had a great date the Saturday night before, and she was expecting another great date, but instead over dinner I told her that although I cared for her, it wasn’t going to work. Would it have been easier by text or email or voice mail? Yes. But it wouldn’t have been fair to her. I don’t lead women on. It’s never been my style.”

For a long moment Taylor studied him, her fine arched brows pulled in concentration. “So you could just be friends with me?”

He saw relief in her eyes. And then he ruined it all by adding, “As long as I didn’t physically want you.”

Her brows shot up. Her lips pursed. “You wouldn’t want me.”

“What is your type?”

She gestured a hand in his general direction. “None of this.”

He should be insulted. Instead he nearly choked on smothered laughter. “Why not?”

“And yet all those things go so well together.”

She glared at him even as her cheeks glowed pink, a dark luscious pink that made her eyes shine and her lips look positively edible. “We won’t go together. We won’t…click.”

And yet her eyes were very bright and that little pulse at the base of her throat was beating wildly. Erratically. She was very aware of him, and very much engaged in the moment. And Taylor might not admit it, might not even know it, but she was as curious about him as he was about her.

And he was very curious about her right now. About her mouth and her taste and her smell…

“Perhaps you’d feel better putting it to the test?” he drawled, smiling inwardly as her eyes sparked and her teeth came down on the bottom lip again. “That way you can rest,” he said, his blood hot in his veins, his body heavy, thick. “Relax,” he added, “reassured that you are right, and that there is…nothing…here.”

The silence crackled and burned.

She licked the seam of her lips as if her mouth was suddenly too dry.

Just like that, he hardened. At thirty-five Troy Sheenan didn’t walk around with erections, or get spontaneous erections. He wasn’t aroused by merely pretty faces, either. Not anymore. Because he craved more from a woman than lips and breasts and a firm butt.

He needed more. He needed his mind engaged and his senses engaged. Like they were now.

She wondered if there was chemistry.

He’d bet a thousand dollars—no, five thousand dollars–there was serious chemistry here, and she was either too innocent, or too inexperienced to recognize it. But this tension, this heat, this frustrating and yet wonderful anticipation was chemistry.

“I’m going to kiss you and see if I feel anything. If I don’t, then I can safely promise you that if you went to the ball with me, it’d just be as platonic friends.”

“But if you do?” she whispered, brows knitting.

“Then I’d probably have a difficult time just viewing you in a platonic light.”

“Or we could, and we’d both have a lot of fun, knowing that we’re attending a very special event for Marietta, something that might not ever happen again. We’d dine and dance, and sip champagne, and I can promise you that there would be no other woman in the ballroom that I’d rather be with, than you.”

Taylor stared at him and swallowed hard.

Tired of talking, fed up with thinking and waiting, Troy leaned across the table, captured her chin in his hand, and covered her mouth with his.

The Tycoon’s Kiss is available in the following formats: 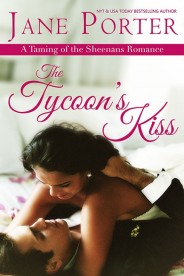 Did you know that The Tycoon’s Kiss and many titles are available digitally from Tule's own bookstore? Check it out!