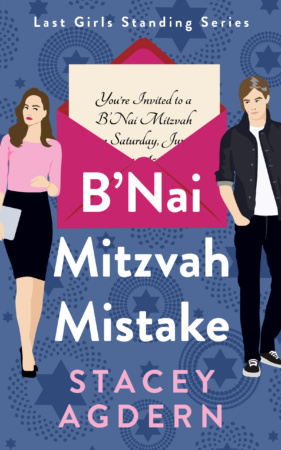 Sharing isn’t caring when it comes to your big day.

Judith Nachman loves working as a project manager at the Mitzvah Alliance charity, and after five years, it’s finally her turn to have the bat mitzvah of her dreams. Judith is enjoying every single moment of the process—until she learns she has to share her day with the annoying hockey player who derailed her sister’s career.

Retired hockey player Ash Mendel is determined to start an organization to support Jewish athletes, and the first step is to have his bar mitzvah. He’s not sure what he wants his day to look like, but he knows he definitely wants forgiveness from Judith, the woman he’s sharing the date with.

But Judith’s nephew needs to interview an athlete, and Ash needs professional advice for his foundation, so they exchange favors. Except as they get to know each other and their worlds start to mingle, Ash and Judith will have to decide whether sharing their lives as well as their B’Nai Mitzvah is the best decision they could make, or the biggest mistake of their lives.

B’Nai Mitzvah Mistake is currently available in digital format only: 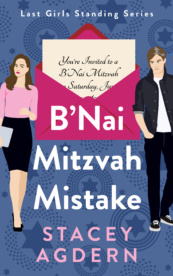