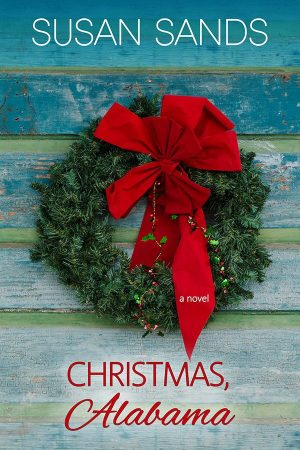 Photographer Rachel Prudhomme has finally settled in Ministry, Alabama. Sure, the pace is slower, and she’s had her heart blessed more times than she can count, but putting down her roots where her family is feels right, if only the town’s new doctor and now neighbor weren’t so hot and constantly igniting her dreams. How can she keep her vow to steer clear of men when he keeps sauntering across her path?

For Dr. Nicholas Sullivan to get his dream job in Atlanta, he must fill in at Ministry General, where they’re short staffed for the holidays. He never expects to fall for his beautiful next door neighbor, Rachel.

Soon, Nick and Rachael make a deal. They’ll pretend to date so Rachael can avoid the scrutiny from her family to “find a good man” and Nick can avoid the single lovelies in town who take his short stay as a challenge. Amidst the carolers, Christmas lights, and an unlikely Alabama snowstorm, Nick and Rachel can’t help but notice the powerful emotional and physical attraction between them. Will a Christmas miracle be all it takes to make all of their dreams come true?

Rachel Prudhomme absorbed more truth through the lens of her camera than words, true or not, could speak. Eyes didn’t lie. Expressions caught off guard didn’t lie.

The bride wore an exquisite white, off-the-shoulder beaded gown, and the groom, a sharply-tailored black tux. Their smiles were radiant. The wedding party smiled, and their families, despite a few obvious squabbles, smiled too.

But something was off. It wasn’t obvious, and Rachel might have missed it had she not zoomed in on her subjects—the bride and groom—through the viewfinder. They weren’t the dreamy, happy couple they appeared to be. There was a tightness around the eyes and mouth of the groom. A sadness behind the smile of the bride.

Yet, everyone was participating in this expensive and very public lie, and all were smiling their way through the photos and poses. Or maybe it wasn’t quite a lie, but more of an imbalance. Vows were made and cake was cut amidst the flowers and music. The band played and the guests danced. Maybe nobody knew anything was amiss, or if they did, they pretended they didn’t.

Rachel had learned the hard way that this was none of her concern. Maybe they’d had a fight over the cost of the wedding, or the destination of the honeymoon. Or, perhaps he’d waited too long to propose. Whatever was at play here, weddings brought out the stress and inner beast in everyone, all while they smiled and played the parts of the happiest people on the planet for their families and friends. The photos were the key to remembrance. This was a Thanksgiving wedding. The food was heavy, harvest fare. The flowers were deep shades of crimson, linen and champagne, and golds. The greenery was heavy and dark. The autumnal tones, spicy cinnamon candles, combined with the cool temperature outside set the stage for rich, lasting memories.

So, Rachel would do her job to cement the memories for this couple, hopefully, a lifetime’s worth. The stress, the fight, or whatever had happened prior to the ceremony wouldn’t carry through when they looked at their wedding photos in ten years if Rachel did her job well. The photos made the re-remembering pure perfection.

“Hey, Rach, could we get a shot of Grandma Jean with the garter on her leg?” the bride asked, her smile bright.

The alcohol was clearly doing its job now. “Sure.” Rachel followed the bride to where the elderly lady was perched on the best man’s knee, skirt hiked. “Okay, Grandma Jean. Show us some leg!”

Everyone laughed, and all was well. Rachel wondered for a moment if she’d imagined the earlier angst. Not likely, but she continued snapping photos until the “happy” couple was tucked into the getaway car and celebrated out the drive.

Rachel took a few more shots of lingering guests who asked to have their picture taken, and then, after they finally trickled out the door, she took refuge in the large, renovated kitchen of The Evangeline House, the most popular venue in Ministry, Alabama for all the goings-on in town.

“That one lasted a while. I thought we were going to have to shoo them like flies out the door,” Miss Maureen, the owner said. She was sipping tea on a barstool, her sensible black flats kicked off on the floor.

“Once the bar was shut down and the band packed up, you’d have thought they might have gotten the message,” Rachel said.

Miss Maureen laughed. “You never know how late weddings will go. It often depends how young the crowd is and how much alcohol they consume. Did you get some good shots?”

Rachel nodded. “They were all very photogenic. No major catastrophes.”

“They were out-of-towners from Huntsville, so I don’t know the family. They seemed pleased with everything. Paid their bill, said thank you, and left.”

“Seems like there was something underlying with that couple, don’t you think?” Rachel asked.

Miss Maureen laughed. “Oh, honey, I’ve been doing this for more years than I can count, and there’s always more there than meets the eye. I quit trying to figure people out ages ago. I’ll leave that up to your sister.”

Rachel smiled. Her sister, Sabine, was the town’s clinical therapist, and she was continuously booked up. “Must be hard knowing all the town’s secrets.”

“She bears it well, all things considered. So, how are you settling in here? Are the people of Ministry treating you well?” Miss Maureen had a shrewd and sharp eye.

Rachel had put her feet up on a chair, feeling comfortable here in this place with this woman who was her sister’s mother-in-law. Sabine had married Miss Maureen’s son, Ben, who was now the mayor of Ministry, last year. Rachel had moved here to be near her mother and sister after some chaotic years flitting around as a freelance photographer.

“I’m doing pretty well; thanks for asking. It’s not exactly an open society here. So, I expect it will take some time to feel like a native.”

Miss Maureen laughed. “A native? The best you can expect as a lovely single woman is open hostility from the other single women and their mommas until you find a man and get yourself off the market.”

Rachel snorted. “Yeah. I’ve noticed. There aren’t a lot of unattached men around here that have all the desired qualities.” Like a decent job and most of their teeth.

“So, the race is on when one does come along. Better be careful not to get caught in the fray when it happens.” Miss Maureen rolled her eyes. “Those women will be on him like a pack of rabid dawgs, I tell you.

Rachel loved the accents here. She had her own slight drawl, she supposed, but it was more indicative of her upbringing in Louisiana. “I appreciate the fair warning, but I’m not on a major man hunt at the moment. Life has been exciting enough lately without bringing that into the mix. I’ll let the others go after the bachelors, should they pop up.”

The older woman waved her hand like she was swatting a fly. “It’ll happen when it happens, sweetheart, and you’ll be in the thick of it before you know it.”

Rachel smiled. This tiny town wasn’t so bad. She’d enjoyed getting to know people, mostly her sister’s husband’s people, the Laroux family. Heck, they seemed to make up half the town. Coming from New Orleans, this slow, slow, way of life was a bit of a culture shock.

“Well, I’d better get moving. I’ve got lots of editing to do on these shots. They’ll want them yesterday if they’re anything like every other bride and groom I’ve ever photographed.”

“I’ll be there. Thanks again for including me.”

“Nonsense. You’re family; we wouldn’t have it any other way.”

“Nick, it’s a favor to the new VP of operations—to me. Yours is the only contract up for renewal in the next few months. And it would merely be through the first of the year.” His administrator’s tone had taken on a near-whine.

“I’m a trauma surgeon at one of the largest hospitals in Atlanta. How does this happen?” Nick asked aloud, maybe to himself as much as his admin.

“There isn’t anyone else willing, for any amount of money. They’re all married with families and time left on their very specific contracts. You’re the one we can leverage—and bargain with. The company is willing to make it worth your while. Look, they know you don’t have a wife and kids, so it makes you more portable for the coming weeks.”

Unclenching his jaw, Nick glared at his administrator. “Fine. I’ll do it. But not past the end of January. Figure something else out beyond that. I want the position at Emory waiting for me to step into when I return, just like we discussed before this came up.” The coveted Emory job was what Nick had been working toward for the past couple of years, the position he’d been working his way toward at Grady Hospital while he’d been up to his elbows in gunshot, car accidents, and stab wounds every day. This had been part of the “paying his dues” portion of his training—and an integral step in learning to be the best trauma surgeon around.

Dan nodded and stuck out his hand to shake Nick’s. “I’ll speak with the powers-that-be. The job’s had your name on it since Doctor Jacobs announced his intent to retire last year. I’ll see about getting the paperwork drawn up.”

Nick felt the warm wave of negotiative success wash over him. Then, the cold splash of reality. He was headed to Ministry Alabama for the next month or so. Good, God. He could hear the banjos twanging already.

Christmas, Alabama is available in the following formats: 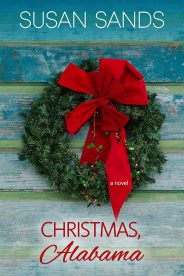 Did you know that Christmas, Alabama and many titles are available digitally from Tule's own bookstore? Check it out!