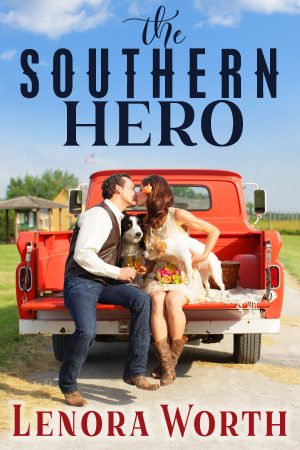 When reclusive war hero, Sam Hinson, is asked to be the best man for his friend Brodie Steven, he heads to the small town of Spirit, Louisiana, only to find out from the bride’s gorgeous older sister that he needs to deliver the “best man” speech at the wedding reception. He doesn’t like to even be in a crowd, let along speak to one.

Still hurting from her ex-husband, Madeline Sonnier Parker is ready for a little temporary romance. She tells Sam she’ll help him write his toast to the bride and groom if he’ll help her aggravate her ex-husband. But Sam’s been used before, and after being around Madeline, he decides he wants more than what she’s willing to give.

Their pact sets off a string of revealing old hurts and new fears as Sam and Madeline come together. But once they begin opening up to each other, they realize that this wedding bargain might just be the start to something more…

He missed the ocean.

The crash of the waves against the shore. The sound of the seagulls cawing overhead. The mist of humidity that hit him each time he went for an early morning run.

Well, the humidity was here in Northwest Louisiana but it was different. It hit him like a wet rag and fell over his body with a cloying dampness that left a shiver on his skin. Because it was February.

Here, there was no ocean breeze to push at that dampness, no palm trees to give the illusion of fans blowing in the wind.

Here in the little town of Spirit, there were tall pines and big, towering oaks and cottonwood trees. The woods had been stripped by winter’s wind and decaying leaves in shades of gold, russet and brown shuffled and danced at his feet.

Today, it had been unseasonably warm according to the locals. But the humidity stayed and changed from hot to cold in the blink of an eye. Kind of like Florida.

It was Mardi Gras season and even though it was February, a hint of sunshine warmed the late afternoon air. A hint of sappiness and what Brodie would call “romance” was also in the air.

Valentine’s Day was on its way.

And he had to attend his best friend’s wedding. Not only attend but be a part of it.

Because Sam Hinson had reluctantly agreed to be Brodie Stevens’s best man.

“I don’t do weddings,” he’d told Brodie a few months ago after Brodie had announced that he was marrying Michelle Lancaster in her hometown of Spirit, Louisiana.

“You’ll do this one,” Brodie had assured him. “You have to be there, Sam. I need a wingman. I need you to be my best man because well, you’re my best friend.”

How could Sam say no to that?

So here he stood looking at the Red River, which truly was a muddy, brown-red soup that worked its way through the Texas Panhandle and parts of Oklahoma and Arkansas while it gurgled and flowed like a rich roux to meet up with the Atchafalaya Basin and the Mississippi River somewhere down south of here.

Well, at least it was moving water.

Sam whirled to head back to the Sonnier home where Michelle and Brodie were joining friends and family for a pre-wedding dinner consisting of everything from gumbo and fried catfish to venison stew and several kinds of seafood with all the trimmings. Louisiana was the sportsman’s paradise, after all. That was the state’s slogan plastered on every license plate. The wedding was this weekend so Sam planned to eat his way through the three days before the big event.

In spite of feeling alone in this blissful crowd, his stomach gurgled with anticipation.

But then he heard another sort of gurgling.

This wasn’t the river. Or a hungry stomach.

No, this sound was more of a sobbing.

Sam owned his own business back in Driftwood Bay, Florida. Sam’s Surf Shack was part bar, part café, part bait-and-tackle, and a whole lot of whatever else it needed to be. So he was used to being shopkeeper, counselor, friend, fishing guide, flirty friend and a multitude of other things.

But he did not know how to deal with a feminine hissy fit.

So he kept walking and hoped whoever was having this little meltdown would let him pass in peace.

But it wasn’t to be.

“What are you doing here?”

Sam whirled, thinking her tone sounded of stomping feet and hands on hips.

She stood there with swollen, red-rimmed gold-tinged eyes and windblown, burnished brownish-blonde hair, her hands on her hips in a Wonder Woman stance that only added to the allure.

While a tiny, white-and-tan spotted dog growled low at Sam.

“I’m sorry,” Sam said, wanting to get away from all that emotion—in the woman and the dog. “I didn’t see you there.”

“But you heard me,” she said, moving a little closer to him and a little too far away from the path she’d worn into the grassy levee, the little dog trotting with her. “I can’t seem to find a private spot to have a good cry.”

Sam held up his hands in surrender. “Actually, I was out here looking at the river and hoping to find some privacy myself. And now I’m about to go back to the house and find a closet or a basement.”

She studied him from head to toe, her expression turning from aggravated to sheepish. “We don’t have a basement, but you can borrow the closet in my old bedroom upstairs if you want,” she said on a deflated breath. “There’s a cozy corner right in the back behind my boot rack.” Staring out at the river, she said, “I used to hide there when I was little.”

She stared at him with those golden-brown, misty eyes that reminded him of a fine whiskey. Amber and liquid and mysterious.

And Sam didn’t even drink.

“You’re Brodie’s friend,” she said, making it a statement instead of a question.

“Yep. That’s me.” The one who doesn’t come inland very much.

Another statement. And a good observation.

“Me either,” she said, swiping her hand across her face. “I mean, I did one wedding. My own. And that ended so badly, I don’t like weddings anymore. But I can’t let down my sister. She’s expecting me to stand up there with her, you know.”

He did know. And mercy, this meant he’d be standing across from this interesting, conflicted beauty. This didn’t bode well for Sam at all. This woman raised his hackles and made him want to be all protective, even though he barely knew her. Had only been around her for a total of about five minutes.

Maybe he needed to get out of Florida more often. Or never leave again.

“Ah, the best man.” She gave him a bold once-over, appreciation coloring her eyes. “Michelle loves you.”

He smiled at that. “Well, I like Michelle. She’s good for Brodie.”

“Brodie’s good for her, too. But she likes you because you don’t give her any grief and you always have her favorite bagels.”

“I try to keep my bagels in order, yeah.”

She rolled her eyes at that lame reply and lifted the antsy dog into her arms. “I’m Madeline Parker. Maddie for short.”

“Nice to meet you, Maddie for short.” Since he’d noted she’d once been married, he added, “Madeline Sonnier Parker officially.”

“Yes. Why haven’t we met before?” she asked. A real question. But with a bit of suspicion tumbling over an obvious curiosity.

He shook his head. “I’ve been staying out of the fray,” he admitted. “I’m renting a room not far from here at that rustic place up the road.”

She looked him over, surprise in her eyes. “The Swamp House Cabins?”

“Hunters and fisherman like those primitive cabins.” She shrugged. “My ex-husband owns the Swamp House Cabins.”

“No, you have no reason to see him. He lives in Dallas now in a fine, big house with his fine, new, cute little wife. But he still has a lot of property around here. And he thinks I’m still his property.”

She gave Sam a look that battered like a machine gun. “No, I am not. I have my own business here. Madeline’s Closet.” She glanced out at the river. “It’s a boutique—women’s clothes and accessories.”

Sam didn’t even want to get into a discussion about women’s clothing. He barely had enough shirts and jeans to make it through this week. “That’s good. I mean, I’m glad you’re in business for yourself.”

“Good and bad,” she said, moving past him in nicely worn brown boots, and even better, nicely worn tight jeans. “My ex owns the building so I have to pay him rent, but I make a nice profit. We’re busy right now, what with Valentine’s Day coming. One day, I’ll buy my own place. And I’ll be free of him. At last.”

With that parting promise, she set down the dog and worked her way back toward the lane leading to the big log house up beyond the earthen levee. Then she turned and smiled. “It’s good to finally meet you, Sam. I’ll see you at supper.”

“I guess so,” Sam called after her, watching as she made an impressive beeline away from him.

The Southern Hero is currently available in digital format only: 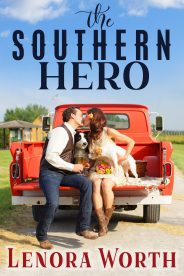 Did you know that The Southern Hero and many titles are available digitally from Tule's own bookstore? Check it out!