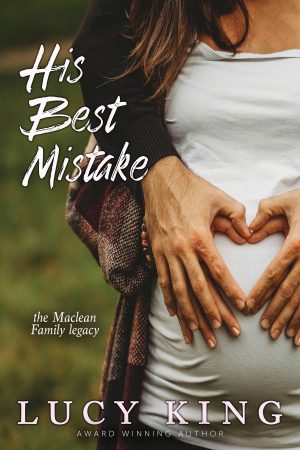 Is it too much to ask for a relationship that works?

When Stella Grant realises her perfect romance is a lie and that she’s the other woman, she flees to her remote cottage in the Highlands to lick her wounds.

Billionaire currency trader Jack Maclean has nothing but contempt for the woman who stole not only his sister’s fiancé but quite possibly a family heirloom to boot. Nonetheless, he wants answers and he intends to get them. A quick trip north should do the trick. Never in a million years could he have predicted a kamikaze sheep and inclement weather would leave him stranded.

Jack might be gorgeous but Stella isn’t in the market for a man, especially one who hates her. No matter how attractive he finds her Stella is the very last person Jack should want. The trouble is, they’re all alone and the chemistry is irresistible, and, well, what happens in Scotland stays in Scotland, right?

There. She was done.

Sticking her brush into the jar of murky water that stood on a table beside the easel Stella Grant took a step back from the painting she’d been working on. She cast a critical eye over the blur of bright colour that was supposed to depict the bowl of fruit sitting on the windowsill, and frowned.

How she was able to wield a pencil with a deftness and skill that had given her both a career and a sideline she loved yet was all fingers and thumbs when it came to a paintbrush was an eternally perplexing mystery. But ultimately it was irrelevant. This picture, along with the other twenty-four that stood rolled up against the wall of the guest room slash studio, was merely a means of catharsis and therefore destined for the fire.

Unlike the other twenty-four, though, today’s effort was unique. There were no shattered hearts bleeding across the paper. No mangled, dismembered male body parts lying next to bodies in various states of decay. No anguished slashes of black and grey and crimson. Just some plums and some bananas, and lots of yellows and oranges, purples and greens.

Which meant that she was finally over what had happened.

Not that she deserved a quick and easy fix. She’d slept with someone else’s fiancé. She’d broken up an engagement. Inadvertently, sure, because Ben – or Brad, or whatever his name really was – had made no mention of a fiancée when she went out with him that first time. In fact, he’d been very specific about being entirely young, free and single, the despicable, lying shit. But still. The guilt and shame had been unbearable. And the hurt. God, the hurt… She’d really, really liked him. She’d even thought he might be The One, stupid, deluded idiot that she was.

But this morning she’d woken up and for the first time in three and a half weeks she hadn’t wanted to cry. Or be sick. Her heart hadn’t felt like it was being pushed through a mangle. She’d actually managed to muster up a smile when a shaft of weak winter sunshine had broken through the dense cloud and turned the bleak, barren Scottish landscape momentarily spectacular.

And it was then that she’d begun to entertain the notion that she’d recovered. Yes, she’d been a fool, but what had happened was his fault, not hers, she knew now, and she was done beating herself up about that at least.

Feeling marginally better than she had at any point since New Year’s Eve when she’d learned that she was the Other Woman and her life had imploded, Stella cast one last glance at the painting then turned to head out of the room.

And stilled as she caught a flash of something out of the corner of her eye.

Frowning, she turned back, walked towards the window and peered out into the rapidly deteriorating weather. A four-by-four was making slow, awkward progress down her track.

Which was very odd. Apart from Mrs Murray, who ran the local shop she frequented once a week to stock up on supplies and who had thankfully picked up on her reluctance to chat, no one knew she was here. The cottage was way too isolated for anyone to simply be passing by and, anyway, it stood at the end of the track; it was a destination, not a midway stop.

So what was the vehicle doing here? Was the driver lost? Had someone come looking for her? Or was there some other altogether more nefarious reason for the visit?

At the thought of what that might be Stella felt her pulse pick up, and adrenaline surged because she was here all on her own. Anything could happen to her and no one would know for days, weeks, possibly even months.

Heavens, she had to calm down. She really did. She was overreacting. Being ridiculous. She’d been on her own too long, with nothing but sheep and her conscience for company, and her imagination was taking advantage. Any minute now the four-by-four would stop, turn round and –

Instead, to her horror, it suddenly swerved. Slewed off the track. Tilted one way, the other, then landed at a horrible angle in the ditch.

And then there was nothing.

For one heart-stopping moment, Stella stood frozen to the spot, watching, waiting, her blood pounding in her ears. Where was the driver? Why weren’t they getting out?

Oh, please let them not be hurt. Her house was miles from the nearest neighbour, let alone a hospital, and her car was useless in this weather. Plasters and aspirin were about all there was in the cottage’s first aid kit and she was no nurse.

The seconds ticked by like hours and there was still no movement coming from the vehicle, which meant concern for her own personal safety be damned. What were the chances of the driver being a danger anyway? Virtually non-existent, that was what, and, quite honestly, she’d had enough on her conscience recently to last her a lifetime.

Galvanised into action, Stella sprinted out of the room and down the stairs. At the front door she shoved on her boots and gloves and grabbed a coat and a hat, and then she was racing down the drive, through the gate and along the track, oblivious to the bitter cold and swirling snow.

By the time she reached the vehicle her lungs were burning and her cheeks were stinging but that wasn’t important. Hissing was coming from beneath the hood of the vehicle and something deep inside the beast was creaking. The airbags had exploded on every conceivable side and partially obscured the clearly male driver, but there was movement and there was swearing, which meant that at least he was alive, thank God.

Clambering into the ditch and reaching up, Stella yanked on the door handle and pulled the heavy door back as hard as she could until it clicked into place.

“Are you all right?” she said, panic and exertion making her sound breathless and shaky.

“I will be,” he growled, his deep voice – or, more probably, the cold – sending shivers down her spine. “Once I get disentangled from this.” He was shoving at the deflated yet still billowing fabric, but the airbags didn’t appear to be going anywhere.

“What happened?” she asked.

“Sheep. One minute the track was clear, the next a bloody sheep was bolting across it.”

A sheep? She hadn’t seen a sheep. But then it was snowing – lightly, sure, but wildly – and she’d been looking at the vehicle rather than the road. “They’re not used to cars around here.”

“They should all be rounded up and shot.”

“Too many bloody potholes to go above twenty. It’s taken me three hours to do fifty miles. The roads are atrocious and the suspension in this thing is lousy… Jesus… There should be a penknife in the glove compartment. Can you get it? I can’t reach past these sodding things.”

Desperately relieved that he seemed to be OK, if understandably irate, Stella opened the passenger door behind him and climbed up onto the tan leather back seat. Then she wiggled her way through the gap in the front seats, vaguely and totally irrelevantly noticing that he smelled fantastic, and leaned forward and down to open the glove compartment. She found the knife amongst his keys, wallet and phone, handed it to him and then sat back and watched from behind as he began hacking away at the fabric.

Goodness, he was broad, she thought with a frown. And big. And he was now wielding a knife.

Maybe she ought to have grabbed the fire poker on her way out. Better still, she probably ought to just get out now and leave him to it. He sounded normal enough, but who knew? And smelling great was no indication of character. Ben – no, Brad – had smelled heavenly and look what a tosser he’d turned out to be.

Her imagination took off again, her head filling with images not unlike those that were splattered across her canvases only with her as the subject matter. She was just about to leg it when the airbags were free and he was shoving them onto the passenger seat and – thankfully – stowing the knife.

While she let out a quick sigh of relief, he turned the key in the ignition. The engine spluttered. Died. He swore. Tried again. And again. But nothing happened, and it began to dawn on her that he – and consequently they, since she could hardly leave him out here to succumb to hypothermia – could be in quite a pickle.

“Do you have a mobile that works?” he muttered, fiddling with something beneath the steering wheel.

She shook her head and not for the first time it struck her just how isolated the cottage was. It hadn’t bothered her before, in fact she’d actively welcomed it, but now when she needed to be practical she had to admit it wasn’t ideal. “Nope. Sorry,” she said. “No signal anyway. Too remote.”

“Remote is an understatement.”

“What are you looking for?”

“The fuel cut-off switch. It would have flipped when the airbags deployed.”

As she watched him rummage around in the depths of the footwell she decided there really was something very attractive about a man who knew his way round a car. Once, when she and Ben/Brad had been out on what in hindsight had been a rather furtive visit to a local restaurant, they’d had a puncture and had had to call for roadside assistance.

She had no idea what she was basing it on but she got the impression that this man would simply haul out the jack and the spare wheel and get on with it. He wouldn’t care about dirt on his jeans or oil on his hands. And she’d bet her favourite charcoal set that he’d never been near a manicurist in his life.

Evidently having found what he was looking for, he straightened back up and tensed, inhaling sharply as if in pain. Although she could only see his profile he looked as though he was wincing, which made her wonder if, despite both his claims to the contrary and his apparent lucidity, he wasn’t all that OK.

“Are you hurt?” she asked, filling with concern and alarm because what if he had cracked some ribs or had a collapsed lung or something? What would she do then?

He tried the ignition again, twice, but still to no avail. “Damn.”

His Best Mistake is available in the following formats: 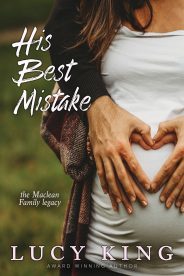 Did you know that His Best Mistake and many titles are available digitally from Tule's own bookstore? Check it out!