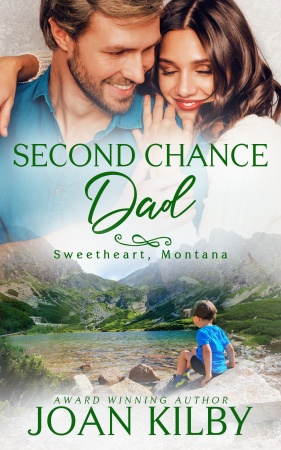 Thanksgiving is a time for family…

As a young widow and mother to a three-year-old boy, Sarah Mills’s life is complicated, becoming more so when her high school sweetheart, Daniel, moves back to Montana. He left her behind after graduation and she married his brother, only needing Daniel’s services as a sperm donor when she and her husband couldn’t conceive. Now Daniel’s offering her a job as resort manager—but he wants to be part of her son’s life.

Recently retired from pro football, Daniel Hunter is tired of holding on to secrets. He badly wants a relationship with his biological son, and a second chance with the woman he never stopped loving. He builds a first-rate eco resort in Sweetheart, Montana, to give him a shot at a new life post football and proposes to Sarah, thinking it’s the most practical choice for all three of them.

Daniel still makes Sarah’s heart skip a beat, but he’s left her behind once already. She’s convinced he won’t stay this time, either, and now it’s not just her heart at risk.

This book will begin shipping September 13, 2022

Second Chance Dad is currently available in digital format only: 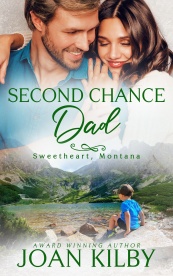