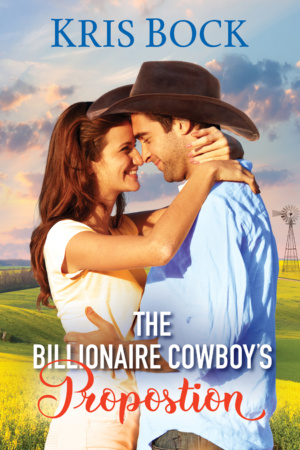 She’s ready to put on the performance of a lifetime.

Cody Tomlinson and Mallory Moore have struck sparks off each other since high school theater, where she was sunny and talented while he was injured and angry. A decade later, Mallory is working to save Last Stand’s movie theater and convert it into a performance space for live theater and music. Thanks to his family’s lottery win, Cody has plenty of money to help. But Mallory’s the only woman in town who doesn’t want Cody’s charity.

It’s bad enough that Cody is sexy as sin with his tough, scarred cowboy looks. Now he’s rich and Mallory refuses to be another woman fighting for his attention. She won’t accept a financial gift for her business, but she’s not above a fair trade. Mallory offers a deal: Cody can invest in the theater if he volunteers on the renovation. Meanwhile, she’ll play the part of his fiancée to ward off fortune hunters.

But Mallory immediately realizes her mistake. Cody’s always driven her crazy, and now they’re spending all their days—and nights—together.