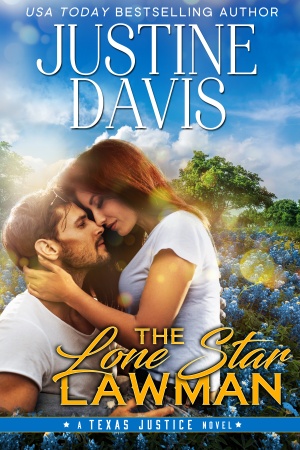 He never lets anything get to him. Except her.

Police Chief Shane Highwater has the respect of the entire town of Last Stand, Texas, and they all believe he was blameless when an accident several months ago ended one life and tore apart another. All except reporter Liliana Jones, who blames him for her fiancé’s death.

There’s more to the story than she knows, secrets that might change her mind. Secrets Shane can’t tell her. But oh, does he want to, because Lily Jones is the first woman he’s been undeniably drawn to in a very long time.

When a tragedy in town throws them together, Lily is forced to admit Shane is everything everyone said he was and ignoring the growing attraction is near impossible, and she’s no longer sure she wants to. Has her change of heart come too late?

Shane Highwater swore, but quietly. This was the library, after all. But even here he couldn’t escape that woman? If it wasn’t beneath the dignity of the police chief of Last Stand, he’d try and sneak out the back. He’d only have to make it across the parking lot and he’d be back to the department where he could hole up in his office and his very capable aide could bar the door.

He nearly laughed out loud, but it turned into a smothered groan. Sneaking out? Holing up? Had he really contemplated running from that tiny little thing in baby blue? He could just picture it, a guy six two, a hundred and ninety-five pounds of mostly muscle, and a cop to boot, scampering away from a woman who barely topped five three and was maybe one fifteen if she was carrying a dictionary. If Asa Fuhrmann, the iconic hero of the actual last stand the town was named for, and whose statue stood outside this very building, was still around he’d be laughing at him. And rightfully so.

Not to mention with his luck lately, there’d be somebody with a phone posting it on social media within five minutes, and the last thing he wanted was more freaking videos of himself whizzing around the internet.

At least she hadn’t spotted him yet. And apparently she hadn’t seen him come in and then followed him like she usually would, since she was looking at bookshelves not searching the building. He felt the familiar mental click as he registered the fact that she was looking at actual books. He himself preferred the paper variety; he spent altogether too much time already in front of screens of various sorts to want to read on one for pleasure.

She turned and bent to look at a lower shelf, and he was presented with a trim derriere in snug blue denim, with back pockets that seemed to make his fingers curl.

That’s what you get for even thinking the word pleasure.

He’d never denied Liliana Jones was a good-looking woman. She had that long sweep of hair the color of fall leaves, red and gold and brown all at once, today held back, braided in some intricate pattern he couldn’t figure out. She also had that cute upturned nose, and a sort of easy grace he liked. Then there were those eyes of hers, that some days looked green, others almost golden. And all that wasn’t counting the nice curves in the right places.

But it was hard to remember all that about someone who seemed out for his blood every time he encountered her. Not that he wanted to feel attracted. To any woman, let alone this one. In fact, he found it rather annoying that the first woman in a long time to spark any interest was this one.

No, he was quite happy with the way things were. Happy to be on his own, free and footloose. Happy to be able to focus completely on his job, which required his full attention. And that job was the only connection he had or would ever have to this particular woman. And he’d stay happy if he could manage not to have her up in his face again, hurling accusations.

She’d selected a book from the lower shelf—she was in the new fiction section, he noted—and straightened to look inside it. And standing up that backside view was still something to be appreciated. Admired.

Deciding it wasn’t really running—he’d only come over to get the book already in his hand, after all—he turned and headed for the desk. Quietly. Not because of her but because…well, library.

“Chief Highwater,” the young woman at the checkout said, also quietly. And quite respectfully; no way Joella Douglas would make a scene. Especially not in her workplace, although the crayon-red streak in her hair belied her tranquil attitude. In here, at least; he had little contact with her outside. Which was, in a way, proof of a sort.

“Ms. Douglas,” Shane said with a smile as she scanned the bar code on the book, then on the small card that hung on his key ring.

She smiled back, acknowledging his formal address. She believed in it, in this place she clearly revered; outside she was Joey to one and all. But he was still Chief Highwater. One of the perks—or annoyances—of his job.

She closed the book and handed it to him. “Fitting,” she said.

“What?” He flexed his right shoulder, stretching the tightness he hoped he’d be rid of soon, as he looked down at the slim copy of All’s Well That Ends Well. Was she saying his life was a comedy? Right now he wasn’t sure he’d argue that, although he’d chosen the play simply because it was next in line on his reading list. Every few years he went through Shakespeare again, for the sound and the rhythm as much as the sense.

“‘Trust a few, do wrong to none,’” she quoted. “Describes you pretty well.”

He smiled at her then. “I notice you left out ‘Love all.’”

“It has its moments,” he agreed.

“See you at the party tomorrow,” Joey said, clearly referring to the yearly gathering to celebrate the birthday of Minna Herdmann. The centenarian-plus was the most famous local character in town, as much a monument as that statue in front of this building, and while the annual gatherings were a chore for the department he personally admired the heck out of that tough, spry old lady. And found himself grinning every year when it rolled around; they’d begun it on her ninety-fifth birthday, figuring the odds were she only had a year or two left, and here they—and she—were, seven years later, still going strong.

“Along with the entire town, at some point,” he answered. “I think it’s a requirement of living in Last Stand.”

The Lone Star Lawman is available in the following formats: 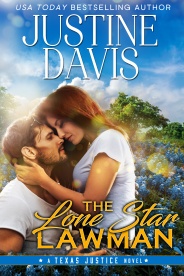 Did you know that The Lone Star Lawman and many titles are available digitally from Tule's own bookstore? Check it out!