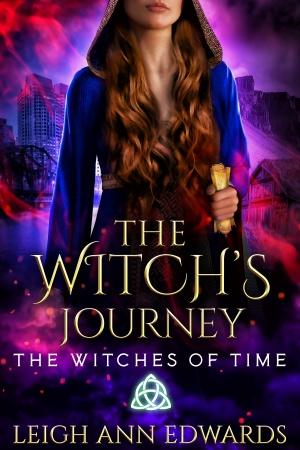 Faolan raced along the shoreline, playfully chasing the seabirds as they dove and squawked, then he deftly skipped stones across the water. He’d have to go back soon; Maimeo didn’t like him alone after dark, even though he was nearly ten years old. He adored being here just as the sun set beyond the sea. He wanted to sail that sea when he was older—maybe all the seas and oceans of the world.

When the wind shifted peculiarly, Faolan looked around sensing he wasn’t alone even before he heard something beneath the cliffs. He was forbidden to play there. His foot once became trapped when he was climbing rocks. With the tide coming in, Daideo got to him just in time. Yet Faolan was compelled to go there now, for he heard weeping.

Daideo had lighted the lighthouse lantern; Faolan should leave straightaway. But hearing a child’s voice, he stepped behind the rocks and found a woman dressed in a light frock usually worn for sleeping. The small child in her arms was dressed similarly. Seeing Faolan, the woman gasped.

“You shouldn’t be here. It’s dangerous.”

“I’m hiding from terrible people who want my daughter.”

“Why would anyone be wantin’ a wee girl?”

“She has powerful magic.”

Faolan noticed the woman was hurt. A large red bloodstain was forming on her frock.

“Do you have magic, too?” Faolan questioned.

“Not enough to protect my Ailish when I’m injured.”

“Could I help?” Faolan asked.

“Maybe. Although you’d need to trust me even when I sound as if I’ve lost my mind.”

The fear in her eyes urged him to stay and the way the girl child looked at him made him want to protect her.

“Barely more than one year.”

“The people after her are very bad, then?” Faolan asked.

“Faolan, I’m Bronaugh. I need to do something that’ll make you think I’m a lunatic. But I swear it’ll only be to save my baby.”

Faolan was afraid now. The skin on his neck prickled; he sensed something threatening approaching.

“I must make them believe my baby’s dead,” Bronaugh whispered.

Faolan jumped back when the woman pulled a blade from her pocket.

“This dagger’s magically charmed. It will hurt my daughter, but she won’t die. After I do this, I’ll throw her into the sea. When they’ve left and I’m gone, too—for I suspect they’ll kill me—you must pull Ailish from the water. Get rid of her wet clothes, then place her inside your cloak to warm her.”

“What would I do after that? I can’t care for a child and my grandparents are old and poorly.”

“Someone will come for her; I promise.”

The wee girl looked at him trustingly, so he nodded.

“After they’re gone, fish her from the sea. Water makes her magic stronger and will heal her. Push on her chest; breathe into her mouth. She will be alive even if it doesn’t seem so. Hold her and keep her warm.”

Faolan now wished he was warm in his bed, for the whistling wind was cold and an eerie chill overtook him when he heard someone drawing near.

“Stay hidden, then please do what I’ve asked!” Bronaugh said.

He nodded, looking at the little girl with curly red hair and large blue eyes.

“Thank you, young guardian,” Bronaugh whispered before stepping from behind the rocks.

A deep disturbing voice made Faolan shiver. He couldn’t help peeking, then wished he hadn’t. The man was very tall and wore unusual clothing. Faolan knew he was a black-hearted devil even before he saw his eyes glowing fiery red. He smiled an unfriendly smile.

“You truly thought you could hide her from us, Bronaugh?”

“Why have you come, Odhran?” she asked. “Why not send more of your demons like the ones who came to us while we slept, tried to steal my child and stabbed me?”

“I sensed they’d managed to wound you and followed the scent of witch’s blood. I’ll take the child now. We’ll school her in dark magic; use her abilities as we desire. The other transcendent witches, their allies, gods and guardians won’t know her fate till we meet in battle to determine who’ll reign over the human realm.”

“I’ll never let you have her,” Bronaugh said.

“You’re mortally wounded, woman. Though I must commend you on your perseverance. You’ve been cleverly jumping through time since before she was born. But we’ll always find her.”

“Not if I kill her. I’d rather she die than be with you and your kind!”

Bronaugh pulled out the blade that glinted ominously in the last bit of daylight.

Bronaugh didn’t listen. Faolan held his hand to his mouth to stop himself from crying out when she plunged the blade into the girl child’s chest. The man lunged for Bronaugh but she pulled away. Blood seeped through the child’s frock and the woman wailed wretchedly. It made Faolan’s heart ache. She kissed her baby’s head, then tossed her into the sea. Strange light poured from the man’s hands as he reached for the child but the sea became abruptly stormier and a sizeable wave carried her away.

The man snarled angrily. His eyes glowed redder as he picked up the woman and roughly shook her like Faolan had once seen a wolf shake a rabbit. He heard Bronaugh’s neck snap. With supernatural strength, the horrid man tossed her hard against the rocks. He growled again then stared in Faolan’s direction. He jerked back behind the rock, trying to hide, but Odhran came to him. He stared intently yet didn’t speak and, oddly, didn’t harm him. Peculiar green light surrounded Odhran before he simply vanished.

Was Faolan dreaming? He had bad dreams sometimes about his parents and that fateful day when he was younger. This must be real, for he was cold and hungry. He waited, making sure the frightening man didn’t return. Trying not to look at Bronaugh’s crumpled body, Faolan hurried toward the sea. He couldn’t see the child, though the beam from the lighthouse illuminated the area. How could she be alive anyway when she was stabbed and drowned? He finally noticed a glimmer in the water.

Already in disbelief, Faolan saw a mighty creature he was nearly certain was a sea serpent swimming to shallower water, pushing the girl child. Faolan rubbed his eyes. He summoned his courage and stepped nearer. The creature further startled him when it spoke.

“Do as her mother requested, boy.”

Faolan scooped the child from the water; she was limp and icy-cold.

“Stay behind the rocks; breathe life into her and keep her warm till someone comes for her.”

“When the tide comes in, we’ll both be drowned,” Faolan argued.

“If you’re holding her, her magic will protect you, young guardian,” the creature said before submerging.

Faolan took the child behind the rocks and pulled off her wet garment. By the beam of Daideo’s large lighthouse lantern, he noticed her shiny locket. She wasn’t bleeding now, but also wasn’t breathing. He gently pushed on her chest, then breathed into her mouth. She coughed and spat up water but her eyes remained closed.

Faolan sat against a rock, put her to his chest, wrapped her inside his cloak and held her. He sighed with relief when she finally squirmed and made a soft sound. She latched her small arms around his neck, holding so tightly it made him feel brave and important.

His grandparents would worry. Even now, he heard Daideo calling. He wanted to tell him he was safe, but afraid the horrid Odhran would return, maybe kill his grandparents, he stayed silent. The moon rose; the water lapped closer as the tide came in. His heart beat faster but the child patted his cheek as if comforting him. Faolan didn’t know how the sea stayed back. The tops of these huge rocks were usually barely seen at high tide.

They must’ve eventually fallen asleep because Faolan was wakened by a voice. He stared up at a fearsome-looking woman encircled in golden light. She wore armor and carried a sword and shield.

“Will you hurt her?”

When a man appeared, too, he glared at the woman.

“We know what’s best for her, Grannus,” the woman countered. “You can’t raise a tweenling, and certainly not a transcendent witch. We’ll protect her.”

“It was the Bronaugh’s foolish disobedience that sealed her fate.”

The man sadly glanced at the woman’s body and Faolan could see he loved her.

“You’d never show our child kindness, Aine. Bronaugh wanted our daughter to live a peaceful life, not be trained as a warrior.”

“She’ll need to be a warrior.”

“And I’m Aine, Celtic goddess and protector of women. I’ll take her to the realm of the gods to shelter her.”

“If you’re only goin’ to fight over her, I might just throw her back in the sea.”

The child giggled at that, a sweet laugh with an amusing little snort. In the moonlight her eyes shone as she smiled at Faolan, then clung tighter. The tall woman scowled; the man looked sorrowful. When another creature with sparkling wings and a gentle smile appeared, Faolan knew she was a faery.

“Water beast, who am I to trust?” Faolan shouted.

An echoing voice on the waves, replied, “Let the child decide.”

The spirit rose from Bronaugh’s lifeless body, looked at Faolan with gratitude and nodded.

“She’s only wee; how can she know?” Faolan said.

Ailish looked at the others, then at Faolan and again put her head against his chest.

“She only wants his warmth,” the stern Aine reasoned.

“She’s chosen the life of a human,” Lacinda replied.

“That’s what her mother wanted,” Grannus said and the spirit nodded.

“We need to keep the tweenling safe,” Aine the warrior goddess argued. “She can’t stay with the boy. Odhran knows this location and will eventually learn she still lives.”

“Let me take her to a different time,” the faery suggested. “I’ll find a loving human mother. The tweenling won’t know her destiny until she’s grown.”

“Do you want to go with the faery, wee angel, to find a mother who’ll care for you?” Faolan asked.

The child nodded, but startled him when he heard her voice in his mind.

“Thank you, Faolan, my guardian.”

His chest swelled with pride. Lacinda took the child from Faolan’s arms and they promptly disappeared in a swirling purple light.

“Thank you for rescuing her, boy. You’ve done a great service to humankind,” Aine said. “Now, I must erase the memories of everything you’ve witnessed.”

Faolan didn’t know what this fierce-looking woman would do, but when she touched his head, he became incredibly tired.

The Witch’s Journey is available in the following formats: 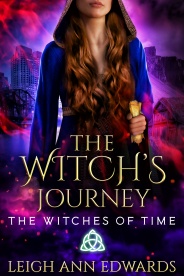 Did you know that The Witch’s Journey and many titles are available digitally from Tule's own bookstore? Check it out!