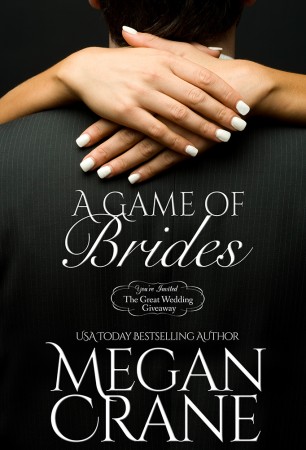 A Game of Brides

“You want me to apologize for making a command decision ten years ago,” Griffin said.  “I’m not going to do that.  You were a teenager.  And a virgin.  You deserved better than a literal roll in the hay the night before you headed off to college.”

“You looked pretty torn up about it,” Emmy said. “As you sauntered off into the night, never to be heard from again.”

She sucked in a harsh breath when Griffin jerked the wheel and brought the truck to the side of the road, coming to a spitting stop on the dirt shoulder.  He threw the truck into park and then he simply reached over and hauled her to him.  She had the hectic impression of those bright green eyes of his and then his mouth came down on hers, hard and sure.

Last time, she’d kissed him when she’d only been kissed once before, and badly at that.  Last time, she’d ended one of their typical sniping matches by simply stepping in close and setting her mouth to his, risking everything.

But remembering last time was like peering at the daguerreotypes Gran Harriet collected and displayed throughout her house, because this was all color, bright and vivid and coursing through her like a flash flood.  This was the sheer mastery of the way Griffin held her against his hard body and claimed her mouth.  Completely.

Emmy couldn’t think.  She couldn’t do anything but surrender, and she loved every minute of it.  She tasted whiskey and that dark, inviting thing she remembered as Griffin.  She felt one of his hands at the back of her head, holding her where he wanted her as he kissed her again and again.  Guiding her as she kissed him back.

Making her burn.  Then burn brighter.

When he pulled back, he was breathing a little heavily just like she was, but he still managed to set her back in her seat with the kind of casual strength that made her feel a bit giddy.

“You should wear your seatbelt,” he told her as he pulled the truck back onto the road.  “There’s no telling what could happen on these old roads.  This isn’t Atlanta.  There could be bears.”

A Game of Brides is available in the following formats: 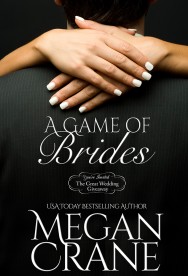 Did you know that A Game of Brides and many titles are available digitally from Tule's own bookstore? Check it out!