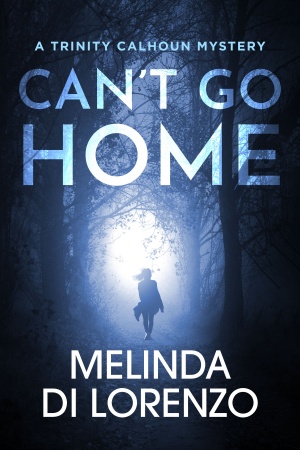 “Do you remember Savannah?”

How could she forget? Two decades ago, Trinity Calhoun‘s best friend—18-year-old Savannah Stuart—went missing. Just weeks later, Savannah’s body was found brutally slain outside the mountain town. With no suspects or leads, the local authorities dismissed the murder as a tragic one-off, likely perpetrated by a tourist. But Trinity wasn’t convinced.

Determined to do better for other victims, she left town and settled in Vancouver, rising through the ranks to become a detective. She’s never looked back. But now, an unexpected phone call from her former lover has her barreling down the highway to face the past.

Another young woman has disappeared under eerily similar circumstances. Allegedly. But the local police are disinterested. Trinity’s ex has a tenuous—at best—hold on his mental and physical health. And Savannah’s secretive and handsome brother is in town, asking an awful lot of questions.

Trinity’s focus is clouded. Maybe her judgment, too. As she wades through her past, she needs to answer a potentially life-threatening question: is there a dangerous, repeat criminal on the loose, or is she just desperate for closure?

A crackle over the line.

A too-long moment of silence.

“Professor Phillip? Is… Are you there?”

“Trinity, I need you to come home.”

“Trinity. I need you here.”

“Asher? Are you there? Asher?”

I’ve been keeping a secret! (Is it weird to keep a secret from your own diary? Maybe. But I don’t care. I’m too excited to care!) Last month, I met someone. Well. I guess “met” is the wrong word. We haven’t seen each other face-to-face. (Not yet.) Only online. And we’re still just going by our screen names. But I’ve told him more about myself than I’ve ever told anyone. He said he’s worried about disappointing me in person. I don’t know how he could think that. I’ve never felt a connection like this before. Anyway…that’s not the reason that I’ve been keeping my lips zipped (and my pen capped). At first, it was just because I was worried it wasn’t going to work out. I’m not after a casual hookup, and you know how these things can go. (Case in point, that guy who was old enough to be my dad…but let’s not revisit that…bygones, right?) But mostly, the reason I’ve kept quiet is because of you-know-who. He’s been completely up in my face lately. I swear to God, it’s almost worse since we went our separate ways. And if he finds out I met someone online, he’ll go ballistic. Literally. Anyway, I’m trying to focus on the good stuff. I’ll update again when I have more news.

Something was very fucking wrong. As soon as he put his palm on the door handle, he knew. Maybe it was instinct. Maybe it was experience. Or maybe there was something more tangible behind it. A subtle, physical change that he’d picked up on subconsciously. Whatever the case… He. Just. Fucking. Knew.

Except the knowing wasn’t enough.

A second too late, he dropped his hand. The door came flying open. The heavy wood—they sure as shit didn’t construct stuff like that anymore—slammed straight into his forehead. The blow sent him to the ground; the pain paralyzed his limbs and made his eyes water.

Then…there she was. The girl.

Can’t Go Home is available in the following formats: 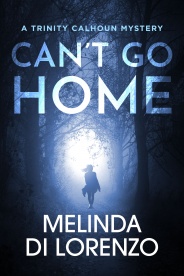 Did you know that Can’t Go Home and many titles are available digitally from Tule's own bookstore? Check it out!