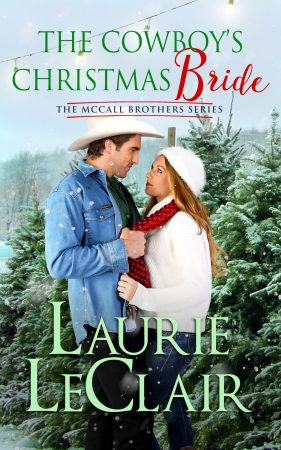 Rising country music star Cassidy James McCall is living her own version of a bad country song. After undergoing vocal chord surgery, her future is uncertain. To escape the constant presence of tabloid reporters, she accepts an invitation to celebrate Christmas with her McCall cousins. But her idea of a quiet and peaceful holiday comes to a screeching halt the moment she crashes into her former boyfriend, the tough yet noble cowboy that she’s never gotten over.

Widowed, single father and ex-rodeo bull rider, Ryder Hadley, longs to raise his precious little girl in his safe, secure small hometown of Honor, Texas while bringing his ranch back to life. It’s a simple wish that goes haywire when the mega country sensation and the woman who stole his heart years ago gallops back in to town, igniting a firestorm of emotions in her wake.

As Ryder tries to protect his heart from falling once again under Cassidy’s spell, he soon learns he’s not the only one who can’t resist her–his daughter wants Cassidy as a bride for her daddy. With the help of some Christmas magic, will Ryder and Cassidy get the second chance that they’ve always wanted?

The Cowboy’s Christmas Bride is available in the following formats: 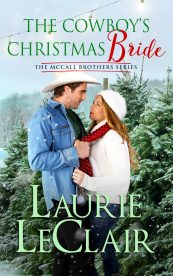 Did you know that The Cowboy’s Christmas Bride and many titles are available digitally from Tule's own bookstore? Check it out!