The Gallaghers of Montana, Book 3 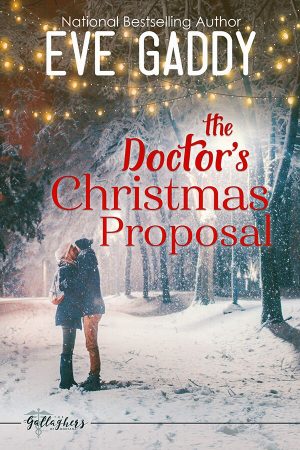 The Gallaghers of Montana, Book 3

Betrayed by his ex-fiancée, Dr. Wyatt Gallagher turns to the one woman he can always trust – his best friend, Mia Watson. After moving away, Wyatt has realized he wants more than friendship with the beautiful artist. With that in mind, he convinces Mia to come to Marietta for the Christmas holidays. But wooing Mia is surprisingly difficult — especially given the passionate night they’ve already shared.

Though Mia Watson has loved Wyatt Gallagher for years, he’s always seen her as a friend, never a lover. Except for one unforgettable interlude when comfort turned to passion. Then Wyatt moved back to Montana, leaving Mia with an unexpected consequence of their night together–and soon, heartbreak to follow.

Faced with the fulfillment of her dreams, Mia knows she must reveal the consequences of their night together to Wyatt. But having withheld the truth for so long, will her confession destroy his trust in her, ending their friendship and any hope of a future together?

He had to figure out how to get through one brother’s wedding two days before Christmas, and the birth of another brother’s new baby, due any day now, without losing it. There was only one person who knew exactly what had gone down when he lived in Denver. One person who would understand why a wedding and a baby would be hard for him. One person he wanted to be with. His best friend, the woman who’d gotten him through one of the worst nights of his life.

The wedding and baby weren’t the only reasons he wanted her to come to Montana. In fact, they weren’t even the main ones. Wyatt wanted Mia to come to Marietta because he’d finally admitted to himself how much he’d missed her. He’d accepted the reason none of his dates had been worth pursuing was because none of those women were Mia.

How to convince her to come? If he told her about Sean’s wedding and Jack’s new baby, she’d come. She was too softhearted not to, given that situation. If he told her he’d been thinking about her for months, ever since he moved, she’d probably laugh in his face, even though it was the God’s honest truth. He hadn’t exactly been good at keeping in touch. All right, more like lousy. He’d had his reasons, which in retrospect, weren’t very good ones. But all she’d see was he had hardly talked to her since he moved.

Screw it. He bit the bullet and called her.

She was painting. He could tell by the sound of her voice, short, sharp and annoyed at the interruption. She was totally in the moment and that moment was not on the telephone.

He heard a thump and a muffled curse. “Sorry, I dropped the phone. Wyatt? What’s wrong?”

“Then why are you calling?”

“Can’t I call to shoot the breeze?”

She laughed. “Sure, ‘he who hates the telephone’ is calling me to chat. You’ve called me, what, twice since you moved?”

Crap. Busted. “I’m sure I’ve talked to you more than twice. But that’s beside the point. I need a date for a wedding.”

“In case you haven’t noticed, I’m in Denver.”

He smiled. She was such a smartass. “You could come out now and stay a few weeks. We could hang out, have some fun. There’s a lot to do at Christmastime in Marietta. It’ll be great.”

“There’s more to this than you’re letting on. What’s the real reason?”

“So you call me out of the blue to come for a visit? Just to go to a wedding? I don’t buy it.”

Damn it, he’d sound like a loser if he told her. But if he didn’t … “My brother Sean is getting married. Two days before Christmas.”

There was a long silence. “Are you all right?”

“What do you think?”

“I think you wouldn’t have called me if you were okay. Can’t you find another date?”

“I don’t want another date. I want you.”

He heard her suck in a breath. “Wyatt—”

“My brother Jack and his wife, Maya, are having a baby. Anytime now.” Okay, now he sounded desperate.

Just tell her why you want to see her so badly.

And what if she doesn’t feel the same? What if she’s good with just being friends?

Then you’ll have to convince her she wants more.

But first he had to get her there. “The scenery is spectacular. The mountains surround the town. We’re much closer to them than you are in Denver. Marietta is in Paradise Valley, between two ranges. It’s a small town, on the river. Small-town holiday sights, snow, mountains. You’ll want to paint all of it. You’ll kill to paint the landscape around here.”

Oh. My. God. I’m imploding and Wyatt’s talking about painting landscapes. I can’t do it. I can’t see him again. Not now. I just got over him.

Okay, that was an exaggeration. She was almost over him.

Shit, she wasn’t over him at all. All it took was hearing his voice and she melted into a puddle of lust and longing. “I don’t know, Wyatt.”

“I’ve… missed you too,” she said reluctantly.

“Then come to Marietta.”

“I have things,” she said vaguely.

“What kind of things? Are you in the middle of a commission?”

Just lie. She’d already committed the most enormous lie. The lie to end all lies. Even if it had been a lie of omission, a lie was still a lie. What difference would adding another small one make?

“What does that mean? Are you or aren’t you?”

“Can you take a break before you start on it? I’m telling you, there are so many things you could paint, especially this time of year.”

“Why? It’s over and done with. She’s not important.”

How Mia wished that was true. But Loretta, the lying bitch, had torn him apart. All Mia had been able to do was offer him comfort. Wyatt needed her again. As a friend? Or something more? Right. Keep dreaming, dummy.

She knew it hadn’t been easy for him to call her. No man liked to expose a vulnerability. Which, she figured, was why he wouldn’t tell his family what happened.

“I’ll pay for your airplane ticket,” he continued. “And you can stay with me. At the ranch, I mean. There’s plenty of room.”

So he was asking her to come as a friend. Not as a lover. Oh, joy.

“I can pay for my own damn ticket.”

“Does that mean you’re coming?”

He sounded happy. She loved to hear him happy. Big mistake, Mia. Don’t do it. You’ll regret it.

“Yes. I’ll get details and let you know.”

“If you could come in the next couple of days that would be good. The Christmas Stroll is the first Saturday in December and I really want to take you to it. Which reminds me, bring something to wear to the Christmas Ball. Black tie.”

Black tie? A formal? She didn’t own a formal dress. Hell, she only had two dressy dresses and they were both several years old. “How long are you planning on me staying?”

“As long as you can. And don’t forget your ski clothes and whatever equipment you want.”

Was that one night of rebound sex all she’d ever have with him? Could they ever have more?

How formal was formal? Should it be long, short, beaded, or plain? Satin, velvet, tulle, or chiffon? Mia had no idea. So she did what everyone did when faced with a problem like that.

She googled women’s formal dresses in Denver. Of course, in a city the size of Denver there were about six million stores. She keyed into her cell the addresses of several nearby shops to check out that afternoon. Then she googled the Marietta Christmas Ball.

Wow. They went all out. Gorgeous decorations, gorgeous dresses, gorgeous people. She was an artist, for God’s sake. She didn’t belong at an event like that. But Wyatt had specifically mentioned it. If she was going to see him and go with him to events, then she intended to dress for the occasion.

She looked on Pinterest for Christmas ball gowns. Mia loved Pinterest. She had a board for each color, but colors were the only things she pinned. She had never looked at it for anything else. Knowing how addicting it could be, she was afraid to look at more.

The dresses were amazing. Stunning. Two hours later, she looked up, bleary-eyed, and realized if she expected to accomplish anything she should start now. At least she had an idea of what she liked. Whether she could find anything remotely similar, she didn’t know. Pinterest is dangerous. No wonder I never look at anything but colors. If I started pinning other things I’d probably never leave my computer.

Mia booked an airline reservation online for that Friday, giving her a couple of days to find a dress, arrange for her neighbor to water her plants in her absence, pack up her art supplies and pack enough clothes to stay awhile.

The first three stores Mia tried were a bust. The dresses were either too young for her, too old for her, not in her size or, in her opinion, just plain ugly. But she scored at the fourth store.

She walked in to the small boutique, heading straight for the formal dresses.

“Can I help you?” a pleasant woman in her late twenties or early thirties asked. “My name is Sandra.”

“I need a formal dress for a Christmas ball, Sandra.”

“Any particular style you’re thinking of?”

“No, but I want it to be tastefully sexy.”

Sandra looked her up and down. “I might have just the thing. It’s on sale too. I’ll be right back.”

Mia looked around and saw a black cocktail dress she liked and decided to try it on as well. Who knew what else Wyatt would insist on going to?

She’d just put on the black dress and had gone out to look in the full-length mirrors when Sandra returned.

“That looks great on you,” the salesclerk said.

“What do you think about this?” Sandra asked, holding up a gorgeous, deep green, long dress.

“It’s beautiful.” She tried it on, stepped out of the dressing room and back to the mirrors.

“Perfect,” Sandra said with satisfaction. “I knew it would be.”

“I don’t even look like me.” Which was a good thing since her goal was to shake up Wyatt and make him see her as a desirable woman and not just his friend.

The dark green jade color set off her eyes. It was strapless, fitted and shirred across her bust, waist and hips. Half of the bodice was beaded, studded with crystals and there was a dangerously high slit showing one leg. “How much is it?” she asked, bracing for the price.

Sandra named a price that while not cheap, was a lot less than she’d been afraid of. “It’s on sale. We don’t have many customers of your size.”

“Sold. And I’ll take the black cocktail dress too.”

She could either mope around more, missing Wyatt, or she could take advantage of this opportunity to convince him she was the right woman for him.

Her annoying conscience would not remain silent. And what about that huge lie hanging between you? What would Wyatt do when he found out she’d been pregnant and hadn’t told him?

Their one night together had resulted in a miracle pregnancy and then a heartbreaking loss. And Wyatt knew nothing about it.

The Doctor’s Christmas Proposal is available in the following formats: 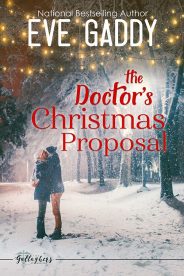 Did you know that The Doctor’s Christmas Proposal and many titles are available digitally from Tule's own bookstore? Check it out!