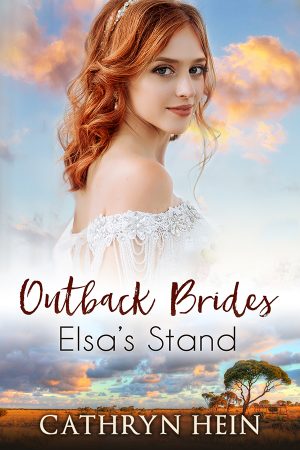 The claustrophobic outback heat and swirling red dust suited Jack Hargreaves’s mood. Ratters had hit his neighbour last night. Snuck in while Dimitry was off visiting his lady friend in Lightning Ridge, a woman no one was supposed to know about but everyone did. Dimitry had arrived home in the morning to find his claim raided, the promising opal seam he’d just caught a glimpse of hacked out. Gone forever, along with its potential, perhaps making someone else a fortune. It could have been useless rock. It could have been riches. Now he’d never know.

That was the thing about opal mining, especially around the Ridge where a black opal run could turn a man into a millionaire overnight: it was a game built on potential.

Jack gripped the steering wheel, resisting the urge to turn around. Rumour had it there were a couple of new blokes doing the thieving, perhaps a gang. One ratter you at least had a chance against. A gang, nope. Whoever it was, they’d want to watch themselves. Bush retribution could be savage, as the last ratter who’d been caught discovered. Jack wondered if the bloke’s fingers had been worth the price.

He turned off the unsealed and unnamed goat track onto a wider gravel road that would eventually lead him to the Castlereagh Highway and Lightning Ridge. The track was one of many that criss-crossed the rocky, barren landscape and hid a secret population that most of the world, most of Australia for that matter, had no idea existed.

Jack hated leaving his claim, especially after last night, but he needed supplies and ratters tended to raid at night rather than by day. And it was time for his fortnightly call to his mum. In all the years he’d been gone from Wirralong he’d only ever missed one call home, and that was because he was in hospital nursing a concussion and severely broken nose after a brawl. Not one of his making, but back then he’d been naive and yet to learn the world operated in shades of grey instead of black and white, and had allowed himself to be dragged into it. He smiled wryly. Funny, that had been about ratters too.

He hoped his mum was okay. She’d sounded a bit off during their last talk. Her breathing a touch laboured, and she’d had to pause now and then to swallow and cough. At the time, Jack had put it down to excitement and the annoying spring cold Kate had admitted to but dismissed as inconsequential. She’d made a find. Only small, but a find all the same.

The admission had made Jack’s heart lurch. Although the story had been around for years, he’d never believed in Strathroy’s legendary sapphires, but his mum did. It had become her obsession, an obsession that, several times over the years, threatened to morph into mania. Today’s phone call would reveal whether it had.

He glanced at his mobile phone secured in the holder he’d fitted to the car’s dashboard. Another seventy or so kilometres before he’d have reception. Coverage was crap out here for normal phones. Many used satellite but Jack had never bothered. He only ever really talked to his mum, or occasionally his brother, Jesse. The rest, like his bank and broker, he contacted rarely and then by email.

The kilometres passed with their usual monotony. Kangaroos and emus in the vast paddocks, their outlines blurred by heat haze, the occasional wedge-tailed eagle feasting on roo or wild pig roadkill. Rusted car wrecks from miners who’d miscalculated their sobriety or speed, or been too lost in their dreams of riches to keep a look out.

Fifteen kilometres from town Jack’s phone sparked to life. He made a bemused hmph noise as it pinged and pinged, indicating multiple messages. Someone was desperate. Either that or his number had been fed into a scammer’s auto-dialler, programmed to call until someone picked up.

Except the pings kept coming. And coming.

At the Lighting Ridge welcome sign, where travellers were encouraged to turn off and enjoy the town’s unique attractions, five kilometres away, he pulled over.

Jack thumbed through the alerts, a mix of missed calls, voicemails and text messages. Dozens of them. More. From his cousin Anne, Jesse, Angus McNamara.

Jesus … one from his dad.

The very first was from his mum, left just the day after he’d last spoken to her. He inhaled an unsteady breath and dialled his voicemail.

You have forty-three new messages.

Christ on a bicycle.

‘Oh, Jackie-Jackie. I know you never believed, but it’s true. It’s really true. I found them.’ She laughed, a young girly sound that automatically made him smile. ‘In the most ridiculous of places, of course.’

The sapphires. It had to be. After a lifetime of fossicking, of obsession, she’d found the lode.

Jack frowned at the long pause, at the asthmatic breaths.

‘Never mind.’ She coughed and cleared her throat a few times, but her breathing remained short. ‘That’s better. I need to head into town now. See Angus. Make preparations.’ Her voice dropped. ‘I reburied them, put the site back how it was. Can’t trust anyone around here.’ She brightened again. ‘Promise I’ll tell you all about it when we talk next. Love you!’

The message ended and was followed by instructions on whether to save, delete, call back. Jack called back but the farm phone rang out. He tried again. Still nothing. He checked the time. She should have been there, waiting for him. She was always there.

Jack’s own breath was sharpening, each inhalation painful as it rubbed against his dry throat. He switched to the next message.

More messages followed. Ten or so, all hang-ups. Finally, his brother’s voice filled his ear again. Steadier this time, but hollow.

Gone? What did he mean ‘gone’?

‘Collapsed out the front of McNamara’s. Ambulance came straight away but there was nothing they could do. Her heart … I’m sorry.’

Jack listened to the following messages with a kind of numbness. His dad calling to say he was sorry and that he was there if Jack needed, which he wouldn’t. Angus McNamara offering his condolences and services, the solicitor’s tone genuinely thick with grief. Jack’s cousin Anne, her first few messages sympathetic before frustration at his lack of communication kicked in, and she morphed into stridency about funeral arrangements and wills.

Then Jesse again. Steely. Angry. As if this was Jack’s fault.

‘Get your arse down to Wirralong now. That frigging Anne is trying to take over.’

And a final coldly articulated message from Anne.

‘Given your lack of contact, I’ve taken charge of arrangements. Kate’s funeral service will take place at Memory House at eleven o’clock on the twentieth. I trust you’ll check your phone in time to make it.’

‘Jack,’ she said stiffly. ‘My condolences.’

Condolences? Like she gave a shit for his feelings.

‘I assume we’ll see you at the funeral?’

‘I’m afraid that’s not possible. The notice has already gone out.’

Jack’s menacing growl would have made his red heeler, Daisy, proud.

Anne was too puffed up with righteousness to care. ‘Someone had to do something. Your mother has been dead thirteen days. Thirteen! And not a peep out of you. Not a phone call or message, just silence. I even left a message with the police up there.’

She may well have done, but the Local Area Command covered an area the size of a European country and the cops had better things to do than run a messenger service. Finding a miner on his claim wasn’t easy either. They could be tunnelled anywhere.

‘As for your brother and father …’ She made a tutting noise. ‘Someone had to take responsibility.’

The phone’s hard edges dug into Jack’s palm as his grip tightened. Jack’s jaw was flexed so tightly he had to chew each word out. ‘You had no right.’

‘As the only family member here, I had every right. I’ve made the arrangements. It’s up to you whether you turn up or not.’

Jack stared through the windscreen, calculating. It was after lunch on the nineteenth. He had less than a day to pack up camp, secure his claim, and drive twelve-hundred kilometres south to home.

He hung up without a farewell and chucked the phone on the passenger seat. Then he slammed the car into gear and, in a spray of gravel and curses, skidded back onto the highway.

Elsa’s Stand is available in the following formats: 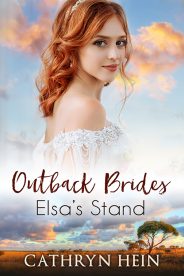 Did you know that Elsa’s Stand and many titles are available digitally from Tule's own bookstore? Check it out!