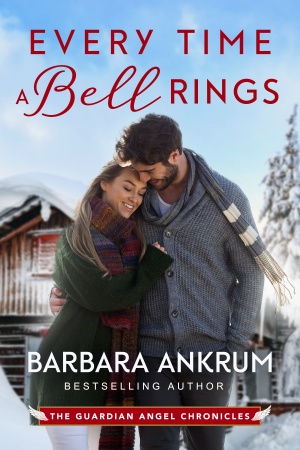 Every Time a Bell Rings

Once upon a time, he was everything to her, except for one thing: her future

Christmas sparkles from every bough and window at the cozy Four Winds Ski Resort, where single mother Eden Kendall and her eight-year-old son are spending the holiday. A surprise marriage proposal from her boss’s son wasn’t on her Christmas list, but it’s the perfect excuse to get away and weigh her options. She never imagined her son’s ski instructor/Santa impersonator would be the gorgeous, charismatic dreamer she left behind years ago, the one who still owns a piece of her heart.

Cole Hagan has never stopped loving Eden and he’s spent the last eight years proving her wrong on every count about his potential. While he fights to save the resort that he helped to build by organizing a holiday concert, he decides it’s about time that Eden puts aside her list-making pragmatism so that she and her skeptical son can experience the true magic of Christmas.

Can a not-so-perfect angel help this unlikely pair get a second chance at happily ever after?

The pretty young woman with long dark hair sitting opposite Marguerite on the flower-covered bank steepled her fingers together impatiently and pinned Marguerite with a look that said, Checkmate.

“Oh, now baby girl,” Marguerite mused aloud, shuffling through the real estate cards for the one requested. “Why’d you have to go and do that? I was just about to finally beat you.” A sibilant breeze rushed across the lush, rolling meadow of flowers, tilting the flower heads toward them as if each one were listening to their words. The small scruffy dog sitting patiently beside her put his head on his paws with a yawn.

The young woman plucked the required fee from her stack of Monopoly money and handed them to the banker—Marguerite. “I’ll make you a deal. I’ll sell you Park Place with all the hotels for a dollar. I’ll even let you win.”

“If you talk to Roland for me.”

Sigh. “Now, you know that’s not gonna happen. Anyways, darlin’, he won’t let you go. It never works that way.”

The young woman tossed the card down with a frustrated snap and lined up her red hotels along the Park Place slot with irritation. “Why not? I’m ready. You said so yourself. I mean, look at me. Look at her! She’s floundering.”

Together they peered down at the faraway woman and young boy rushing to board a plane in a crowded airport. As they watched, all in the space of a few moments, the pretty blonde-haired woman lost track of their boarding passes, spilled her water bottle all over the woman in front of her, and started to cry. Enoch wagged his tail and whined.

Not to mention the young boy, Marguerite thought. He was the true focus of her companion’s concern. Before the woman’s tears had started, he’d been glued to a screen. For hours. But when his mother began to cry, he tried to comfort her with an awkward, seven-year-old’s hug.

It wasn’t as if Marguerite didn’t agree with her friend’s assessment. But her participation was impossible. Rules were rules, and Roland was nothing if not an enforcer of said rules.

“Even if we could interfere, you know why it can’t be you,” Marguerite chided softly. “Mercy me. Loved ones are not allowed to intervene directly. You’re too close, cher. And even if you weren’t, what we have down there is no junior-league problem. It’s a fourth, maybe even fifth-degree problem. Matters of the heart are not easy fixes. They require a deeper change than a simple intervention. And they need a finesse that most beginners simply don’t possess.”

The young woman paced on the lushly colored bank, sweeping a hand at the mist closing in and blocking her view of the loved ones below. The dog shadowed her with concern, following on her heels. “I should be there with him. I shouldn’t even be here. You know the whole thing was a mistake. For both of us. It wasn’t our time. Even Roland admitted—”

“Look at her. Her choices are so . . . so human. Fallible. It will be all wrong for him. If only she’d listened to me, none of this would be happening. She’s so stubborn and driven and—”

“And she loves the boy. And you picked her.”

“She does. And I did,” she admitted gratefully. Sinking down into the riot of flowers at her feet, she plucked one and stripped off the petals one by one. Even as she did, a new petal would replace the last. Tossing it aside, she said, “But she needs help. Even you can see that. She’s facing a difficult choice and honestly, I’m not sure which way she’ll go.”

“Whichever way she goes, she’ll watch out for the boy.” Marguerite rolled the dice and tossed them across the board. She moved her piece four spaces to Baltic Avenue. “Oh, now you see? I did not need Baltic Avenue.”

“You’re a second order, aren’t you? You’re only one order away from completion. You could do it.”

“No. Roland would never let me—”

“Why didn’t I think of this before? Of course, it could be you!”

“No, it couldn’t.” She shelled out a hundred dollars of her money to the bank. “Three houses for my Indiana Avenue, thank you very much.” She plucked the houses from the game box.

“Yes, it could,” she insisted.

The look she fixed Marguerite with was a look with which she was becoming familiar. Mercy, this girl was tough.

“Ordinarily,” the young woman began, “I wouldn’t mention this, but—”

“Well, just the other day,” she said, delicately, “I overheard Roland mentioning your . . . well, your shedding problem to a Principality. And you know there’s only one fix for that. He’d have to agree to let you go.”

Marguerite pulled a wounded look and folded her arms beneath her ample bosom. “I do not have a shedding problem.” But even as she flounced away from the Monopoly board to stand on the precipice overlooking the scene below, a few feathers drifted past them, spinning in an annoying spiral between them. She quickly batted them away. “All right, fine. Maybe I do. But that’s hardly my fault.”

“I’m the last one to point fingers, being only a first order. I hardly have anything yet to shed. But I’ve heard there is a solution.”

“An’ I suppose you’re going to tell me what it is?”

“Confidence. That’s it. According to Roland, a lack of confidence is the root of the problem.”

“An’ just who says I lack confidence?”

A few more feathers drifted between them. Enoch snapped at them.

Propping her chin on the tips of her fingers, the other woman went conspicuously silent.

“Okay, so maybe,” Marguerite admitted, “I let that little failure a while back hold me down. That particular situation was a hard loss. But you know, humans can choose and we can only do what we can do. Anyway, a little time off never hurt anybody . . .”

Her companion tossed her a doubtful look.

“Fine. Fine. He may have a point. But even if that’s so, this job—” she indicated the woman and boy scrambling to find storage in their overhead bin “—is above my pay grade, cher.”

“Besides, it’s Christmas,” she pointed out. “When better to intervene than when the world expects miracles?”

She plucked a loose feather off Marguerite’s shoulder and examined it closely.

Before she could finish the sentence, the young woman beside her had engulfed her in a hug. “Thank you, thank you, Marguerite! Park Place is all yours. And all the hotels. Forever!”

“Now, now, cher, don’t get all up on your tippy toes yet,” she told her friend, patting her on the back as she might that boy of hers down there. “I only said I’d try. If he’ll let me. They must do the hard work. And make the choices. As far as the game? My goal is to win fair and square.”

Every Time a Bell Rings is available in the following formats: 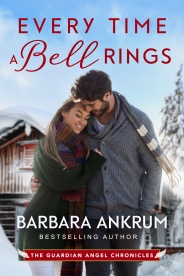 Did you know that Every Time a Bell Rings and many titles are available digitally from Tule's own bookstore? Check it out!