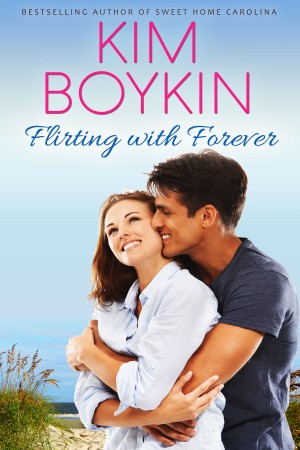 Forty-year-old Tara Jordan’s first book, The Perfect Marriage in 30 Days, is at the top of the bestseller lists, and her publisher wants her on a book tour ASAP. Tara’s about to live her dream only there’s one problem. Her husband of 15 years has just walked out, leaving Tara on the brink of financial ruin with no choice but to promote a self-help book about marriage when hers is secretly in ruins.

Enter publicist Jake Randall, 30, who’s had it with hand holding newbie authors channeling their inner divas on their first book tours, until he meets Tara. Their instant attraction blossoms quickly into love. Tara thinks she has achieved her dreams and earned her license to thrive until her husband, Jim returns determined to win her back.

There’s a sigh that comes at the end of a belly laugh, the kind of laugh you hope will take you away from that crazy, awful, sad point in your life. The sigh comes from the reality that staying in that happy place is a lot like walking a tightrope and after everything that had happened, I was working hard to stay out of the abyss.

“We’ve got plenty to celebrate,” Melissa barked like an Army sergeant, holding a copy of my book. But somehow, with my friend’s headband with the springy heart antennas and red neon light-up Elton John glasses, it didn’t have the intended effect. “No moping, Tara, I mean it. It’s Valentine’s Day and we’re going to celebrate the hell out of it.”

She was right, I did have a lot to celebrate. I’d gone from a wannabe author to debuting on the bestseller lists, and now the book that was fulfilling all my hopes and dreams of having a writing career was sitting on my kitchen counter, mocking me. Thirty Days To The Perfect Marriage? What was I thinking?

“Raise your glass, girlfriend.” She nosed through what must have been the biggest box of chocolates Godiva made, then popped another one into her mouth.

“I’m not celebrating Val—. That day.” We’d made a really good dent in the box and had laughed so much, my ribs ached. “I’m celebrating Tuesday,” I raised my glass. “To Tuesday.”

We threw back our wine, but, as much fun as Melissa was, it was getting harder for me to stay in that happy place.

“I love this house.” I swiped at my tears with a sassy little cocktail napkin she’d brought over along with the listing contract for me to sign.

“I know you do.” She rubbed my arm and smiled.

Melissa Bliss didn’t want to, but she had sold the beach house to Jim and me eight years ago and had managed our second home for us, renting it out to tourists. It had bothered her that Jim was all gung ho about taking on the ten thousand dollar a month mortgage payment on top of what we owed on our home in Charlotte, and I, as she had so eloquently put it when she pulled me aside, looked as nervous as a pregnant nun.

Even with the financial pressures that came with the place, and there were plenty, I had grown to love the house I couldn’t afford. But with my husband gone, in a few months, that great big mortgage payment would ruin me.

I glanced down at the description Melissa had written. Stunning Isle of Palms ocean front estate home that has been meticulously kept. I’d spent a year decorating, perfecting, and hoping to hell the place wouldn’t be the albatross I jokingly called it. Views galore of the Atlantic Ocean with open floor plan. Impressive high end finishes and welcoming spaces. Which sounded frou-frou I know, but while the house was elegant, it was all about comfort.

Enjoy the outdoor spaces, too, with lovely wrap around porches and a private boardwalk to the beach. And I had enjoyed those spaces, more times than I could count.

I had called Melissa yesterday and told her we needed to sell the place and to fax over the listing contract. When she noticed the similarities between Jim’s signature and mine, she called and fished around a bit before she spilled. “I get that you need to sell, Tara, and I don’t mean to be a bitch, but did Jim really sign this?”

“No. But you have a power of attorney on file from when we closed and he was out of town. It covers all matters concerning the beach house.”

I lost it and told her Jim had left me. That was when she vowed I wouldn’t spend February 14th alone and made me promise I’d drive three hours to sign the listing agreement and toast whatever great things were waiting around the corner for me. Her words not mine. Still, this house was a part of me, but as I scratched both my name and Jim’s on the dotted line, it was officially for sale.

“Want some more wine?” She opened a second bottle, the little hearts on her antennas bouncing like crazy.

“Okay,” I said. “My turn to ask you a question. I know we joke about it all the time, but do you really believe in your matchmaking thingy?”

“Gift,” she corrected and handed me another glass of wine. Melissa considered herself part realtor and part matchmaker in the sense that she matched people up with the right house. But she believed her calling was in the truer sense of the word. Think a gorgeous, young Yente from Fiddler on the Roof. We’d become good friends over the years, and I knew her well enough to know she liked her unpaid but chosen calling as matchmaker more than she liked closing a big sale, and that was saying something. “Are you looking? Because I can—.”

“God, no; I want Jim to come home. More than anything. I have to believe he will—. It’s just you told me how you do it—that you see auras, and you just know when two people are—.”

“Meant to be?” I nodded. “I believe in soul mates. That chemical attraction that instantly draws two people together; I see it in colors. Two people, two separate auras, sometimes the same color, sometimes not. But when they’re together, it’s almost blinding.”

My finger trailed around the rim of the wine glass, afraid to ask the next question, but I needed to know. “Did you ever see that? With Jim and me?”

She shook her head slowly. “Honey, not everyone finds their soul mate, and that’s okay too. While it is the rarest most beautiful thing I know, most people don’t have the patience to wait for the one. That doesn’t make them taking on a mate and having a good life together wrong.”

“I thought Jim loved me, Melissa. I thought we had a good life.” Until I wrote that damn book.

The next morning, I headed home to Charlotte, alone. Thoughts of guilt writhed around with my pride from writing a successful book—one that had sent my husband packing. I didn’t write the book for him, and I didn’t expect him to read it, at least that’s what I told myself. After it came out and was doing so well, all our friends were talking about it, congratulating me, but Jim didn’t seem to be the least bit interested in what my idea of the perfect marriage was.

I felt so proud, almost giddy the morning he came into my office. He took a copy out of a box and kissed me on the cheek, his lips so close to my ear. “Thought I’d see what all the fuss was about.”

This was a big deal, to me at least. Jim never read anything I wrote, and that was okay, since before Thirty Days To The Perfect Marriage I wrote romance. Lots of romance nobody wanted to publish. But from the get-go, The Perfect Marriage received a lot of media attention. I really thought he’d at the very least be curious. But he waited until it had been on the shelves for a month before he started reading it.

Still, I was touched, honored when he blew off his Saturday golf game. Something he’d only done once in fifteen years when he had the flu. He kept reading, not saying anything, just appeared to be totally enthralled. That was good right?

I had to go to a bridal shower late that afternoon for my best friend Marsha’s daughter. I’d hoped he’d be done before I left, but he wasn’t. I thought about missing the shower, but I knew Marsha would kill me.

I was trying to be cool and wait for him to tell me he loved the book, that he loved me. “The shower shouldn’t last long; I’ll pick up some Thai food for dinner.” I kissed him on the cheek and noticed he was fifty pages from the end. “I love you.”

He just nodded and kept reading.

Of course it wasn’t one of those cool drop-ins with refreshments and small talk, it was the marathon kind with one stupid game after another. Then the bride opened presents for over an hour. Among other things, the happy couple received four margarita machines and six copies of my book and the accompanying workbook.

Finally, the shower ended, and I couldn’t get out of there fast enough. I was dying to get back home and hear what Jim thought. I dashed by our favorite Thai about thirty minutes from our house, picked up his favorites, but when I got home, the house was empty, except for my dog, Lilly. I remember laughing out loud because I really believed Jim had been so enthralled in my book, he’d thought I’d asked him to pick up dinner. And now we’d have enough Thai food for a week. I tried his cellphone but got no answer, so I texted him I’d already picked dinner up.

I poured myself a glass of wine, ate my shrimp and green curry before it got cold, and fell asleep on the couch watching an old movie. When I woke up, the house was cold and dark. There was a sick hollow feeling in my stomach; I wrote it off to the spicy food, but deep down, I knew my husband gone.

Flirting with Forever is currently available in digital format only: 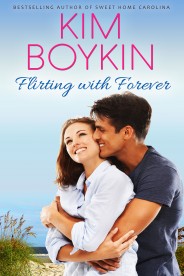 Did you know that Flirting with Forever and many titles are available digitally from Tule's own bookstore? Check it out!