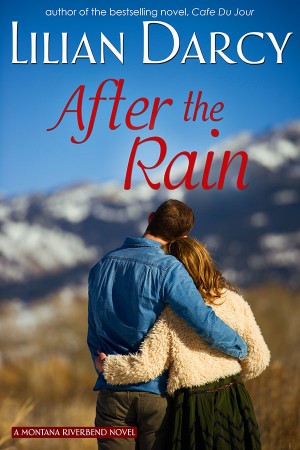 How do you stop being angry at someone when they’re gone?

Kira Shepherd Blair’s older sister Neve died eighteen years ago at River Bend Park, on the night of the 1996 Marietta High School senior prom, and Kira is still mired in feelings she can’t resolve. So much of her life has been shadowed by Neve, from the adolescence she spent banished from the family spotlight because Neve was so greedy for it, to the bad marriage she made at twenty-one because she and her parents needed the security and the promise of a future, after Neve’s tragic death.

Kira is working to make a good life for herself and her ten-year-old son Jake after her divorce and is finally starting to feel that she’s getting on track, when Neve’s high school boyfriend Casey “Jay” Brown comes back to Marietta and turns everything upside down.

Casey has never known in his heart how much he was to blame for what happened to Neve that night, but when he and Kira are forced to work together at the renowned Haraldsen Architectural Foundation in the foothills of the Absaroka Mountains, she leaves him in no doubt as to her opinion on the issue.

That’s how you stop being angry at someone when they’re gone. You channel your anger onto the man you hold responsible, the man who’s right here, no matter how heart-stoppingly gorgeous he is.

“Are you really sure you want to go back there, CJ?”

Casey was a little startled by the name his mother had used. There had been quite a pause before the words, too, which she had filled by reaching without haste for the cream to add to the coffee his father had just poured for her.

She didn’t ever call him that any more. Hadn’t for years. CJ was a nickname from his childhood, one that had gradually morphed to Casey Jay and then just simply Jay in his teens, when he’d been cool and rebellious and his mother’s hair had begun to turn gray—not that those two things were connected, or anything.

At eighteen, when his family had moved from Marietta, Montana to Portland, Oregon there had been another shift in his naming—an abrupt one, this time. He’d become plain, serious Casey from then on, and he’d known even at the time that this was a deliberate strategy on his parents’ part, to make a clean break with the past.

Half a life-time later, at the age of thirty-six, he was successful, confident, and—financially—better than secure, yet on telling his parents that he was about to move back to Montana, he was suddenly CJ again, in Mom’s eyes. Ten years old. In need of guidance and protection and parental concern.

His mother’s slip seemed to sound a note of warning. “You’ve moved cities three times since you finished college,” she said, “and now you’re moving again. And to Montana, of all places. Isn’t there any kind of… personal tie to keep you in Chicago? You seemed settled there.”

She was asking him about his love life, Casey knew. It worried her that he hadn’t married and settled down yet—which he thought, yes, he would do, eventually, but he wasn’t in a hurry enough to go hunting for it, and in Chicago there’d been enough women hunting him thanks to his success. He was over that, while his mother worried about his lack of emotional commitment too much, the way she was currently worrying too much about the Montana thing.”

“It’s a dream job, Mom,” he said. “Principal architect in residence at Fjellutsikt—“

“You remember, Laurie,” Dad prompted. “That place way up the valley.”

“Fjellutsikt is the name of the Haraldsen Foundation ranch. It means Mountain View in Norwegian.”

“But, yes, you’re right, it’s a bit of a mouthful so I understand people mostly just call the place ‘the foundation’ or ‘the ranch.’”

Casey took up his original thread again. “Anyhow, yeah, there was a strong hint from Lars Haraldsen that he envisages my taking over from him as Director of the Foundation, if things work out. The man is spry, but he’s got to be in his eighties, so we’re not talking a twenty year apprenticeship.”

“But what about your company?”

“I still own my one-third share. I’m still on the board. We have an excellent team in place and most of what I need to do, I can do via computer or phone. Otherwise, I’m told there’s a helipad, not to mention Bozeman Airport just over an hour away.”

“Are your partners good with your move?”

“My partners told me to go for it. It enhances the S.I.C. Systems profile to have one of their founding partners actively practising as an architect in a highly-regarded establishment. From a career point of view, I’d be insane to turn this down.” He’d made a special weekend trip from Chicago to Portland to tell his parents about it and catch up with his sister and two of his three brothers, several weeks before he was due to start the job.

He’d known that his news needed a face-to-face conversation.

“Still…” Dad said. He was frowning, worried, just like Mom. They’d both made big sacrifices for him eighteen years ago when they’d left Montana, and clearly they thought he was about to undo all their hard work.

“I don’t see it as going back,” Casey argued. “I’ll be living on the ranch itself, not in Marietta.”

“But it’s the closest town,” his mother pointed out.

“So I’ll shop there sometimes. It’s just a town like any other.”

His parents fell silent, and into the space in the conversation fell Casey’s own half-acknowledged qualms. On second thought, maybe he wouldn’t shop in Marietta. Maybe for him it wasn’t a town like any other. Maybe instead he would cut through to Bozeman on back roads and use the much larger and more urbanized population center as his hub for going to a baseball or hockey game, stocking up on groceries, sitting over a cold beer in a warm bar.

“People won’t have forgotten,” Dad said. “Not in a small town.”

He was talking about Neve, too.

“I haven’t forgotten, either,” Casey said. “And I carry the memories and questions with me wherever I go, so does it really matter where I actually live?”

“Questions?” Mom said slowly. She curled her fingers around the draped neckline of her sweater. Oh damn… “What do you question, after all this time?”

Casey sighed through his teeth, wondering how he’d lost control of the conversation so fast. He’d known it would go in this direction. He’d intended to head it off with his common sense and his reassurances, but boy had he failed. He said carefully, “How much was it my fault that she died?”

“It wasn’t,” Mom snapped out, so fast she almost bit her own tongue. She leaned forward, her whole body suffused with a sense of urgency. “There was never any suggestion of that. Not from the sheriff, not from her parents. Of course it wasn’t your fault!”

“I don’t mean that night. I don’t mean what happened, or how it happened. I mean… that we were even there at River Bend Park… that she was so out of control, and I was supposed to be her boyfriend, but I could never figure out—“ he stopped.

Hell, he couldn’t talk to his parents about this, about what Neve had really been like, about how much of a mess she was, underneath all that superficial confidence and glamor, and how he’d never understood the reasons for it, or whether he could have helped her, been more to her than the convenient high school boyfriend who picked her up for school and took her to the prom.

Dad added gruffly, “Is any job really worth giving yourself this grief?”

Mom and Dad both stayed silent at this, with those anxious, stricken looks still on their faces.

After the Rain is available in the following formats: 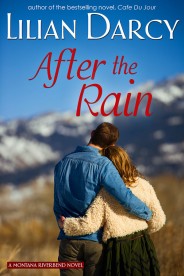 Did you know that After the Rain and many titles are available digitally from Tule's own bookstore? Check it out!