Christmas Around the World, Book 3 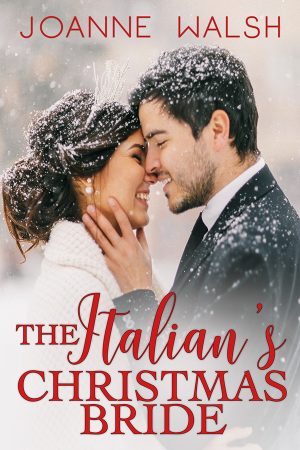 Christmas Around the World, Book 3

Wasn’t she supposed to dream of a white Christmas? Right now, Ashlynne wishes the blizzards, ice and fog that have left her stranded in Venice would melt away. She’s facing a dreary holiday stuck at the airport—and she’s also run into her ex-husband.

Lorenzo di Grechi insists Ashlynne stay with him at his sumptuous palazzo apartment. He’s also promising her Christmas Venetian-style: eating, drinking, and visiting the seasonal markets and musical concerts that make the city so enchanting at this time of year.

She thought she’d moved on: laid the ghosts of their marriage which had ended so sadly and badly to rest, along with how passionately she’d loved him. But the sexual attraction between them is still as potent as ever, and he seems to have changed for the better, forcing her to question her belief that he’d cheated on her at a time when she’d needed him most.

Is this just some sort of Christmas magic at work? Or a real chance to forgive and rediscover her love for Lorenzo?

Lorenzo cut through Ashlynne’s reverie by handing her back the phone. She took it and promised her mother she’d call again tomorrow, Christmas Day, and speak to everyone.

“Bye!” she said for the fifth time, before replacing the handset firmly in its cradle, and noticed Lorenzo leaning against the door observing her.  “Mum’s hoping that you can join me in calling them again tomorrow. Sorry!” she grimaced. “My brothers will be there with their wives and kids, and my sister and her boyfriend as well.  There’s going to be quite a houseful and they’ll all want a word.”

“I don’t mind, cara.  They’ve always been very accepting of me.  They’re nice people.”  He paused and she saw a shadow flit across his features.  “Not having had much of a family has made me envious of those who do.”

She gave him a rueful smile as she walked towards him, arms folded.  “I know.” She stopped when she reached him, sighed and looked down at the floor.   “I’m sorry that what happened with us meant that you didn’t get to see my folks anymore.”

He straightened at her muttered apology. “At least I escaped having to chomp my way an annual helping of Christmas pudding.”

She looked up at him, wanting to match his humorous reply with a retort of her own.  But as their eyes met, something in his expression kept her silent.  He was searching her face now, as if he was looking for something more than just a mocking reply, his gaze intense and smoldering. Her mouth went dry and her pulse quickened, as her antennae picked strong signals from him that she knew only too well.  Her arms dropped by her sides and she ripped her eyes away from his, then took a step forward.  She had to get out of here before—

But she had no time to move any further. He reached for her and pulled her into his arms, stopping her from leaving the room. She didn’t resist.  It was as if her brain and body were controlled remotely by some unseen force that pushed her to him.  She relaxed into him, breathing in the faint scent of him—soap and something muskily male.

“We didn’t spend enough Christmases together, did we?” he whispered into her hair.

“No,” she replied, laying her cheek against his chest, hearing the steady beat of his heart and feeling the comforting rub of the wool of his sweater against her cheek.

They stood for a while, not saying anything. Then she raised her head.

“When you came to my room last night…you hadn’t had too much to drink, had you?”

“No, cara.”  He met her enquiring gaze, looking amused. “You already asked me that,” he said.

“I know.  I just wanted to know why you stayed…lay down next to me.”

He pulled her to him again, so that she was pressed close to his chest once more and could feel his body’s warmth. “Perhaps I needed a friend.”  There was a pause and she closed her eyes, nestling into him.  “Perhaps you needed a friend.”

Her heart’s beat and her breathing quickened as the flames of longing she’d tried so hard to deny caught alight.

His lips caressed the top of her forehead as his hand snaked around her waist and held her tighter.  “Did you still need me, tesoro?”

The Italian’s Christmas Bride is currently available in digital format only: 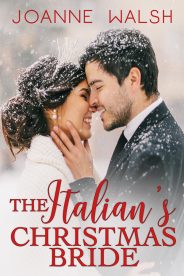 Did you know that The Italian’s Christmas Bride and many titles are available digitally from Tule's own bookstore? Check it out!