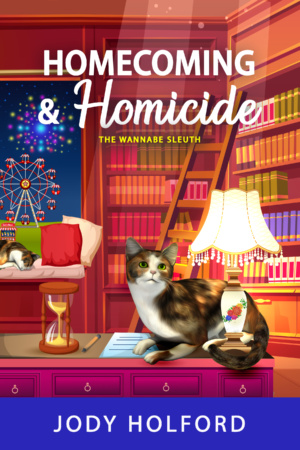 She doesn’t remember high school being so complicated…or as deadly.

Rainbow Falls newcomer Annie Abbott is finally feeling settled in town with her veterinarian boyfriend and their two curious kittens. The local high school is raising money for their drama program and, eager to help, Annie volunteers for the carnival’s photo booth, using her graphic design skills to create fun backdrops and mentor a group of students. The only dark cloud is a run in with an unpleasant teacher who’s critical of her teenage neighbor, Tate, and his girlfriend.

On the night of the carnival, Annie discovers the not-so-nice teacher dead. She and her motley crew of murder club sleuths leap into action to help clear her own name along with Tate’s. Luckily for both of them, there are plenty of suspects who had it out for the victim. Complicating Annie’s illicit investigation further? A mystery stalker with a vendetta against her.

As Annie and her friends chase clues, it’s becoming increasingly clear that not everyone is happy with her decision to make Rainbow Falls her home.

Homecoming and Homicide is currently available in digital format only: 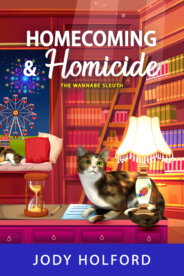