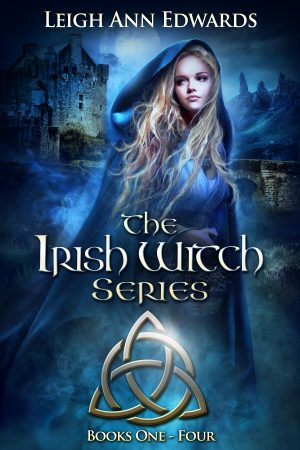 Part of the The Irish Witch Series series

In 16th Century Ireland. Young and beautiful Alainn McCreary, healer in training to the powerful O’Brien Clan, is on the cusp of discovering she possesses vast and unusual supernatural powers, which she hopes will help her unlock the secrets of her past and break the curse on the O’Brien Clan.

Alainn is counseled to hide her magical abilities, but how can she when dark forces rise up to threaten not only the O’Brien Clan, but Alainn and the life of the Chieftain’s beloved, but forbidden nephew, Killian O’Brien, a man Alainn has loved as long as she can remember?

Healer, witch, and commoner Alainn McCreary battles valiantly to control her growing magical powers and to ignore her doomed yearning for noble Killian O’Brien, a man who is far above her station and betrothed to a noble, dark-eyed Scottish beauty. Alone, she continues her quest to break the bitter curse that dooms not only the powerful O’Brien Clan but also Alainn and Killian’s future happiness.

Threatened by dark forces, a powerful chieftain, and a suspicious priest, loyal, valiant and handsomely virile Killian vows to fight at his beloved Alainn’s side even as he realizes time is running out for both of them. The Witch’s Daughter, set in the mystical landscape of ancient Ireland, weaves romance, adventure and the supernatural into a sensual tale of love and longing that darkly whispers “What wouldn’t you do for love?”

Young, pregnant witch, Alainn McCreary, is forced to rely on her mysterious and unpredictable magical powers in an attempt to protect the life of her strong and courageous new husband, Killian O’Brien, and the life of their unborn child, battling against all odds waged by a powerful and corrupt chieftain, a vengeful curse, and malevolent dark forces unleashed by a scheming demon.

Set in mystically enchanting, but dark and dangerous 16th Century Ireland where fairies, witches, spirits, and demons dwell among humans, the Chieftain’s Daughter is an enticingly romantic and lustful tale of love, desire, danger, and adventure.

As Alainn and Killian O’Brien begin their married life together, Alainn encounters many new and unexpected challenges. Stricken by the disturbing, reoccurring vision of Killian’s death, she desperately seeks a way to prevent it from happening. In hope of providing a normal life for their unborn child Alainn turns from her own magical abilities, but soon realizes that doing so may endanger everyone she cares for.

Set in 16th century Ireland, A Chieftain’s Wife continues the captivating story of Alainn and Killian’s passionate love. Past indiscretions, deep jealousy, a vindictive witch, and tragic hardships all threaten to disrupt Killian and Alainn’s happiness and future together. 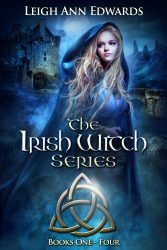 The Irish Witch Series: Books 1 – 4 is currently available in digital format only: 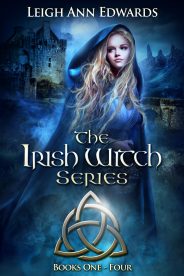 Did you know that The Irish Witch Series: Books 1 – 4 and many titles are available digitally from Tule's own bookstore? Check it out!