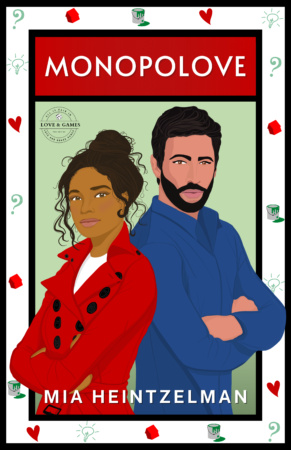 Monopoly (n.) 1) the exclusive possession, control, or exercise of something. 2) a classic board game with all the answers to Harper Sloane’s problems.

If Harper Sloane has learned anything, it’s that you can’t throw money at a problem. So, when she learns the beloved game store she owns with her sister and best friend is struggling, instead of mortgaging her pride and grabbing the pile of uncashed checks from her absentee father, she rolls up her sleeves and enters the city’s Monopoly tournament to save Love & Games.

Declan Wilde is a handsome, new-in-town doctor looking to set his karma straight. When he pays for Harper’s coffee, she’s horrified. She quickly repays her debt—with interest—to prove she doesn’t need his charity. But when Declan turns up at Love & Games to enter the tournament, refusing his business isn’t an option.

Forced to see each other at every practice, the tension starts to feel like a challenge beyond the game board. As they go over strategies for play, is their rivalry still just enemies playing games, or has it turned into something more?

Monopolove is currently available in digital format only: 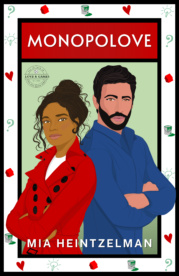