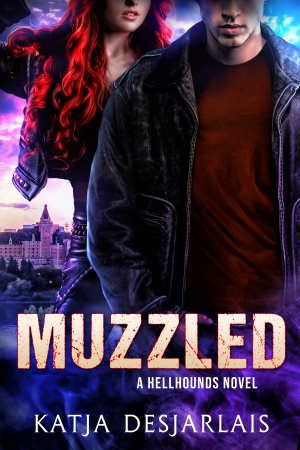 Born in hell. Raised to serve. Destined to disobey.

Hellhound Ryan Echidna is hunting the final enemy of his master, Hades. Running point for his brothers, Ryan’s eager to corner his target and return to his mistress, Persephone. He knows his quarry hides among the crowds of the summer art festival, but for the first time in centuries, he’s unable to pinpoint a location. More confusing, a beautiful, enigmatic human artist is painting scenes straight from his memories.

Artist Micah Wheaton doesn’t understand the dark turn her art has taken when she’s compelled to paint the unsettling images from her dreams. Even worse, she feels she’s being stalked and is afraid to sleep. Her newest fan, a sexy but sweet accountant named Ryan, makes her feel safe—though she suspects he too has secrets.

While Ryan’s hunt hits one dead end after another, the images on the tip of Micah’s paintbrush foretell a fatal end. Ryan must race against time and destiny to eliminate the danger to the woman he now loves and complete his final hunt…before leaving Micah forever.

Muzzled is currently available in digital format only: 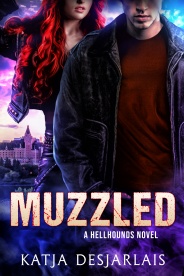