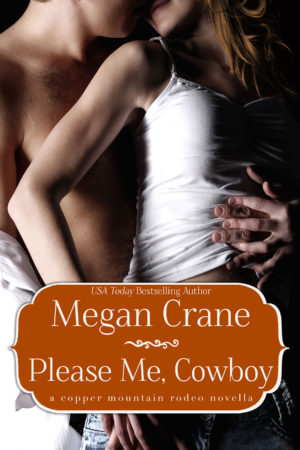 Gracelyn Baylee Packard got herself away from her dirt-poor Montana roots as soon as she could. Now – although she’s never actually met the man – she works in Texas for billionaire Jonah Flint.

When Jonah summons her to inform her it’s her lucky day, because she’s going back with him to her home state as his guide, Gracelyn doesn’t exactly see his proposition in the same light. So what if he needs her to infiltrate the tight community of a small Montana town to save his brother from a pre-nup-less marriage?

The world. Her heart.

Gracelyn tipped her head back and fell into those dark gold eyes of his, and she was sure, then, that whatever happened in the next breath, in the next few moments, she wouldn’t survive it. She couldn’t possibly.

And despite the fact she’d spent the whole of her life surviving anything that was thrown at her and priding herself on her ability to do it, she couldn’t seem to care that Jonah Flint was the thing that was going to finally take her down. Instead, she welcomed it.

Though she didn’t want to think about the ramifications of that, not here in the moody dark with nothing but moonlight and that sweet, bright heat between them.

“I told you,” she said in a very precise, very prim voice that she hardly recognized as her own, and that couldn’t disguise the playful heat beneath it. “I refuse to get involved with someone I work for. That’s begging for trouble.”

He was like something out of a dream, standing there before her with his gaze so bright and his mouth so hard, and she couldn’t think of a single thing she’d ever wanted more than this. Than him.

Especially when his eyes gleamed a bright, brilliant shade of gold she’d never seen before, and that perfect mouth of his broke into a smile. Wide. Genuine. Hers, she understood. All hers. And yet it was etched with the same need that swirled through her, making her forget all the reasons this was a terrible idea.

“You’re fired,” he told her softly, the way other men might have whispered words of love, of sex, of terrible need. “Does that help?”

He shifted closer, so much closer. She wished she wasn’t wearing the western-style shawl she’d thought was so cute earlier this evening. She wished that when he leaned close, his chest brushed hers instead of the soft cashmere. She wished so many things, all of them carnal and wicked and comprising her own destruction in each act. And even though she knew it, all she wanted was this. Him.

“That strikes me as a solution that benefits me not at all,” she murmured, finding it hard to breathe as his hands moved to her face, as his fingers brushed over her cheekbones and then moved to her hair. He cupped her head in one palm as he tugged on her ponytail with the other and it took her a moment to realize he was pulling her hair out of its elastic.

Then he was raking his fingers through the length of it as it tumbled down to her shoulders, making a low sound she couldn’t quite place. But then she did. If he’d been a cat, it would have been a purr.

“I have an in with the boss,” he assured her, his mouth almost severe then, but she knew it was the same stark need that moved in her. “I’m pretty confident he’ll hire you again in the morning. Every morning.”

“How sweet,” Gracelyn whispered, and though she tried to keep that tartness in her voice, her expression, she melted into a smile instead. “It’s like our own little corporate fairy tale.”
Jonah’s fingers sunk deep into her hair, pulling her head back like he wanted better access, and Gracelyn’s heart kicked at her, hard, as every other feeling in her body streaked into a brilliant fire and pooled between her legs.

“Once upon a time,” he whispered, leaning in close, so she could taste the words against her lips. She brought her hands up to brace them against his chest, and felt the heat of him like a furnace. Like a roar. “There was a beautiful princess and a terrible ogre trapped in a hotel suite far, far away. And he had absolutely no intention of letting her go.”

“This is already the best story I’ve ever heard.”

“Then you better prepare yourself,” he told her, right there against her lips with the moon between them and too much Texas in his voice. It made her shudder with need. With rich longing. “Because I know how it ends.”

And then Jonah bent his head that last little bit and finally, finally, took her mouth with his.

Please Me, Cowboy is available in the following formats: 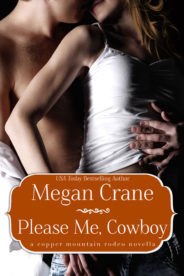 Did you know that Please Me, Cowboy and many titles are available digitally from Tule's own bookstore? Check it out!