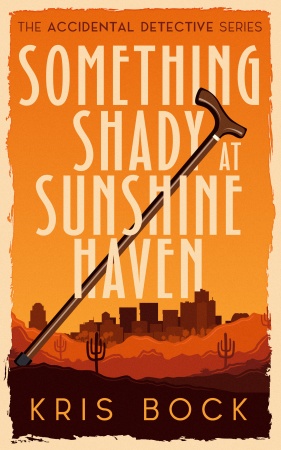 Something Shady at Sunshine Haven

She’s pursued the most dangerous news stories around the world. But can she survive going home?

Injured in a bombing, war correspondent Kate Tessler returns to her hometown in Arizona to recover. For the first time in her life, she’s starting to feel her age of nearly fifty despite living like a teenager again: staying in her childhood bedroom with only a cat for company, trying to understand why her sister resents her so much, and running into people who still refer to her as Kitty. The hardest part? Seeing her once-sharp and witty mother stuck in an Alzheimer’s unit.

When an old friend asks her to investigate suspicious deaths at the nursing home, Kate limps into action. Is a self-appointed “Angel of Mercy” killing patients to end their suffering? Are family members hastening their inheritance? Is an employee extorting money and removing the witnesses? Kate uses her journalism skills to track clues, but the puzzle pieces simply won’t fit.

If Kate can’t uncover the truth quickly, her mother could be next on the killer’s list.

Something Shady at Sunshine Haven is currently available in digital format only: 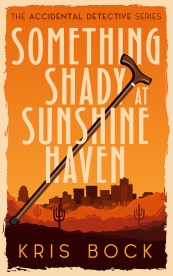