Maidens of the Mystical Stones, Book 3 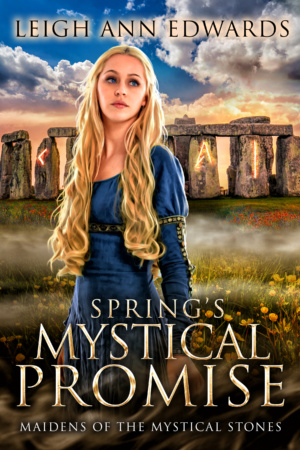 Maidens of the Mystical Stones, Book 3

Can she keep their magical promise without putting everything at risk?

As the frost melts and spring flowers bloom, Rhianwyn Mulryan, stuck in a binding magical pact, begins her season as Elspeth, a castle servant. After an endless winter as the frightened harlot Selena, Rhianwyn enjoys the strength of Elspeth’s tall, robust body. Never did she imagine, however, the secret horrors of her headstrong friend’s marriage to the brute Godric. Life with the sheriff’s abusive son makes Rhianwyn yearn even more for her true love, Broccan.

Broccan Mulryan, Lord of Brockwell Manor and joint knight commander, was once blissfully happy with his bride. But now Rhianwyn’s moods are baffling and unpredictable. After a winter of withdrawn frigidity, she’s suddenly forward and insatiable. Perhaps worse, he’s become unaccountably protective of Rhianwyn’s friend Elspeth…and his knightly instinct feels a lot like desire.

But as his connection to Rhianwyn wanes and his feelings for Elspeth grow, Broccan begins to suspect something unnatural has affected his wife and her friends. Could dark magic be destroying their love? Or is he losing his precious wife to something even worse?

Spring’s Mystical Promise is currently available in digital format only: 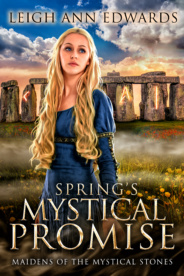