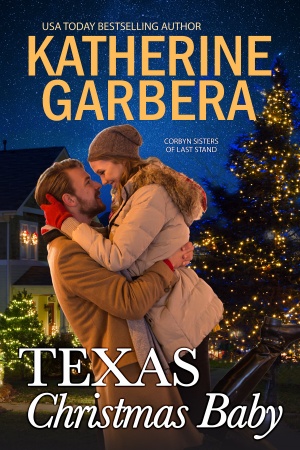 They have more than one surprise in store this Christmas Eve…

Zara Mitchell is about to be a single mother. After finding out her baby’s father lied about everything, she’s decidedly on her own. But when her car breaks down outside Last Stand, Texas, she’s rescued by the most beautiful man she’s laid eyes on. He’s her knight in shining armor, and Zara is starting to believe in fairy tales.

J.T. Williams has a charmed life, or so he thought until his parents’ marriage deteriorated and exposed a half-sister, Amelia, in Last Stand. Intent to make up for his father’s shortcomings, he sets out to meet her but is derailed when he comes across a pregnant beauty stranded outside of town. And when he learns that Zara and Amelia are best friends, he impulsively decides to hide his identity to get to know both women without added pressure.

As Christmas nears, J.T. and Zara find themselves giving in to their feelings. But J.T.’s well-intentioned lie might cost him everything.

This book will begin shipping November 18, 2020