The Brothers of Whiskey River, Book 5 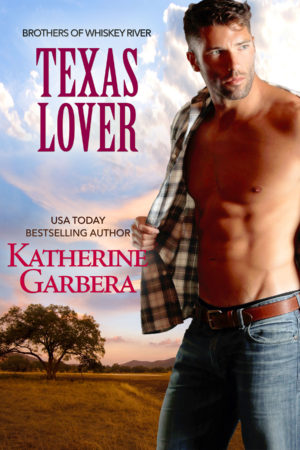 The Brothers of Whiskey River, Book 5

Barrel rider Reba Duvall has been crushing on Nick Blue since the moment they met, but she kicked him to the friend zone to keep her heart from being bruised and battered by the charmer… until they turn to each other for comfort when their best friend dies. Reba knows it’s for one night only, but still, it hurts to wake up alone. But it turns out a memory is not all Nick left her with…

Nick Blue never guessed his father was one of the richest men in Texas. Or that he’d have to live in Whiskey River with two unknown brothers for a year to inherit his share of the family property. But hey, stranger things have happened, such as bumping into his friend and one time lover in that same town… the one he hasn’t been able to stop thinking about all this time. But running into Nick is not an accident. Reba has a plan. She wants baby Martina to know her father.

Reba may not know what she wants from Nick, but it sure isn’t a half-assed marriage proposal and sharing a luxurious bedroom at Kelly Ranch. She plans to keep things platonic. Can Nick convince her she needs more than one night with the playboy?

This conversation wasn’t going anywhere. Talking wasn’t really where he shone. He knew it.

He reached for her, caught a strand of that gorgeous flame red hair of hers between his fingers. It was still soft as silk and he swore the scent of peaches wafted from it. She sighed.

He leaned in, felt the warmth of her breath as she exhaled. A slight blush covered her creamy skin under the pattern of her freckles and her eyes sort of half-closed.

Kissing her was all he’d been thinking of now that he’d seen his daughter. He had to find a way to convince her to stay with him. Not because of ‘love’ but because they were friends and they had a daughter.

And this was Reba. Marty would have kicked his ass if he’d known how Nicholas had treated her.

Nick wanted her. But then he’d been one big hormone most of his adult life. There was something different about Reba. Always had been. She wasn’t just a curvy body to burn up the sheets with. Especially that night in Colorado. It had been impossible to just think of her as another bed partner.

She licked her lips and he groaned.

He brushed his thumb over her lower lip and she parted them. Everything else seemed to disappear. He didn’t have to think or figure out anything else tonight. Just had to take her in his arms his gut said, then everything would be okay.

He wrapped one arm around her waist and drew her closer to him. He could feel the warmth of her body beneath the thin layers of her nightgown and her robe. She wrapped her arms around his neck as her breasts nestled closer to his chest and he lowered his head. Taking the kiss that he’d wanted since he saw her standing on the balcony.

Sent to him when he needed her most.

He rubbed his lips over hers, teasing her mouth open. He felt the brush of her tongue against his and he stopped thinking. Couldn’t do anything other than suck her tongue deeper into his mouth. God, she tasted good.

He was starving for her; he couldn’t get enough of her as he deepened the kiss. Tugging on a strand of her hair, drawing her head closer to him. He cupped the back of her head as he angled his mouth to go deeper. He felt the sting of her nails as she dug them into his shoulders.

She was in his bloodstream. Every part of his body was on high alert. She was more exciting, more dangerous than any bull he’d ever ridden. He wasn’t sure he could hold on for eight seconds with her. He wasn’t sure what he could do, but leaving her wasn’t part of the plan.

He cupped her butt and pulled her more fully into him as he turned and walked backwards to the bed. He sat on the edge, pulled her up on his lap. Her legs parted as she straddled him. He slipped his hand under the hem of her nightgown and felt her cool soft skin as he reached for her butt again.

She shifted, trying to get closer to him and their kisses grew more frantic. He wanted her.

He needed this. Needed Reba tonight. Why had he waited so long to find her? At this moment she seemed the answer to the emptiness that had grown inside of him. The answer to the nebulous what to do next that had been gnawing at him for too long.

She shifted pulling her mouth back from his and sank back on his thighs. She cupped his face and looked deep into his eyes.

She sighed and lowered her gaze from his.

He’d let her down.

“Of course, I do. But I’m not some rodeo girl any more, Nicholas. I’m a mom. And I can’t just keep making the same bad choices.”

“Woman, are you saying I’m a bad choice? I’m your baby’s father,” he said, holding her on his lap when she moved to get off of him.

“I am saying precisely that. Let me go, Nicholas,” she said.

“Just say jackass, we both know that’s what you want to do,” he said. “I let you dance away from me once before I’m not doing it again.”

“Liar. You ran away, not me. I’ve been tracking you down since that night.”

She stopped trying to get off his lap and cupped his face in her hands.

She looked down at him with such empathy. “I always see you that way. Since that first summer I met you when I was eighteen and I fell for you. I knew there was more to you than sex and charm. I saw that longing in you to belong to something, and rodeo did that for you. The rodeo bunnies, they were the comfort you needed.”

“You saw all that?” he asked. Because a lot of the time he wasn’t sure there was anything else inside of him.

“Yes. You have always been running from something…I guess it was not knowing your dad, but you know him now, don’t you?”

He shrugged. “Not really. He’s dead.”

“At least you have his name. And you have two new brothers.”

“I do. You’re right. I’m not running any more. I know that things between us aren’t settled but I want you to stay here. Not in town but at the Kelly Ranch. I want you and Martina close to me so we can figure out how best to raise our daughter, Reba.”

“And this,” she said, gesturing to the intimate way he was holding her.

“I want this, too. What do you say? Will you give this worn-out cowboy a second chance?”

Texas Lover is currently available in digital format only: 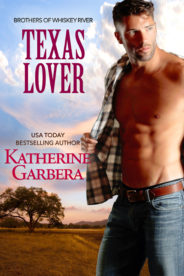 Did you know that Texas Lover and many titles are available digitally from Tule's own bookstore? Check it out!