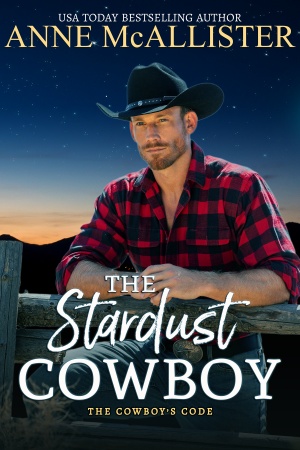 He is nobody’s hero…

Wyoming rancher Riley Stratton has nothing in common with his newly discovered young nephew Jake’s imaginary “stardust cowboy”—the one who makes dreams come true. Riley’s own dreams died so many years ago, he doesn’t even think about them anymore. Now he just works hard, doing his duty by the family ranch. He knows it’s only fair to buy out Jake’s half.

Trouble is, Jake has dreams too. After inheriting half a ranch, Jake’s boyish dreams of becoming a cowboy are alive and well. Which means Riley’s world is about to expand to include Jake’s fiercely determined, seriously tempting mother, Dori Malone, too. And much to Riley’s dismay, Dori stirs his dormant dreams to life.

But Riley doesn’t trust those dreams. He doesn’t trust Dori. He gave his heart once and won’t do it again. Some men are made for love. Others, like Riley, are made for duty. And some dreams not even Jake’s “stardust cowboy” can make come true. Or can they?

The Stardust Cowboy is currently available in digital format only: 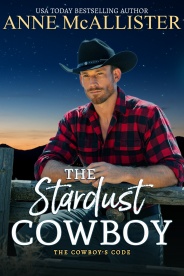