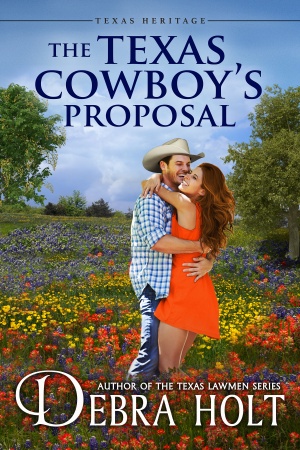 They had a foolproof plan…until one little girl got involved.

Sammi Jo Burkitt’s formidable grandmother’s will is pushing Sammi Jo to the brink. Yes, the feisty cowgirl can keep the ranching empire known as Aces High, which has been the family birthright for two centuries, but she must marry her rival and stay married for three years as part of the deal. Say no, and Aces High goes on the auction block.

Beaudry Hawkes wants nothing to do with the high and mighty Burkitts. Until the day Sammi Jo shows up on his doorstep with a proposition no one in their right mind would refuse: wear her ring, then accept thousands of acres of rich ranch land and a tidy sum of three million dollars when they part ways. The windfall could change everything for his daughter’s future.

But eight-year-old Lacy is becoming attached to the idea of one happy family. Nothing short of a true marriage between the two can make her dreams come true. Can Sammi Jo and Beaudry find their freedom and love too?

This book will begin shipping September 1, 2022

The Texas Cowboy’s Proposal is currently available in digital format only: 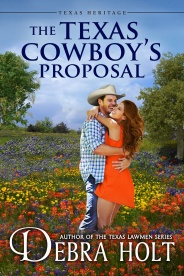