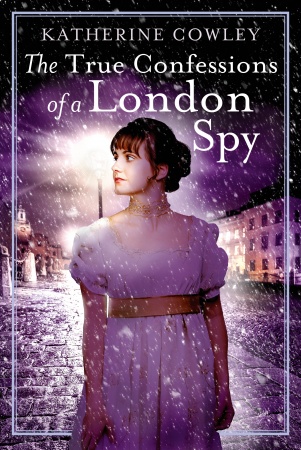 The True Confessions of a London Spy

No one said being a spy for the British government would be easy.

When Miss Mary Bennet is assigned to London for the Season, extravagant balls and eligible men are the least of her worries. A government messenger has been murdered and suspicion falls on the Radicals, who may be destabilizing the government in order to compel England down the bloody path of the French Revolution.

Working with her fellow spies, Mr. William Stanley and Miss Fanny Cramer, Mary must investigate without raising the suspicions of her family, rescue her friend Miss Georgiana Darcy from a suitor scandal, and solve the mystery before anyone else is harmed—all without being discovered, lest she be exiled back to the countryside.

This is the perfect job for a woman who exists in the background. Can Mary prove herself, or will this assignment be her last?

Order links for The True Confessions of a London Spy coming soon!