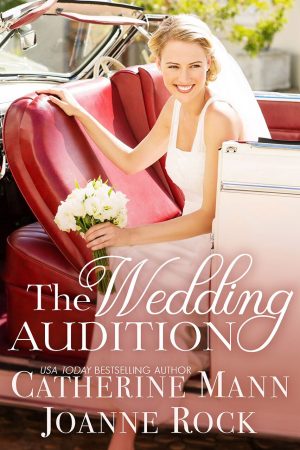 The tabloids call her the Hit and Run Bride after reality show star Annamae Jessup walked out on Atlanta’s favorite baseball player on cable television. Eager to escape her notoriety, Annamae takes a road trip to find the grandmother she’s never met and winds up discovering a whole lot more than a band of back woods relatives. There’s no escape from reality TV, even in Beulah, Alabama, population 3000.

The last thing Wynn Rafferty needs in his new life is a spoiled television princess who can’t even know his real name. He’s in temporary witness protection as an apple farmer after his undercover work put his life in danger. He needs to lay low until the heat dies down from his last case— even if he sucks at growing apples as badly as he sucks at relationships. But Annamae turns his new town into a media circus, unwittingly threatening the lives of him, her and most of Beulah. Wynn is an expert at keeping the world at arm’s length, but when it comes to Annamae, the only way he can keep her safe is to keep her very, very close.

Have a fling, Annamae.

She didn’t want her grandmother’s voice in her head right now. Not when Wynn looked at her like she was even more appealing than the strawberry pie she’d made. Yet she kept remembering Hazel Mae’s matter-of-fact prescription for getting over a bad breakup. Have a fling!

“What are we doing?” she heard herself ask, then winced since she sounded incredibly clueless. “I mean—I know where this is going. But—”

“I know what I want.” Wynn’s hands moved to her shoulders. “I’m one hundred percent clear on that. But I should make a run around the perimeter of the fences. Scan the camera feeds just to be safe. That’ll give you enough time to decide if we want the same thing.”

She opened her mouth then realized she had no idea what to say to that. She closed it again.

“But would you consider giving me five minutes to persuade the outcome of your decision before I go?” His palm shifted so he cupped her chin, his thumb running along her lower lip in a way that inspired wicked, carnal thoughts.

Her eyes fluttered for a moment before she realized how easily she played into his hands. Instead, she gave his thumb a bite.

His dark laugh didn’t sound at all deterred. “That works, too.”

Her cheeks burned. “I have no idea what you mean.”

“I hope you’re here when I get back, Annamae. I can’t wait to find out what a lie you’ve been living with this whole good girl thing.”

He strode away before she’d even caught her breath, the taste of his thumb still salty on her tongue.

Bagel barked at him as left, as if asking him to come back. If Annamae weren’t careful, she’d be panting after him soon too.

Oh wait, she already was.

The Wedding Audition is available in the following formats: 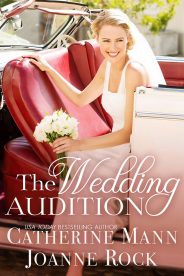 Did you know that The Wedding Audition and many titles are available digitally from Tule's own bookstore? Check it out!