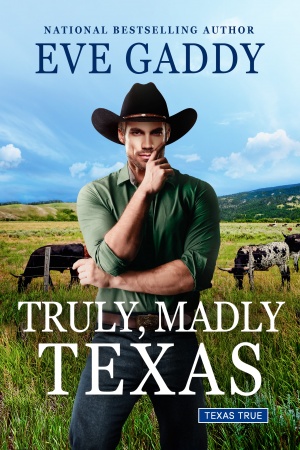 Can they turn one spectacular night into a lifetime of love?

After a disastrous ride forces world champion saddle bronc rider Chase Walker back to his family’s ranch to recuperate, he’s happy to distract himself for a night with a mysterious, gorgeous woman. It should have just been a one-night stand, but she’s unforgettable.

Thanks to her cheating ex-fiancé, Ella Slade is done with rodeo cowboys…until she meets a sexy cowboy who catches a thief who stole her purse. What harm can one night of indulgence do? A lot, apparently, because when she arrives at her interview for a ranch manager job, Chase turns out to be her prospective boss. She’s adamant she won’t mix business with pleasure, but Chase suggests a deal—Ella takes the job, and they pretend that night never happened.

The longer they work together, the harder it is to pretend. Chase knows he’s falling for his midnight lover, but can he convince Ella to risk her heart again?

Chase Walker knew that horse was trouble the minute he saw her. Sugar Lips—what a name for a saddle bronc—wasn’t new to the pro rodeo circuit but he’d never drawn her before. He’d heard rumors about her. Lots of them. She was wily. Unpredictable. She didn’t have one or two moves. She had too many to count. And she could throw them all into an eight-second ride.

She ought to be good for one hell of a score, he thought as he climbed into the saddle. Sugar Lips, naturally, didn’t cooperate. Why would she? It had taken twice as long as usual to get her saddled. She tried to ram him every which way in the chute, but he finally got adjusted without more than a few bumps and bruises. Making sure he was set, he gripped the rope, and said, “Let her rip.”

Sugar Lips shimmied out of the chute, threw a good-sized buck and then holy hell broke loose. She twisted and turned; she corkscrewed and bucked. Then she dropped—stiffening her front legs and double kicking with her hind legs, with a body twist thrown in, and Chase went sailing through the air and smashed into the dirt. He lay there stunned, gasping in pain, no more capable of getting up than if he’d had a cement truck parked on his chest.

Sugar Lips stepped on his chest. And that’s all she wrote.

When he came to he was being carried out of the arena. He tried to tell them to leave him the hell alone, that he could walk out under his own power, but he couldn’t get any words out. He found his voice when someone grabbed his left shoulder and he cut loose with every cuss word he knew. Damned if he didn’t nearly pass out again.

Two hours later he was at the hospital waiting for test results and stewing about the possible end to his season. Chase hadn’t been thrown so quickly since he first learned to ride broncs. He’d won the freaking Saddle Bronc World Championship for the last two seasons and was well on his way to winning this season’s, and that she-devil had thrown him as easily as if he’d been a rank amateur.

Dr. Mathews, an older man who’d been treating rodeo cowboys and cowgirls for close on forty years, and who Chase had known for at least ten of them, entered the room just then. “Well, Chase, I see you haven’t managed to kill yourself yet.”

“Ha-ha. What’s the verdict, Doc?” Maybe it felt worse than it was. Maybe his shoulder was simply dislocated and the doc could pop it back in and he’d only be out for a couple of weeks.

“’Bout the only thing you didn’t break is your head, but since you’re such a damn hardheaded cuss, that’s no surprise.” He put a film on the light box and flipped on the light. “You’ve got a fractured shoulder.” He pointed to an area that even Chase could see was bad. “You’ll need surgery for it. Then,” he said, exchanging one film for another, “there’s two cracked ribs. Lucky neither one punctured your lung.”

Shit. He’d had broken ribs before. They hurt but he could come back from them. Worst case he could strap them and ride. But a broken shoulder and surgery… “How long before I can get back, Doc?”

The doctor turned and stared at him. “You cowboys are all the same. No more sense than God gave a goat.”

“Ten weeks. Twelve weeks. Or you could be out for the season.”

“The season? No way.” Ten or twelve weeks was bad enough, but the doc could be overestimating how bad it was.

For a couple of weeks after his surgery, Chase was in a lot of pain and wasn’t much use. But then he started feeling better and he tracked down his brother Marshall to ask him what he could do to help. Obviously, mucking out stalls, which was what he found Marshall doing, or any kind of physical labor was out. “Where’s Stewart?” he asked, referring to the teenager who usually mucked out stalls.

“Out sick. Hopefully, he’ll be back in a couple of days.”

“I’m glad you asked,” Marshall said, pausing to lean on the shovel. “We need a manager.”

A manager? “You haven’t found a replacement yet?” Chase knew they’d fired the last manager when Marshall caught him stealing from them and manipulating the books to cover it up. But that had happened months ago.

“No, and Damaris and I are drowning in the work. We’re damn sick of doing that job and ours too. So, how about it?”

“Ranch management isn’t my forte.” He rubbed the back of his neck with his good hand.

“Learn,” Marshall said shortly. “You asked and that’s what we need.”

“You, Mr. Has-his-finger-in-every-pie, want me to manage the ranch? You’ll second-guess me every step of the way.”

“Not if you do a good job.” Chase snorted. “You should be glad I do pay attention,” Marshall continued. “Otherwise who knows how long our last manager would have gone on stealing from us.”

Marshall had a point there. “Of course it’s a good thing you caught on as early as you did. But that doesn’t mean—”

“Chase. We need your help. Badly. Now are you going to do it or continue arguing with me?”

Resigned, he gave in. “Of course I’ll do it. But we need to find another manager quickly.”

“Tell me about it. You can be in charge of that too.”

“You asked,” Marshall repeated. “Let me finish up here and I’ll meet you at the office to discuss what needs to be done now and what can wait.”

He went back to the house and Marshall came up a few minutes later. A thought had occurred to him as he walked to the office. “How much money are we out?”

“Too damn much,” Marshall said and quoted him a number that made Chase want to hurl.

“Any chance we’ll get any of it back?”

“What do you think?”

“So, no. Great.” He rubbed his hand over his head. No choice. He contributed physically when he wasn’t on the road or injured, and he contributed to the business as well as ranch upkeep monetarily, but Marshall and Damaris bore the brunt of the work. They’d done an excellent job, too, growing Walker Paints into a widely recognized horse business. Of course, there were still some people who thought they sold paint, as in what you painted a house with.

“We need to find someone before I go back on the road.” He’d helped manage the ranch in the past. He knew how much work went into it.

“That would be great, but it’s not that easy. Maybe you’ll have better luck.” He started to walk out, then added, “Ranch management books are on that middle shelf.” He gestured to one wall of bookshelves.

“Thanks.” He was going to need them. After talking to Marshall, Chase sat down and started sorting things into piles. He had four. Do Now. Do Soon. WIGATI—When I get around to it. And of course, the round file. It took him a while but he’d pared down the main stack fairly significantly when his phone rang.

Thankful for the break, he answered, though he didn’t recognize the number. Even a robocall was welcome at this point. “Yeah.”

Wyatt Kelly? What was the CEO of Kelly Boots doing calling him? He knew Wyatt, of course. Everyone in Whiskey River did. But they weren’t close enough for Wyatt to be calling him up out of the blue. “Hi, Wyatt. What can I do for you?”

“I have a business proposition for you. Can we set up a time for you and your agent to come to Kelly Boots and discuss it?”

“Sure. But I’m between agents at the moment.”

“Damn. Any idea when you’ll have a new one?”

“No, but we can discuss it without one. I’m a little down on agents at the moment. I should warn you though, I broke my shoulder and I’m not sure when I’ll get back on the circuit.”

“I heard about your accident. Sorry about that. But you’re still a two-time World Champion, aren’t you?”

“Well, then, I don’t see the problem.” They settled on the next day, after lunch.

Chase hung up and just sat for a moment. A business proposition and mention of his agent made him all but certain that it was some kind of endorsement deal. The fact that he was the reigning saddle bronc champ the last two years running made it even more likely.

Chase had had plenty of endorsement deals through the years. Everyone in the business did. The more prominent you became in rodeo the more lucrative the deals. A deal with Kelly Boots would be great. As for agents, his last one hadn’t stolen from him. Not exactly, anyway. No, he’d just screwed him out of two high-paying gigs by saying Chase was over-committed and couldn’t add another endorsement. Oh, and by the way, he’d told the prospective employers he had another client who’d be perfect for the jobs. One who gave him a bigger percentage than Chase did. So when Chase found out, he fired his ass.

And since he was sidelined now people weren’t exactly beating down his door. Wyatt had known about his injury but he wondered if Kelly knew he might be out for the season. And if he did, would that make a difference in the offer?

With an effort, he went back to work. He decided not to tell anyone about the phone call. He didn’t want to jinx anything. Not that he was superstitious. But it never hurt to be careful. Time enough to talk about it once he’d heard the offer.

Truly, Madly Texas is available in the following formats: 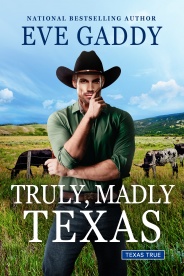 Did you know that Truly, Madly Texas and many titles are available digitally from Tule's own bookstore? Check it out!