Anne McAllister stopped by the Tule blog to discuss the fourth book in The Cowboy’s Code series, A Cowboy’s Gift! 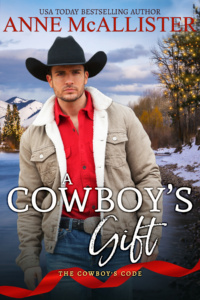 Where did you get the inspiration for A Cowboy’s Gift?

Like most inspiration, it didn’t come cut from whole cloth, as they say.  I love Christmas – and Christmas stories – and I remember well the Christmas programs we did when I was a child, so the inspiration for that part of the book came from my own memories. The footloose rodeo cowboy who became Gus was inspired by a footloose nineteen-year-old rodeo cowboy I was related to who was no more ready to settle down than a five-year-old. Even I knew that, and I was barely more than five myself at the time.  He was equal parts tough and sweet and smitten, but he had the staying power of a gnat.  About like Gus at nineteen.   He grew up to be a great guy – tough and sweet and smitten still, but eventually responsible, mature and steady as a rock.  I suspected my Gus could be that sort of guy.  Gus’s name – well, I owe that to several generations of misguided parents in my dad’s family who named their little boys the same name that Gus got.  No wonder they were all called Gus!  Mary’s willingness to be a surrogate, carrying the baby her sister couldn’t, came from a friend who did exactly that for her own sister. I was struck by what a gift she had given her sister and brother-in-law, and Mary seemed to me to be the sort of person who would be willing to give that sort of gift.

This is a heartwarming second chance romance. What drew you to this trope? What’s your favorite trope to write?

I like the trope for a couple of reasons. From a writer’s standpoint, given a short format of about 50,000 words, not having to spend a lot of time on the “getting to know you” phase of a relationship is a plus. You can just sort of dive right in and let the characters deal with the issues they already have with each other.  Conflict is easier to come by because they’ve already screwed things up once!  And that the second reason, really: I think, especially when people are young, like Gus and Mary, they don’t get it right the first time, and then they have regrets.  This is a way of giving them a second chance.  Wouldn’t we all, now and then, appreciate a second chance?  I don’t know that it’s my favorite trope, but it’s fun to write because there is always conflict built in – something to build on, to straighten out, something for my characters to tackle. 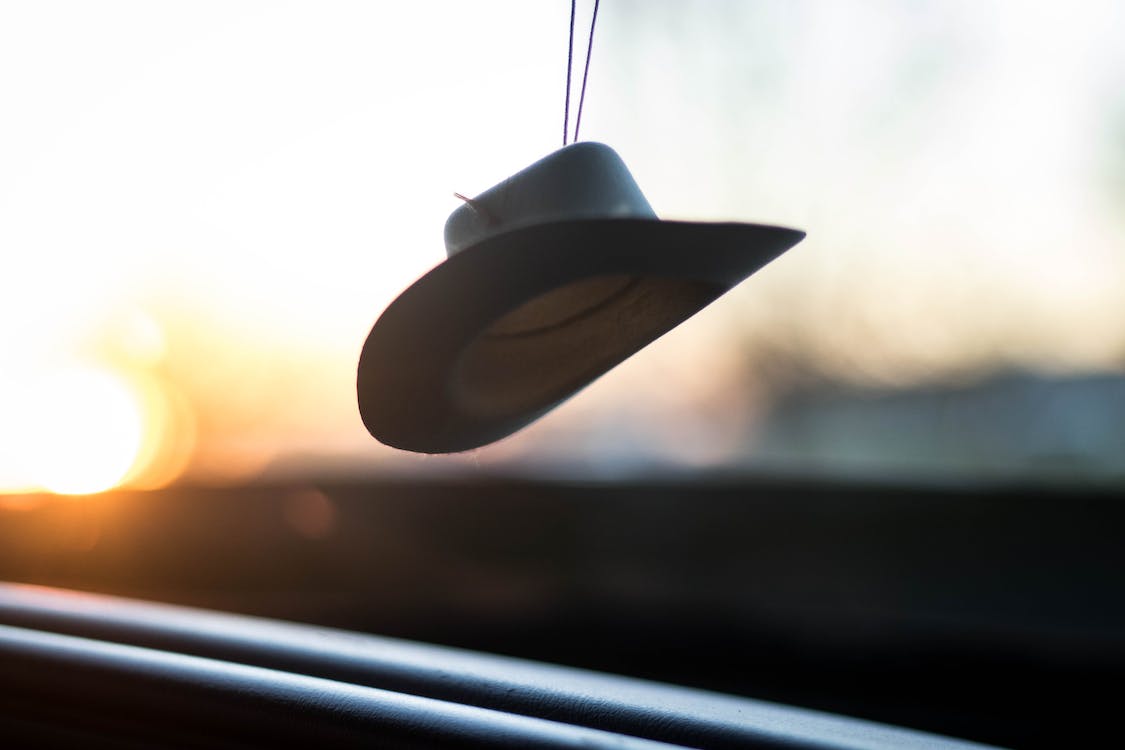 You’re no stranger to a classic cowboy romance. What do you think it is about these stories that have you (and readers!) coming back for more time and time again?

Well, they’re not billionaires (usually) so for me they’re more relatable.  I understand the appeal of the billionaire hero because he can provide security (obviously he’s a success), but the cowboy does a pretty good job of that, in his own way, too.  He’s the master of Getting It Done.  Someone said the other day they loved ‘competency porn.’  Sorry, I can’t remember who it was or I’d give their books a plug. But I thought, yes, competent heroes are, down to the ground, appealing.  There’s an old western saying about a good hand being one you wanted to “ride the river with.” But the appeal goes beyond competence, of course.  A cowboy who’s a hero is an honorable man.  He’s reliable (eventually, even if not at nineteen!), trustworthy, he cares for women and children and animals, and he’s a good friend (I just  checked the Gene Autry Code of the West mug I gave my dad years ago and which I now have back – and Gene agrees).  So he’s all that – and he looks pretty damn fine in Wranglers, long-sleeved shirts, boots and chaps!

We must have – we’ve been celebrating it as a family for a long, long time, and many things stay mostly the same, but there are usually variations on the themes of spirituality (which takes a variety of forms), and family (which gets more extended and wonderful every year)  and celebration – always.

I’m reading Katherine Center’s The Bodyguard which is fun so far. It’s my first book by her. I’m enjoying it.  I like heroes named Jack, so that makes it even better.  I’m also reading Tangible Things by Laurel Thatcher Ulrich which complements an EdX course I’m taking from Harvard University’s online offerings. It’s about looking closely and thinking broadly and learning what tangible things can tell us about life that is not just on the surface.  One of my class assignments was to pick an item and really examine it in every way I could think of; I chose a teacup, part of a set that had been in my family for 150 years at least.  Really  contemplating it – reflecting on all the people who had used it, the people who had made it, the process of getting the raw materials, the small line of gold leaf on the cup’s rim, the transportation that brought the cup to America from England in 1892, and why it had mattered more than other things that could have come instead  – all of that made for a fascinating experience. The book calls for the same attentiveness. It’s a thought-provoking read. 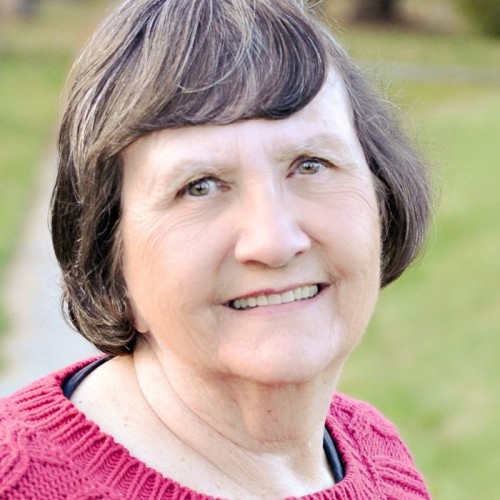