A question many romance writers get asked is “What was the first romance you read?” The answer is usually something along the lines of sneaking one of their mother’s or grandmother’s books as a young teen with a beautiful clinch cover and reading it in secret. Neither my mother, nor my grandmother was an avid romance reader, so my path to romance was through TV. Soap operas particularly. I used to be embarrassed to say I watched them, until I was in my twenties when I proudly owned my love and daily obsession with One Life to Live and General Hospital. The horror of coming home from work to discover my VCR had failed to record! I shudder to remember.

My journey to writing romance can be directly attributed to my love of soaps. The day One Life to Live went off the air was one of the most disappointing days of my life. But my love of televised romance lives on. There’s not nearly enough of it. I was thrilled with the Bridgerton adaptation on Netflix last year. A real historical romance come to life! 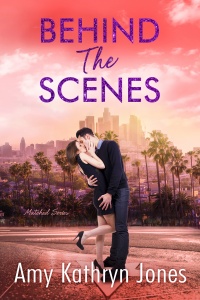 My book Behind the Scenes is the first in The Matched Series, which is directly influenced, by—you guessed it—The Bachelor franchise. I have a great fondness for competitive reality television shows (Survivor, Top Chef, Project Runway, Top Model, American Idol), I don’t discriminate. But my husband has a saying: “Reality TV– always entertaining, often disappointing.” Like that time Adam Lambert didn’t win American Idol. I still struggle with that moment. Often I don’t get the outcomes I’m hoping for, but I am always entertained by the journey.

The romance genre is predicated on happily ever afters. There are no disappointing endings in romance. Perhaps that’s why it’s the only thing I read anymore. I need the satisfaction of things ending up as they should. So what better way to combine my love of reality television and happy endings than to invent a reality show and turn the most dramatic season ever (thanks to my soap opera education) into an ending that will NOT disappoint.

The love stories on shows like The Bachelor or The Bachelorette often fall flat, and I find myself constantly curious about all the cameras surrounding them, the editorial process, and the influence of the producers on the outcomes. For example: why does that evil woman get to stay around when one producer could have told that poor man how awful she was?! Drama, right? The Matched Series plays with the notion of how the off-screen shenanigans might influence what we, as viewers, see in the final cut. Behind the Scenes is dramatic, there are twists and surprises, there are disasters and big, massive swoons. And of course, I leave the doors fully open so my readers will get to experience EVERYTHING my characters do. On the highly successful relationship show Matched, happily ever after are guaranteed, but sometimes they happen in a way no one could have scripted. 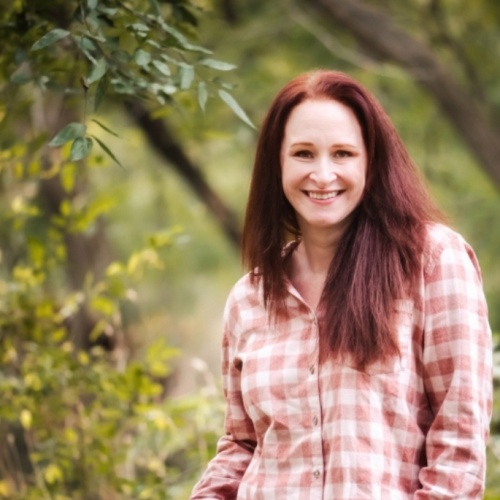 Amy Kathryn Jones is the author of steamy contemporary romance featuring a wide variety of swoon-worthy heroes and the women who never saw them coming. A labor and delivery nurse by trade, she’s no stranger to happy endings and new beginnings. She moonlights as a married mother of two and part-time pet wrangler, but she loves nothing better than quiet time at her home in Dallas, Texas.

A huge fan of reality TV, romantic comedies, and Pride and Prejudice, she has a soft spot for hot messes, men in glasses, hidden tattoos, and dimples that pop. Other passions include colorful pens, craft books, clever banter, and comfy clothes.

After being showcased in Pitch Wars, she went on to become a 2018 Golden Heart Finalist in the contemporary romance category.