Jamie Dallas stopped by the Tule blog to discuss the first book in her Hartman Brothers series, The Best Man’s Bride! 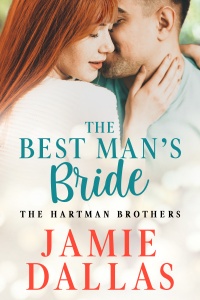 Where did you get the inspiration for The Best Man’s Bride?

Hailey came to me while I was daydreaming at work. She popped into my head marching down the sidewalk in the middle of a rainstorm in her wedding dress. She had just run out of her wedding; her dress and veil are soaked and weighing her down. All she wants to do is grab her stuff out of the hotel room and leave Houston before her ex catches up with her. Of course, the one person she least expects to find her and save her is the last person she wants to see, and it’s her ex’s friend, business partner and best man, Jace.

And the story just started from there. I went home that night and wrote the first chapter for The Best Man’s Bride.

I really liked Hailey because she goes the extra mile. She’s successful at her job because she gives it her all. However, sometimes she lets other people (for example, her ex-fiancé) dictate what success is for her and lets other people’s goals become her goals. I find myself at times doing just that. Sometimes I have to take a step back and think about what I really want out of a situation or what do I want to do next.

For Hailey, once she realizes what she wants, I love that she has the courage to put her foot down and decide that enough is enough. This is what she wants.

Jace is stoic and tries to keep a careful distance between himself and Hailey. He’s been hurt in the past by someone he loves, and if he doesn’t look out for himself, who will? However, despite the fact he needs Hailey for his business launch to go well, he also wants her to do what is right for her.

What song would be in the soundtrack to Hailey and Jace’s love story? Why?

Can’t Help Falling in Love – These two are stuck together at Jace’s place trying to meet a deadline. They are dancing around each other, trying to avoid their attraction while at the same time falling in love as they peel back the other person’s layers. They couldn’t help it, even if the timing wasn’t ideal.

Hands down the opening scene. Hailey was so miserable in that damp wedding dress with a veil that she didn’t even want to begin with, and of course, so put the cherry on top of the messed-up cake, someone drove through a puddle, soaking her to the bone.

A cold wave of water washed over her. Her breath stuck in her lungs at the sudden shock of cold. Goose bumps pricked her skin as tiny rivulets ran down her back and through her hair.

She was in the middle of Houston, soaked and dirty and a runaway bride.

Shit, shit, shit. The tears battered at the emotional barriers she struggled to keep up.

What had she been thinking, walking so close to the gutter? She should have known to stay on the other side of the sidewalk.

Peering through the tendrils of hair glued to her face, Hailey spotted a dark gray Porsche stopped a few feet ahead. The car that ran through the puddle.

She straightened, her muscles stiff and her dress limiting every movement. Her throat constricted as she worked her tight jaw.

The driver’s door opened, and a tall, dark-haired man stepped out of the sleek sports car.

Stunned, she could only stare. And for some unexplainable reason, her heart began to throb, the pulse full and hard.

Before she could open her mouth, she found herself trapped in the piercing gaze of Jace Hartman, Evan’s business partner, and only an hour ago, the best man at her wedding. 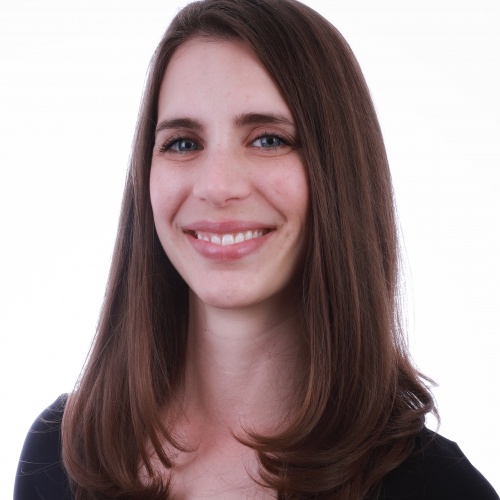 Jamie Dallas has been creating stories in her head for as long as she can remember. When not writing, she can be found either buried in a book, dreaming about storylines while out on walks, or baking yet again to avoid housework and chores. She lives with her husband and two demanding cats.