Leigh Ann Edwards stopped by the Tule blog to discuss the fourth book in The Witches of Time series, The Witch’s Reckoning! 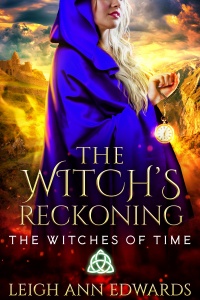 Where did you get the inspiration for The Witch’s Reckoning?

Much like with my Irish Witch series and the first three books in the Witches of Time series, the inspiration for the Witch’s Reckoning stemmed from my love of Ireland, witches, faeries, dragons––all things mythical or supernatural. I also combined those elements with my interest in time travel and my desire to create powerful, poignant, steamy love stories between fated soulmates.

I’m sometimes inspired by listening to Celtic music or looking at photos I’ve taken during trips to Ireland and other locations in the UK and Massachusetts. I also drew on memories of the many different castles I’ve toured and the beautiful rolling green hills, majestic cliffs, stunning land formations and enchanted forests I saw in Ireland.

This is the final book in The Witches of Time series. How do each of your heroines, Alainn, Arianna, Ainsley and Angelique differ from each other? How are they the same?

Although the four witches are exactly the same age, twenty-two, even born on the same date, albeit in four different centuries, Alainn is probably the most mature and thought of as the leader of the group since the other three are her descendants. Alainn is from the sixteenth century and has been through a lot in her short life. She’s learned to mostly control her temper, calm her jealousy, hold her tongue and choose her battles. She and Killian have been together the longest, already married for five years and in love for much of their lives. They also experienced a tragic heartache when they lost their newborn son which changed them both. It nearly broke up  their marriage but they worked through it. They also suffered some other really traumatic experiences that most couples wouldn’t have survived which might be why Alainn is less liable to stress about the small things. That’s not to say she isn’t really headstrong at times.

In appearance, Alainn has golden blonde hair and very blue eyes. As far as unique supernatural abilities, Alainn is the air witch and is capable of magical healing. She can also fly and create whirlwinds and tornadoes.

Arianna is from the late seventeenth century during the witch hunts in Massachusetts. She and Darius have been married about three and a half years. They had to fight to be together, too. Arianna is likely the most hot-tempered of the four witches and quite spirited. But she’s also extremely protective of those she loves and really funny, sometimes sarcastic, which provides some comedic moments. She’s very jealous which is a trait all transcendent witches share. Arianna has unusual scarlet colored hair and striking green eyes. Arianna is the fire witch and the only witch who can create purple hellfire which can’t be extinguished by water.

Ainsley is from the nineteenth century. She is usually fairly calm and sensible. She keeps her wits about her during a crisis. She had to learn to do so in order to excel as a skilled Civil War nurse. She is also an experienced midwife. Ainsley is very giving and understanding, but also really strong-willed when pushed. She has a dry sense of humor. She and Cal have been married for two years and were fated to live apart but they beat the odds and cherish being together again. Ainsley has shiny, jet black hair and large expressive brown eyes. Ainsley is the earth witch. She can cause earthquakes and create deep crevasses. She can also summon people or items from any century in time.

Angelique is from modern times/ the twenty-first century. She’s probably the least predictable of the four witches. She’s kind, loving and generous, but also has a quick temper and a jealous streak. Initially, really meek and accommodating, she now speaks her mind, is sometimes sarcastic and has some very funny sayings. She also swears quite a lot which isn’t really acceptable for a woman during the sixteenth century where The Witch’s Reckoning takes place. Angelique and Faolan have been together just over a year and also face lots of difficulties. She has curly auburn hair and deep blue eyes often compared to Alainn’s. Angelique is the water witch. Water heals her wounds and she can heal others when they’re near her in water. She controls water and creates tidal waves and hurricanes.

The four witches are similar in that they’re all very intelligent, uncommonly beautiful, magical and remarkably passionate in their lives and their love lives. They’re best friends, really close, like sisters. They defend each other and speak up for women or anyone who’s oppressed, abused or undermined.

They can all magically disappear or move to another location, move items, control weather and animals, speak through telepathy, see and talk to spirits and have powerful premonitions.

Actually, this story required the least amount of research of any of my books. I spent so much time researching for The Irish Witch series and the first three books in The Witches of Time––what they wore during each time period, the homes they lived in, what they ate, how they spoke, what type of weapons they had, what history occurred during each era, etc. that for this installment it only required reading over sections of my other books and some of my previous notes to refresh my memory.

Also, in this story, although the witches are back in time, they had all lived in the future for a while, therefore I didn’t feel the need to be quite so diligent about using words I didn’t believe they’d say during the sixteenth century. They were accustomed to hearing or using modern words/expressions.

I did do some research of different mythological creatures because several took part in the battle between light and dark magic.

Are your characters set before you begin writing or do you let them develop as you go along? What did that development process look like for this series?

I do have many aspects of each character decided when I begin the story. However, they always surprise me along the way. I kind of let them develop as they go. Sometimes I even question, would they really react that way when they might not have earlier in this story or in another book. They change and grow throughout the series and I believe their relationships with their men and each other tend to influence how they behave.

Living in the future for a while and getting closer to Angelique who has spent her entire life in an era when women have more rights and freedoms does impact the other witches, too. Though always strong-willed or determined, sometimes even stubborn as individuals, with the four of them together they tend to band together which causes some amusing or difficult moments for the witches’ men.

Their friendships developed so seamlessly through the book that I just let them go with it. However, it wasn’t a sickeningly sweet friendship between any of them where they never disagreed or didn’t call the others out if they were being difficult. They supported each other through the good and bad times.

The heroes and secondary characters all developed close relationships, as well. I enjoyed the camaraderie and joking between the men, too. They backed their women and their friends knowing they’d need to count on each other during the high stakes of the perilous battle they’d be part of between light and dark magic against the Dark Lord Odhran.

Additionally, I’m really excited to be writing my new four book series with Tule, titled Maidens of the Mystical Stones. The first book, Autumn’s Magical Pact, will be available September 26/22.

I look forward to being back next fall to discuss the series. Until then, wishing you many magical, memorable moments. 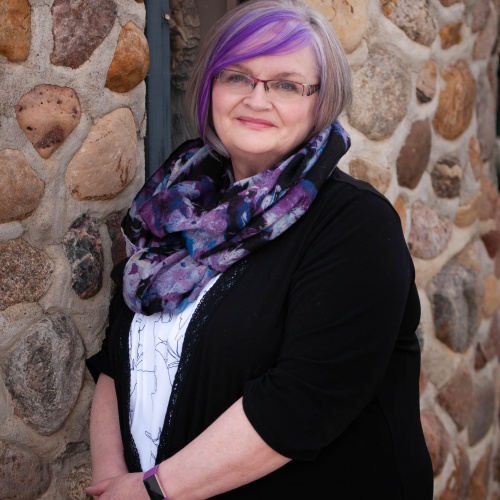