Barbara Hannay took some time to chat about her new release Outback Brides of Wirralong: Jenna 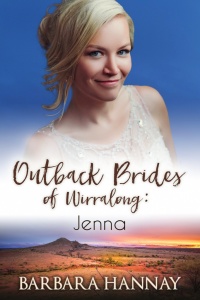 What is Jenna’s favorite thing about city living?
I think Jenna’s love of city life is primarily a reaction to her childhood in the Outback where she was scarred by sad events. She loves the pace of the city and her job, however, and the challenge of working in such a competitive environment where she more than holds her own against the men. This story traces her emotional journey as she comes to terms with her past and discovers a new challenge in working beyond city limits.

What do you imagine Sam does to unwind?
I imagine Sam saddles his horse for a relaxing ride along the riverbank. I’m quite sure he also enjoys throwing a barbecue for his friends, especially if this involves sitting around a campfire under yarning the stars. He’s also quite social, so I think he also enjoys a night out in town at a good restaurant.

What keeps a fling a fling?
A fling, to my mind, is essentially temporary. Neither Sam nor Jenna planned for their relationship to extend beyond Jenna’s brief stay in Wirralong, but we all know what can happen to even the best laid plans… (grin)

Your book touches on widespread drought. Did you have to research environmental patterns?
Not really, as our state of Queensland has been suffering with drought for several years now and we have relatives who live on a cattle property, so I know how hard it’s been for them. However, I did have to research some of the legal issues covered in this book. 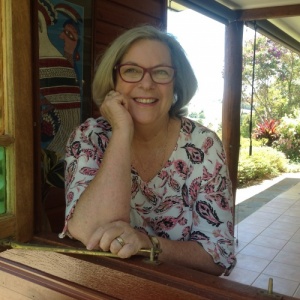 Barbara Hannay is a former high school English teacher who was first published in 1999. Since then she has written over forty books for Harlequin and has published eight single title novels with Penguin Australia.

With more than twelve millions copies sold worldwide, Barbara’s novels have earned her five RITA nominations from Romance Writers of America and she won a RITA award in 2007. She is also the recipient of two Romantic Book of the Year awards in Australia and one of her novels is currently being developed as a television movie by Brainpower in Canada. Barbara lives with her writer husband on a misty hillside in Far North Queensland..