H L Marsay stopped by the Tule blog to discuss the first book in her Chief Inspector Shadow Mystery series, A Long Shadow! 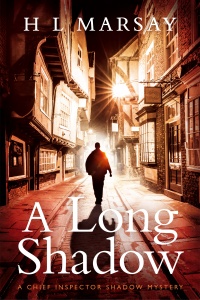 Where did you get the inspiration for A Long Shadow?

I have always loved reading mysteries and trying to work out “whodunnit”. I promised myself that one day, I would attempt to write one too.  A Long Shadow is the result of that promise and I am so happy it found a home here at Tule.

Although I get a lot of inspiration from my detective heroes and heroines, like Morse, Frost, and Miss Marple, my home city of York is a huge inspiration too. It is also where I wanted to set my story. York is a city crammed full of history, and I really liked the idea of connecting a crime that happened in the past to one being investigated in the present day.

A Long Shadow opens with the discovery of the body of a young homeless woman and later that day, the remains of another girl, who disappeared many years before are also found. It is up to Detective Chief Inspector John Shadow to discover if the two are linked. The title of the book comes from the saying, “old sins cast long shadows”.

In normal times, York attracts lots of visitors and it is a great place to people watch. Sometimes I find inspiration for a character just from the way someone walks or a snippet of overheard conversation. York also has plenty of dark alleyways and hidden corners, so it is the perfect place to plot a mystery. Below are a few photos of locations I used in the story.

Detective Chief Inspector John Shadow is a lover of good food. What would be his dream meal?

He does spend an awful lot of time eating! However, he is a terrible cook and the fridge in the galley of Florence, his narrow boat is always empty, so he likes to eat out. Each morning, he has a full English breakfast in Bettys, York’s famous tearooms. Lunch is usually something traditional like a steak pie in one of the city’s many pubs, but his real passion is Italian food. For reasons that become apparent later in the book, he spends most evenings in his favourite Italian restaurants. He loves all Italian food, but perhaps his favourite dish would be medaglioni di manzo (medallions of beef in a creamy mushroom and brandy sauce), washed down with a good Chianti of course.

Fortunately, it is much easier to walk around York than drive, so he has plenty of opportunity to burn off all those calories.

How do you relate to your protagonist, John Shadow, and how do you hope readers will relate to him?

I love Shadow and I hope readers will too! At first, he may seem a little grumpy, but he is honest, loyal, pragmatic and plain speaking (some might say a typical Yorkshireman). Unfortunately, events in Shadow’s past have turned him into a bit of a loner. He hasn’t been able to move on with his life, and I think that is something readers will be able to sympathize with. Although he isn’t very sociable it doesn’t mean he isn’t interested in other people. Often by remaining in the background, quietly observing rather than interacting, he notices little details that someone else might miss.

Shadow prefers to work alone, and he is not at all happy to be teamed up with his new sergeant, Jimmy Chang. Jimmy is everything Shadow is not; he’s energetic, enthusiastic and very eager to share all his theories.

Are your characters set before you begin writing or do you let them develop as you go? What did that development process look like for A Long Shadow?

Both Shadow and his sergeant, Jimmy Chang popped into my head fully formed, but it took a little longer to get to know the other characters. I had to listen for their voices, and they quite often ended up doing something I hadn’t planned for them. In A Long Shadow this is particularly true of three of the female characters, Cristina, Maggie and Sophie. Initially, I thought Cristina would just be a barmaid who provided an alibi for another character, but she became central in helping Shadow solve the crime. As for Maggie and Sophie, well they both turned out to be far more important than I ever expected.

It was a similar story with the plot development. The idea for “the crime” involving two young women who died thirty years apart came to me quite quickly, but it was weaving in the red herrings that took more planning.

I am re-reading The Mysterious Affair at Styles by Agatha Christie, to celebrate the fact that it is one hundred years since it was first published. I am a huge Christie fan, and this is the first book to feature Hercule Poirot, my favourite detective (after Shadow!). 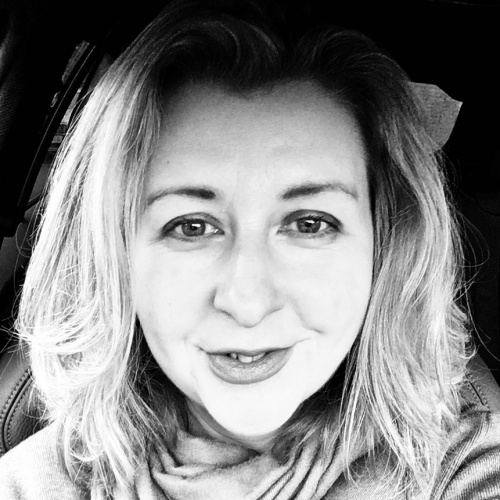