Dakota Harrison stopped by the Tule blog to discuss the fourth book in the With Love, From Kurrajong Crossing series, Hometown Cowboy! 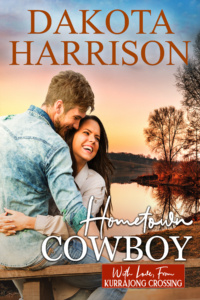 Where did you get the inspiration for Hometown Cowboy?

The Sam Hunt song Break up in a Small Town. I love his voice and the lyrics and I wanted to give the main male character a happy ending. ☺ Darby has loved Ryan for a long time. I thought it was time to sort that man out. ;)

Can you share a fun fact about your hero and heroine, Ryan and Darby, to help readers get to know them better?

Darby is a keen gardener and has an awesome veggie patch, she’s also scared of thunder. Ryan is a complete flirt but anyone he lets close is in his heart for good and he’d do anything for them. Anything at all. He also roasts his own coffee beans and is a complete coffee snob. His dog Bill is his foil. (Bill is based on a real dog I knew by the same name. Every time I went to his human’s home he would go get whatever toy was his current favorite and I’d have to throw it for him for ages.) 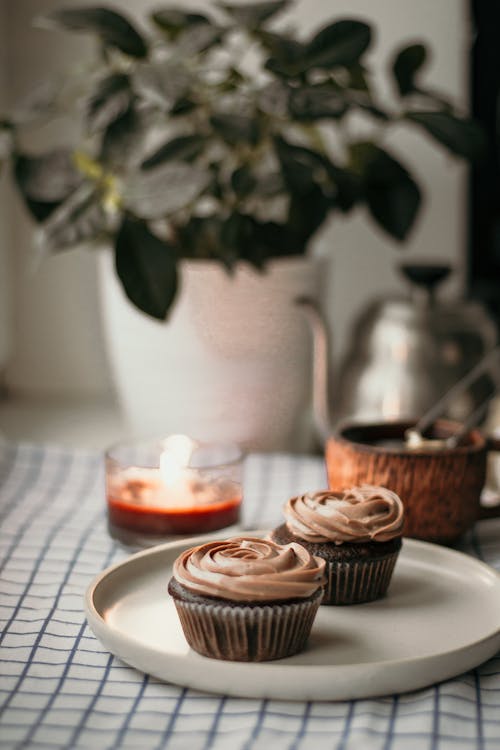 If you could spend the day in Kurrajong Crossing, what would you do and which characters would you visit?

Oh, man! That’s hard. I’d definitely get a cupcake at Kitty Cat’s, and sit outside on the Riverwalk to eat it, making sure George the Currawong didn’t get it first. Then I’d have to go say hi to Darby. She’s always so happy and friendly to everyone. Then it would be off to Maxine’s café for a milkshake. (You’ll meet Maxine not too far in the future.) If it was a weekend, I’d then have to go to the Casellati winery for their Sunday breakfast and drool over the four super-handsome Casellati men. The youngest, Dante, is the hero of my next book out in September, and he is such a sweetie!

My favorite? Hmm. I’d have to say the fight between Ryan and Gabe. I had the scene from Bridget Jones’ Diary running in my head for the whole thing, where the men fight over Bridget. It’s in no way similar, I just got the same vibe from it. A fight that isn’t a fight, but is.

The crunch of gravel and the rev of an engine pulled his head up. Gabe’s ute flew up his driveway.

Ryan closed his eyes momentarily, then stood. “Goddammit,” he repeated, resigned to what was coming.

“Bill, heel.” The dog wiggled his butt in the dirt, happy to see his friend Gabe, but obedient to the command.

The ute stopped in a spray of gravel toward the carport and Gabe hauled out of the driver’s side door.

Bill glanced at Ryan and he flicked his fingers in Gabe’s direction. The dog bounded toward him, looking for pats. Gabe ignored him and rushed at Ryan.

Gabe grabbed him by the shirt and hauled him forward.

“What the hell? I mean, what the actual fuck? You slept with Darby? Then you piss off and leave her to tell us she’s pregnant, all alone? Who does that? I told you to stay away from her!”

Gabe shoved him backward, hard. Ryan stumbled then straightened. Gabe shoved his hands through his hair and turned from him.

The rage on Gabe’s face would’ve scared him if he hadn’t already been gutted by the fight he’d had with Darby.

He didn’t have anything left to give.

“You screwed her, then she finds out she’s pregnant, then you dump her. What else is there to know?”

“I guess that’s what you would see. That conversation you’re referring to was over fifteen years ago. I would’ve thought that being an adult and all would imply that she can do what—or who—she damned-well wants.”

Gabe spun back. His fist hit Ryan deep in the gut, bending him in half. His breath burst from his body as pain registered and spread like lightning.

He dragged in a rasping breath and shoved himself forward, arms out. He connected with Gabe’s middle, the oomph of impact satisfying, if short lived.

They both hit the hard, compacted dirt. Ryan shoved at him and flung Gabe off and rolled onto his back, breathing hard. Bill whined and shoved his face into Ryan’s, licking his cheek. He scruffed Bill’s neck and gently pushed him away.

Gabe shoved at Ryan’s shoulder, both of them on their backs in the dirt, a half-arsed attempt at pushing him away.

Gabe’s breathless, pain-laced question sliced him deeper than any angry pounding ever could. He knew Gabe could’ve pounded him into dust if he’d really wanted to. The fact that he hadn’t flooded Ryan with relief.

At Gabe’s weary sigh, Ryan’s belligerence dissipated. Gabe had only come after him because he cared, for both him and Darby. Ryan knew that. And he knew it was one hell of a messed-up situation. It didn’t change the fact that he’d screwed up royally, but he knew Gabe’s anger came from a good place.

“That’s a lie. Of course I know why. Because I like her. I’m attracted to her. I always have been. After your wedding, she drove me home. It just happened, Gabe. It wasn’t some attempt to screw with you, to betray you or any of that shit. It just … happened.”

He glanced at his lifelong friend. Gabe scraped his hand over his face and shook his head as well as he could lying in the dirt of Ryan’s driveway.

“I’m assuming it wasn’t just one night. You know what? I don’t want to know. What I do want to know is where were you? Why did she have to tell us on her own, and why was she so damned upset? I can’t believe you’d turn your back on her. That really hurts, man.”

“That’s just it—I didn’t. I freaking-well proposed. I asked her to marry me and she turned me down flat.”

The shock on Gabe’s face couldn’t have been greater than if he’d told him he wasn’t human.

Ryan shook his head and stared up at the brilliant blue sky above. Puffy white clouds skipped across the wide expanse as he watched.

Ryan let out a humourless chuckle. “Yeah, a few stronger words than that ran through my head.”

“Are you in love with her?”

That question again. His gut tumbled and rolled. He wasn’t sure if the nausea was from worrying he’d lost his best friend, lost Darby, or both.

What are you talking about? You never had Darby to begin with. It was a bit of fun.

“She asked me the same thing.”

“And what? What do you want me to say? Profess my undying love and grovel like some lame-arse guy in one of those movies?”

Silence stretched. Ryan chanced looking at Gabe, who stared at him, his considering glare spearing his soul. “Am I a lame-arse for loving Emma, and admitting it? Is it such a bad thing to actually get that close to someone, to let someone in?”

He didn’t know how to articulate what he was thinking. It all didn’t make any sense.

Gabe stared at him in disbelief. “Wow. What a romantic. For someone who’s supposedly a ladies’ man, you sure know jack about women. No wonder she told you to get lost.”

A revving car engine caught their attention and they both twisted their heads to see who was headed their way.

Max pulled up with a squeal of brakes. He strode toward them and stopped, hands on hips, staring down at them still lying on their backs in the dirt.

“Are you both all right, or do I need to call an ambulance?”

Ryan sent him a half-hearted smile. “Depends if that big jerk over there is going to hit me again.”

“Depends if you deserve it,” Gabe muttered as Max helped him up.

Tethered Souls by Tiffany Roberts. It’s a Science Fiction Romance. SF/FR is my go-to for clearing my head when I’m writing contemporary romance. It gives me a brain boost and makes me sigh in contentment. And one of the main male characters is to die for. ☺

Thanks for reading, everyone! 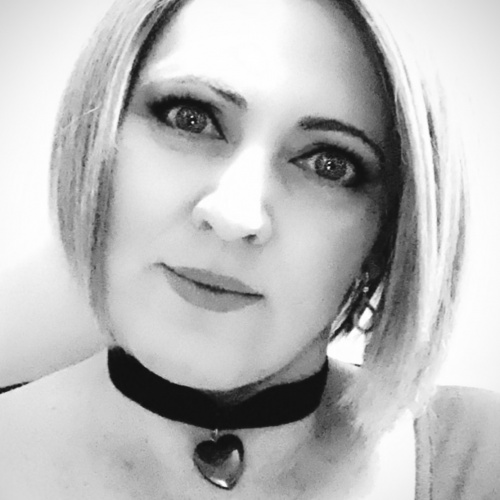 Dakota lives in a (not so) sunny part of Queensland, Australia, with her human and fur kids, and harbors a strange love of UGG boots. K- and J-Pop feature heavily in her home, especially when drafting her novels, drawing inspiration for her heroes from the music videos and anime, much to her children’s delight and her husband’s sufferance. She loves writing both alpha and beta heroes, all of whom she tortures and makes fall to their knees before their heroines and beg for mercy.