Fiona Marsden stopped by the Tule blog to discuss the sixth book in the With Love, From Kurrajong Crossing series, A Country Christmas! 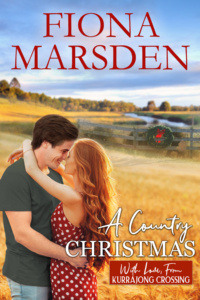 Where did you get the inspiration for A Country Christmas?

Gio and Moira appear briefly and separately in Xander’s story. They both arrived in my head fully formed, but I didn’t realize they were going to get together straight away. Gio was a recent widower with one pre-teen daughter. Xander’s grandmother wondered if he was a vampire because he was a bit Addams family in looks and never went out in daylight. He was, in fact, a writer 😉.

Moira joined the army to escape from her large family of brothers. She was certain she would never marry and have a family because with her mother dead, she spent her life being a domestic.

It occurred to me that someone who didn’t want to do the whole family thing would find a single dad with an obnoxious daughter a real challenge. <evil laugh>

All I had to do was figure out what might bring them together.

I have seven adult children, including one adopted son in the middle. That’s usually enough to make people curious. I was an only child and grew up reading Little Women and wanting a big family.

What has been your favorite part about writing stories in Kurrajong Crossing?

Working with Dakota Harrison. We have lots of differences, but we seem to work together well. 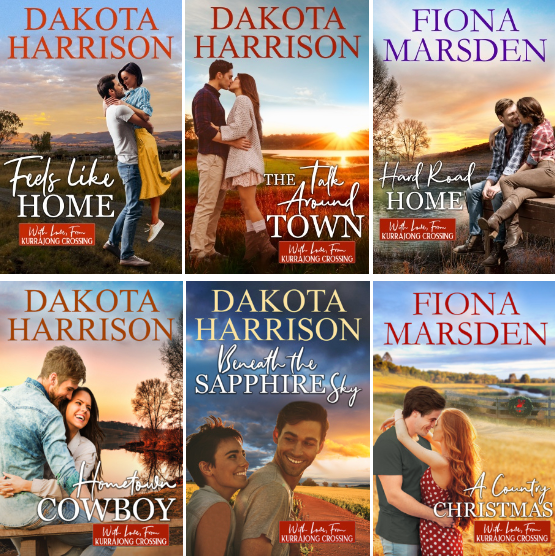 Is it difficult to write alongside another author in an already-established town?

The funny thing is that Dakota and I worked on creating the town together. It was just that I was a lot slower getting a suitable book finished for the series. I wrote one book that didn’t quite work and then had to start again. That’s why Dakota had two books out in the series before my first contribution.

If you could spend the day with Moira or Gio, who would you choose and what would you do?

I would probably choose Moira because I want to go for a flight over Kurrajong Crossing and see it from the air. She is a pilot and I love to fly. It’s amazing looking down at the world from up high.

We always get together as a family. We’ve been very lucky that most of the time we have most of the family, even in the years since they all grew up and have found partners. One daughter is in Berlin so we have to organize to FaceTime with her. I always cook Pavlova for Christmas.

I am what my librarian used to call an Avid Reader. I read a lot of category style romance which includes HM&B and of course Tule. It makes it hard to pin down what I’m actually reading. I do have Tule’s latest Wirralong series on my TBR for when I finish my current edits. 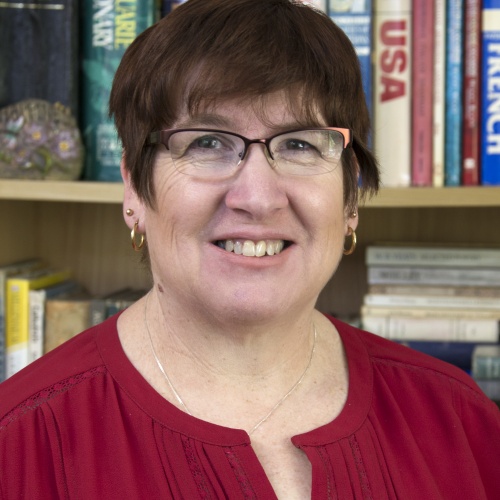 Fiona M Marsden started as an avid reader. She was late in finding romance novels, but once found, they became an addiction. Considering she wrote poetry and stories from a young age, it was only logical that the next step would be to write her own romances. Her favourite genres are contemporary and historical. She recently started writing rural romance reflecting her long years of country living in regional Australia.

Fiona is a hybrid author with several independently published works and contracts with Escape Publishing and Tule Publishing.