The Holley Sisters of Thornthwaite, Book 4 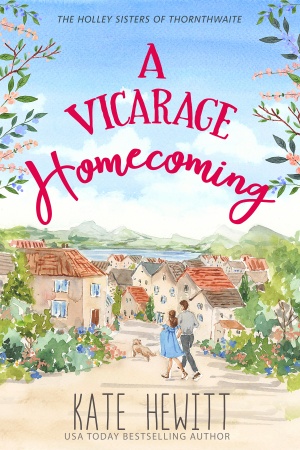 The Holley Sisters of Thornthwaite, Book 4

Can she find happiness and love in the place she once only wanted to leave?

As the youngest Holley sister, Miriam has always been a bit of a rebel. After spending several years backpacking through Europe and Australia, she’s now back home… unemployed and pregnant, with no boyfriend or husband in sight.

At first, Miriam only wants to hide away from the shocked and prying eyes of her father’s parishioners, but her sisters won’t let her. Determined to help her find her way, they urge Miriam to accept a job working as an assistant to Simon, the new vicar… and to think about what will happen when the baby comes.

As Miriam starts putting down roots, she finds an unexpected friendship in her sister Rachel’s ex-fiancé, Dan Taylor. And as she thinks about her future, she finds hope and healing in the most unexpected places. But when the past rushes up to meet both her and Dan, can Miriam stay the course?

“And you’re sure you don’t know who the father is?”

The hushed voice of one of St Stephen’s well-meaning flower guild members managed to carry through the closed door of Simon Truesdell’s study, and all the way to Miriam Holley’s ears.

She stilled, one hand resting on the old metal filing cabinet, the other on the small of her aching back.

“Miriam and I haven’t talked about that, Dorothy,” Simon answered carefully. “And really, it’s not my business to say, or even to ask.”

“But you’re the vicar… God bless her, of course, but it is all rather shocking.” This Dorothy woman managed to sound both gloomy and gleeful at the same time. “I don’t know what Roger or Ruth would think.”

“Roger and Ruth are very much looking forward to being grandparents,” Simon answered. “Thank you for the parsnips. Very kind of you.”

Miriam turned back to the filing cabinet as Simon, the new vicar of her father’s old parish, ushered the bustling busybody out. How many of her father’s former parishioners were gossiping about her, the youngest daughter who had returned to the cosy village of Thornthwaite—nestled in the steep green fells of the Lake District—from travelling the world, dusty and tired, and after a matter of mere weeks, visibly pregnant?

The worst part was, Miriam couldn’t blame any of them for thinking badly of her. She thought badly of herself.

“How are you getting on, Miriam?” Simon’s tone was just a bit too cheerful as he came into the study where she’d been filing old parish magazines, flicking through the welcome letters her father had written at the start of each one. Even in the impersonal typeface she could sense his humour, almost hear his jovial voice, and it caused her a pang of bittersweet sorrow.

He and her mother Ruth had left for a ministry post in China nearly three months ago, and it still felt like a shock. Every once in a while the realisation would jolt through her, as if she’d stuck a finger in an electric socket. Mum and Dad aren’t here. Ouch.

“Fine, Simon.” Miriam closed the filing cabinet and turned to him with as bright a smile as she could manage. “Sounds like you’ll be dining on parsnip soup for the next six months or so.”

Simon grimaced. “And I don’t even like parsnips. Dorothy means well, though. She keeps me well stocked in veggies.”

“She and her husband Allen have lived in this part of the world for forty years,” Miriam remarked. She’d placed Dorothy now—a gap-toothed woman with beady eyes and a bright smile who sat in the back row every Sunday, a rather squashed hat fixed firmly on her head. Miriam had always liked her.

“I gather you heard the rest of the conversation,” Simon said after a moment, a flush fighting its way from under his clerical collar.

“It’s not your fault.” It was hers. “Really, Simon, I’m okay with it. I’ve got to be, don’t I? You don’t come back to a village the size of Thornthwaite with a bun in the oven and not expect a bit of gossip, at the very least.”

Now she’d made Simon uncomfortable. Her pregnancy, visible as it was, seemed to be a no-go area. She usually tried not to think about it herself, but that was becoming harder and harder to do. “Sorry, I was trying to be funny. But in any case, I’d better go. Bailey needs a walk.” Since her sister Rachel had acquired a golden retriever puppy two months ago, Miriam had found herself acting as the dog’s main carer, especially now that Rachel was teaching full-time and in a serious relationship with pub owner Sam West.

Miriam didn’t mind the responsibility the way she’d initially thought she would; taking care of another creature felt good, as if she was actually doing something constructive with her life. For once.

“I’ll see you tomorrow?” Simon asked as Miriam shrugged on her coat and headed out the front door of what had once been the only family home she’d ever known, until her father had retired as vicar and they’d moved out of the vicarage three months ago.

“Yes, tomorrow.” She’d only been working for Simon as parish secretary for a few weeks, but the twenty hours of comfortingly mundane admin gave a structure to her life that she knew she needed. Before Simon had hired her, she’d done nothing but drift—in fact, she’d been drifting for years, content to take life as it came without making many decisions or taking much action. Her biggest concern had been where to globetrot next, but now, with a baby to think of, she knew she needed to stop and settle. She only hoped she could figure out how.

A Vicarage Homecoming is currently available in digital format only: 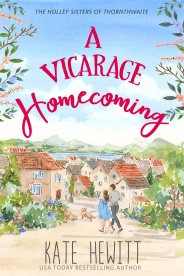 Did you know that A Vicarage Homecoming and many titles are available digitally from Tule's own bookstore? Check it out!