Maidens of the Mystical Stones, Book 1 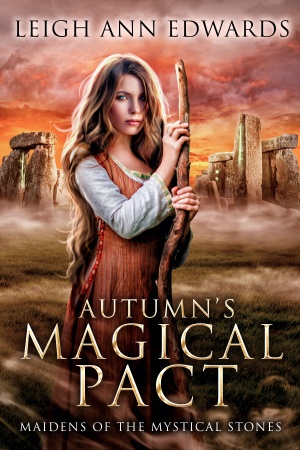 Maidens of the Mystical Stones, Book 1

Can one choice alter destiny or is fate set in stone?

After her father’s unexplained disappearance, the entrancingly beautiful healer Rhianwyn Albray finds herself in a perilous position. She’s nineteen, living alone, and unwed—which, by the king’s law, is strictly forbidden. Several men rally to claim her as their bride, but when a mysterious Irishman, Lord Broccan Mulryan, requests the king’s permission to wed her, Rhianwyn immediately objects. Though he is handsome and there is an undeniable physical attraction, he’s also demanding, arrogant, and not husband material.

Rhianwyn meets with her three closest friends, Elspeth, Selena, and Lilliana, at the mystical stone circle near their small English village. Bemoaning their inevitable and undesired fates, each presumes the others will fare better. Then a peculiar old crone offers them a magical opportunity to trade lives—a binding pact that will forever change them, their friendships, and their destinies.

With a world of possibilities ahead of her, Rhianwyn must decide: is there a future for her with Lord Broccan?

This book will begin shipping September 26, 2022

Autumn’s Magical Pact is currently available in digital format only: 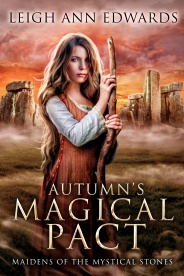