Christmas Around the World, Book 4 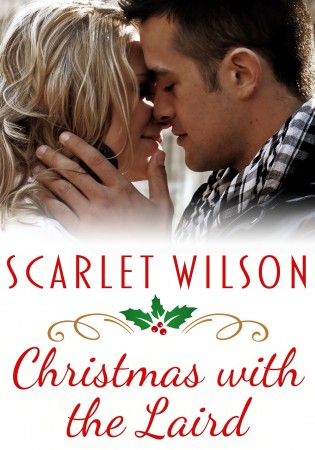 Christmas Around the World, Book 4

Christmas with the Laird

It’s official – for Juliette Connolly Christmas is a bust and she’s definitely not in the spirit of Christmas. She’s been dumped by her boyfriend and replaced by a younger model. Then a clause in her contract means she and a mysterious colleague have to work over Christmas. But there’s much more to Andrew Campbell than meets the eye. Especially when it turns out he’s the Scottish Laird of the haunted house they’re filming in.

And it seems like there’s magic in the air in the remote snow-filled setting. The local village contains a cast of Christmas characters and even though the boiler in the drafty house is broken the temperature is definitely rising.

Maybe Andrew and Juliette are about to be sprinkled with a little Christmas fairy dust?

They were walking towards the kitchen now where they would film the last segment.  Juliette couldn’t hide the serious expression on her face.  “You don’t believe in ghosts do you?”

Somehow he knew this answer was important.  The tone of her voice, the whole stance of her body had changed.  It was amazing what a cameraman’s eye could pick up.  When Juliette was getting angry she had the tiniest tick under her left eye.  No-one else would notice.  But Andrew did.

He sighed.  “I’m just saying that I’ve never saw anything that’s convinced me that ghosts exist.”

She stared at him.  “You mean, in all the houses we’ve visited – all the ruins – you’ve never seen anything, felt anything that made you wonder?”

The tick appeared instantly.  But it wasn’t the tick that bothered him.  It was the slight tremor in her voice.  She wasn’t looking at him.  She was looking behind him, focusing on something else.  Why didn’t she want to look at him?  Was he making her uncomfortable?

He’d always thought that Juliette just treated this as a job.  He’d never thought she actually believed.  “Lack of heating.  A draft.  All of those things can be explained.”

“Not when they make you feel something in here.”  She pressed her hand to her heart.

He didn’t know what to say.  His stomach churned.   Did she know something?  Had she sensed something in Garnock Hall?  Because if she had, this conversation had to end now.

“Where did you go upstairs Juliette?”

Her face instantly flushed.  Now she was looking at him.  And the expression on her face told him everything he needed to know.

But he couldn’t deal with this.  He’d spent the best part of twenty years not dealing with this.

“I wasn’t sure what room to look in.  I had to open a few doors…,” her voice tailed off.

She walked over and touched his arm.  “I didn’t mean to.  I was just looking for the decorations.  I didn’t realise it was Douglas’s room until I was right inside.”

He flinched as she said his brother’s name.  “Parts of this house are private Juliette.  I shouldn’t need to spell it out to you.  You’re an adult.  You should know.  There are some places that are only for family.”

Christmas with the Laird is available in the following formats: 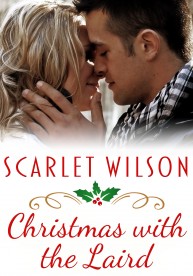 Did you know that Christmas with the Laird and many titles are available digitally from Tule's own bookstore? Check it out!