Guardians of the Isles, Book 4 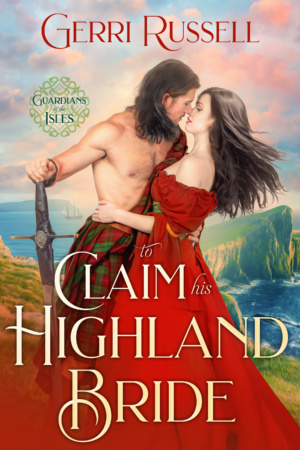 Guardians of the Isles, Book 4

To Claim His Highland Bride

Destiny claims they are mortal enemies, but their hearts say otherwise.

When Rowena MacLeod falls in love with the son of her family’s greatest enemy, her laird brother refuses to grant her hand in marriage until Marcus MacDonald can provide for his sister. Marcus, now penniless after being disowned by his clan, sets sail to seek his fortune as a privateer. Rowena waits faithfully for her beloved, but on the day Marcus returns, she’s kidnapped by a vengeful MacDonald.

Marcus lost many men while seeking his fortune, and he’s determined to make amends by sharing his wealth with their families. Believing he can now no longer marry, Marcus refuses to pay Rowena’s ransom, instead offering to take his cousin to Uamh Oir, the Cave of Gold, and relinquish any treasure found. When Rowena escapes, she insists Marcus marry her and take her aboard his ship. With their plunder, she’ll make a new life for herself far from him and her family—provided they don’t consummate their marriage.

As danger surrounds Marcus and Rowena, can they resist the love and desire that’ve been tangled up in family duty and betrayal?

This book will begin shipping February 14, 2023

To Claim His Highland Bride is currently available in digital format only: 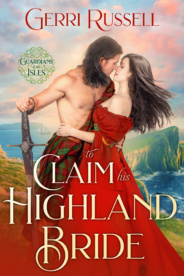