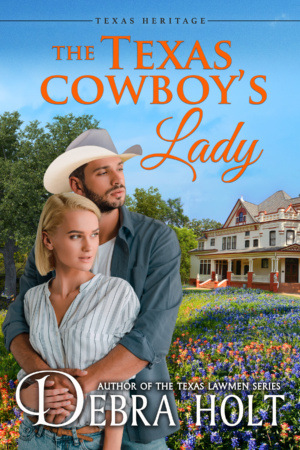 Which shines brighter: Hollywood lights or the Texas stars?

Laurel Burkitt, who owns half of the mega-ranching empire known as the Aces High, shook the Texas dirt off her stilettos a long time ago. She’s all about high fashion, sleek cars, and adding movie awards to her shelves. No dark-eyed, sexy, hard-driving, country-living cowboy is going to rope her into being his country darlin’…as long as her brain keeps control over the traitorous yearnings of her heart.

Jaxson Hawkes, foreman of the Aces High, was born to the saddle and to being a cowboy all his days. So it took him a while to finally bare his soul to the spitfire he grew up adoring. He expected Laurel to choose between him and Texas and her dream of California gold. Her choice broke his heart.

Now Laurel’s back and her ideas of merging California with Texas aren’t sitting too well with Jaxson. There’s a showdown coming between them, and when the dust clears, will he send her packing on that shiny plane once and for all? Or will the lady claim the cowboy’s heart for good?

The Texas Cowboy’s Lady is available in the following formats: 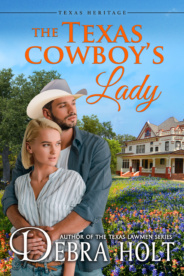 Did you know that The Texas Cowboy’s Lady and many titles are available digitally from Tule's own bookstore? Check it out!