Christmas Around the World, Book 2 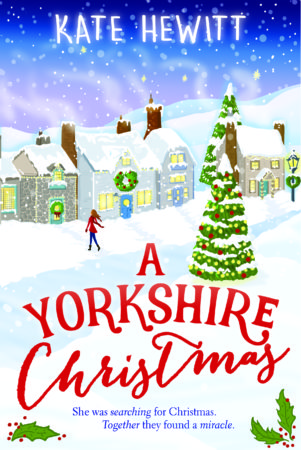 Christmas Around the World, Book 2

New York City girl Claire Lindell isn’t looking for a Christmas miracle or happiness when she abruptly decides to hole up for the holiday at her godmother’s cottage in a little Yorkshire village, and lick her wounds from a near disastrous romantic decision.

After her car skids into a snow bank, Claire may have accidentally found her perfect Christmas and the family and love she’s craved when she offers Noah Bradford of Ayesgill Farm help to push the back end of one of his sheep out of the icy mud, even if she’s going to ruin a brand new pair of Prada boots during the rescue.

What’s a little leather when love’s on the line?

“So what’s an American, and a New Yorker at that, doing in Yorkshire?” Noah asked as he plunked two tea bags in chipped, ceramic mugs and poured boiling water on top.

“Having Christmas by myself.”

He arched an eyebrow, and too late Claire realized how pathetic it sounded.

“I mean,” she explained awkwardly, “that’s what I want. A quiet Christmas, with nobody around.” Now she sounded like Scrooge.

“Sounds good to me.” He stared at her rather broodingly, seeming disinclined to ask any more questions, which suited Claire fine. She wasn’t inclined to explain why she wanted to be four thousand miles away from family, eating a Christmas dinner for one, probably a pizza.

Noah tossed the tea bags into the sink, where they landed with a wet thud. He poured milk into the mugs and then reached for a chipped sugar bowl, arching an eyebrow in Claire’s direction as he hefted the spoon.

“Yes, please,” she said, thinking she could use a sugar hit, and he dumped two heaping teaspoonfuls of granules into each of their mugs and stirred. Wow. That was a lot of sugar.

He handed her a mug, wrapping one lean, brown hand around his own as he braced a hip against the sink. Claire felt an impulse to make small talk, which she resisted. Noah Bradford clearly wasn’t one for pleasantries, and she was feeling too tired and overwhelmed to do more than sip the syrupy-sweet tea.

“So your car,” Noah said after a moment. “It’s stuck on the high road?”

“The road from the highway, yes,” Claire answered. “I skidded and plowed right into a snow bank.”

Noah glanced out the kitchen window, the icy rain still sheeting down. “There’s no point getting wet. I’ll fetch your stuff for you.”

He drained his mug and set it, unsurprisingly, on the countertop, along with half a dozen others that had been left and forgotten. Claire took another sip of hers; she’d barely touched it, but Noah seemed ready to go.

The Border collie stirred from his place by the Aga as Noah reached for his waxed jacket and shrugged it on. Claire put her tea down and started putting her still-damp things back on.

A few moments later they were back outside with the wind blowing the rain into their eyes. Claire followed Noah over to a battered Land Rover; he opened the passenger door and she climbed in, breathing in the scent of dog and sheep and man, not an unpleasant combination of aromas.

Noah got in the driver seat and slammed the door before wiping the water from his eyes. “Not pretty out there,” he said, and Claire murmured an agreement.

Then he started the car and drove away from the farm, down a long, curving, snow-covered lane.

A Yorkshire Christmas is available in the following formats: 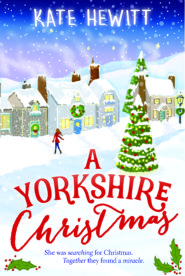 Did you know that A Yorkshire Christmas and many titles are available digitally from Tule's own bookstore? Check it out!