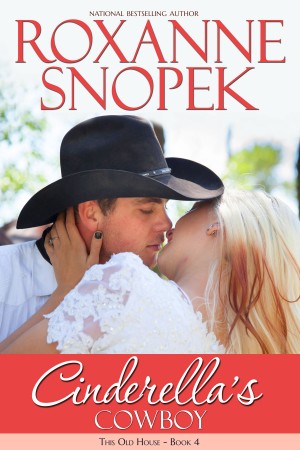 Chad Anders doesn’t know why mousy Cynthia Henley trips all over her tongue when she’s around him. Nor does he understand his undeniable attraction to this good girl. Wild and sexy is his type, like the dream-girl he caught a glimpse of years earlier he’s never forgotten.

Cynthia’s superpower is invisibility, especially with men. It’s better for everyone that way. Besides, she’s got a cat. She’s okay. But when playboy-rancher Chad hires her, she’s got a chance to shine. Professionally, at least. Until she learns of his fascination with a mysterious dream-girl, who was actually nothing more than a shy teenager on an ill-advised dare all those years ago. Cynthia knows she’s no man’s dream-girl and never will be.

But there’s magic at the ball. Princesses glow in the starlight, princes appear out of nowhere, and, sometimes, they look a lot like cowboys…

Who knew the little blondie was hiding a tease under all that stern professionalism?

Chad ushered Cynthia to their booth in the already crowded pub, watching as heads turned away from TVs to watch the waving motion of her skirt.

She was wearing more than any other woman in the place, or at least, showing less skin, but somehow it was working for her. Not everything was left to the imagination; he could see a swell of cleavage when she moved just right, and there was a perfectly fine booty bouncing under that flirty little dress.

“Hey, you two!” Mardie, their sunny-faced waitress, handed them each a menu. “I didn’t know you were dating.”

“It’s a business thing.” Cynthia pulled out a stack of files and plunked them on the table. “I hope you don’t mind if we stay a while. We’ll order, of course. He’s buying.”

“I thought you wanted to go Dutch?”

“I’ll, uh, give you two a minute,” said Mardie, backing away.

“I changed my mind.”

“It’s a business meeting. You’re a difficult client, therefore, you’re buying. End of story. I’ll have the spinach salad and a ginger ale.”

She snapped her menu shut and looked up at him, blinking innocently.

When Mardie returned, he ordered for them, tacking on a share-plate of loaded nachos, one beer and one glass of white wine.

“Beer and wine?” she said after Mardie left. “I hope you’re thirsty.”

“The wine’s for you.” He reached over and touched her hand. “Am I really being difficult?”

She blinked, but didn’t pull away. “As fun as all this… flirting is… we have a lot to do,” she said, finally. “Once I’ve got a game plan for your project, I’ll feel better. We really need to get to work. This is business for me, Chad.”

He sat back. Her mild chastisement rankled.

This project meant a lot to him, too. Using his late biological grandfather’s money to create a charitable foundation was the only way he could stomach the too-much, too-late, guilt-inspired windfall. Accepting the land ten years ago had been one thing; Anders Run was Chad’s first real home, and he figured Grandad owed him that much. But where’d all that cash been when he and Eric were hovering in the food bank line-up behind their red-faced mom? He had no interest in the money, now.

Putting Granddad’s wealth toward helping disadvantaged kids, helping Logan create homes out of broken-down heritage houses, had a beautiful circularity to it.

But Cynthia didn’t know that, of course. To her, he was just a good-time cowboy with more money than brains, out for a good time with a pretty girl, nothing more.

And why not? Isn’t that the image he cultivated?

“Here you go,” said Mardie, setting their drinks in front of them with a flourish. “Beer for you, wine for you. I’ll be back shortly with your nachos.”

After Mardie left, Chad took a deep breath. “And that’s why DMC Solutions is perfectly positioned for my business needs,” he said. “You’re keeping me on track, and I haven’t made that easy for you. I apologize, Cynthia.”

She looked across the table at him, as if uncertain how to respond.

He nudged her wineglass toward her. “I’ll answer all your questions, and we’ll get this thing planned and organized to your heart’s content. How’s that sound?”

He lifted his glass to hers. “Cheers. To you. Tough, talented and tenacious. Exactly what I need.”

Cinderella’s Cowboy is currently available in digital format only: 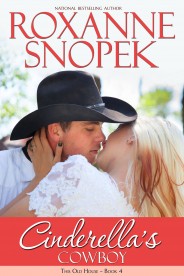 Did you know that Cinderella’s Cowboy and many titles are available digitally from Tule's own bookstore? Check it out!