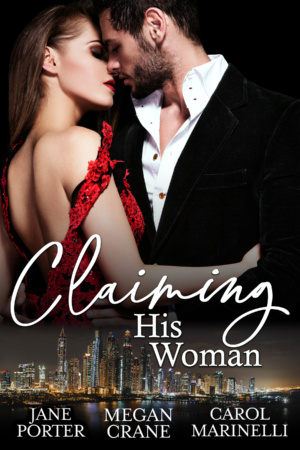 Malcolm McKenzie will never forget that night in New York when he put Ava Galvan in a taxi following a heated argument, and the Argentine beauty was involved in an horrific accident—one that ended her career as an acclaimed soloist with the Manhattan Ballet, and impaired her memory and ability to live an independent life.

The Scottish tycoon and philanthropist lives with his guilt, and another consequence:  Ava was pregnant with his child the night of the accident.  Ever since that night, Malcom has raised Jack as a single father.

But Ava is stronger now, and Jack wants his mommy to come home.  Malcolm has never stopped wanting her and he’s determined to do whatever it takes to claim Ava—with or without her consent.

Newbie lawyer Scottie Grey spent entirely too many years listening to her ex-fiancé’s lies. Now that she’s finally kicked that cheater out of her life, she wants to waste no time getting rid of the albatross around her neck: her virginity.

Damon Patrick is the worst possible candidate for the project. He’s too good-looking, too experienced. He’s too well known around San Francisco—mostly for his many sexual exploits.

Damon is the worst man for the job imaginable… which might just make him the only one Scottie can imagine giving her virginity to after all.

Bound to the Sheikh by Carol Marinelli

Sheikh Ashim Al Raquar, Crown Prince of Alzaquan, knows he must return to his country and leave his playboy reputation far behind him. It will be a wild journey home, though—he intends to party on his yacht right to the edge of the desert. And then he meets Emily, a corporate flight attendant who’s in the south of France hoping to find herself after years of taking care of her husband.

A sensual, charismatic lover with a reputed dark edge to his bedroom skills is the very last thing Emily needs.

Or is it the first? 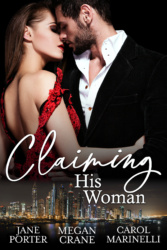 Claiming His Woman is currently available in digital format only: 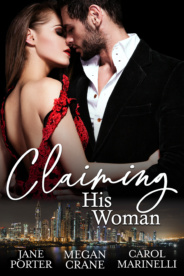 Bound to the Sheikh →